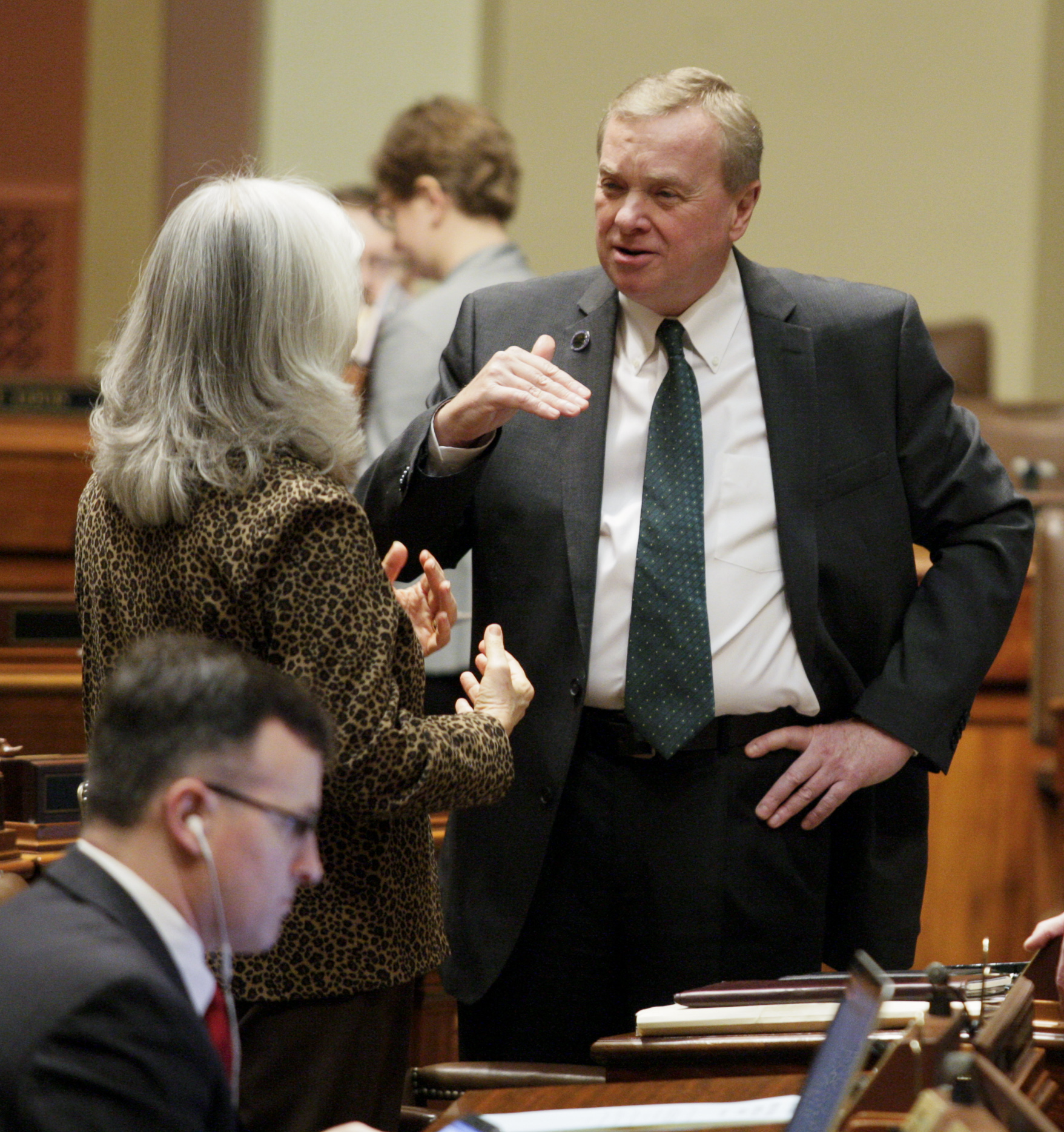 In a vote that some lawmakers hailed as a first step toward curbing the rising costs of college, the House on Thursday passed an omnibus bill that would freeze tuition for two years at both of Minnesota’s public higher education systems.

House members voted 86-44 to approve a plan that would spend $2.72 billion on higher education over the next two years, an increase of about $150 million over current spending. Most of the new money would fund a tuition freeze for resident undergraduates at both the University of Minnesota and the Minnesota State Colleges and Universities system. Research and new initiatives would get a much smaller slice.

“It is time to send a strong message to the institutions,” said Rep. Ryan Winkler (DFL-Golden Valley). If the public puts more money into higher education, “The students are the ones that should benefit.”

Thursday’s floor debate on the omnibus higher education finance bill followed more than a dozen committee hearings at which House members picked apart the budgets of MnSCU and the university. Some legislators have criticized both systems for what they see as unnecessarily steep tuition hikes and excessive administrative spending.

Winkler was quick to add that lawmakers, through votes cast over many years, share responsibility for the costs borne by today’s students. “It has been the Minnesota Legislature that has dramatically defunded higher education,” he said.

Before voting, the House amended the bill on Thursday to shift $543,000 from the university’s appropriation to the state grant program. That’s the amount the university is spending this year on two independent studies of its administrative costs and efficiency, said Rep. Steve Drazkowski (R-Mazeppa), who proposed the change.

The bill includes language intended to increase legislative oversight of higher education, requiring more detailed spending reports from both systems. Its House sponsor, Rep. Gene Pelowski Jr. (DFL-Winona), said that the House Higher Education Finance and Policy Committee – which he chairs – will consider more accountability measures in the next year.

Several Republicans praised the bill, with Rep. Glenn Gruenhagen (R-Glencoe) calling it an attempt at “real reform in government spending.”

Rep. Bob Barrett (R-Lindstrom) opposed the bill, arguing that the university should fund lower resident tuition by increasing the rate charged to out-of-state students. “The people of Minnesota are subsidizing nonresident tuition,” he said.

House members replaced the Senate language with their own plan when the omnibus bill was heard in the House Ways and Means Committee April 18.