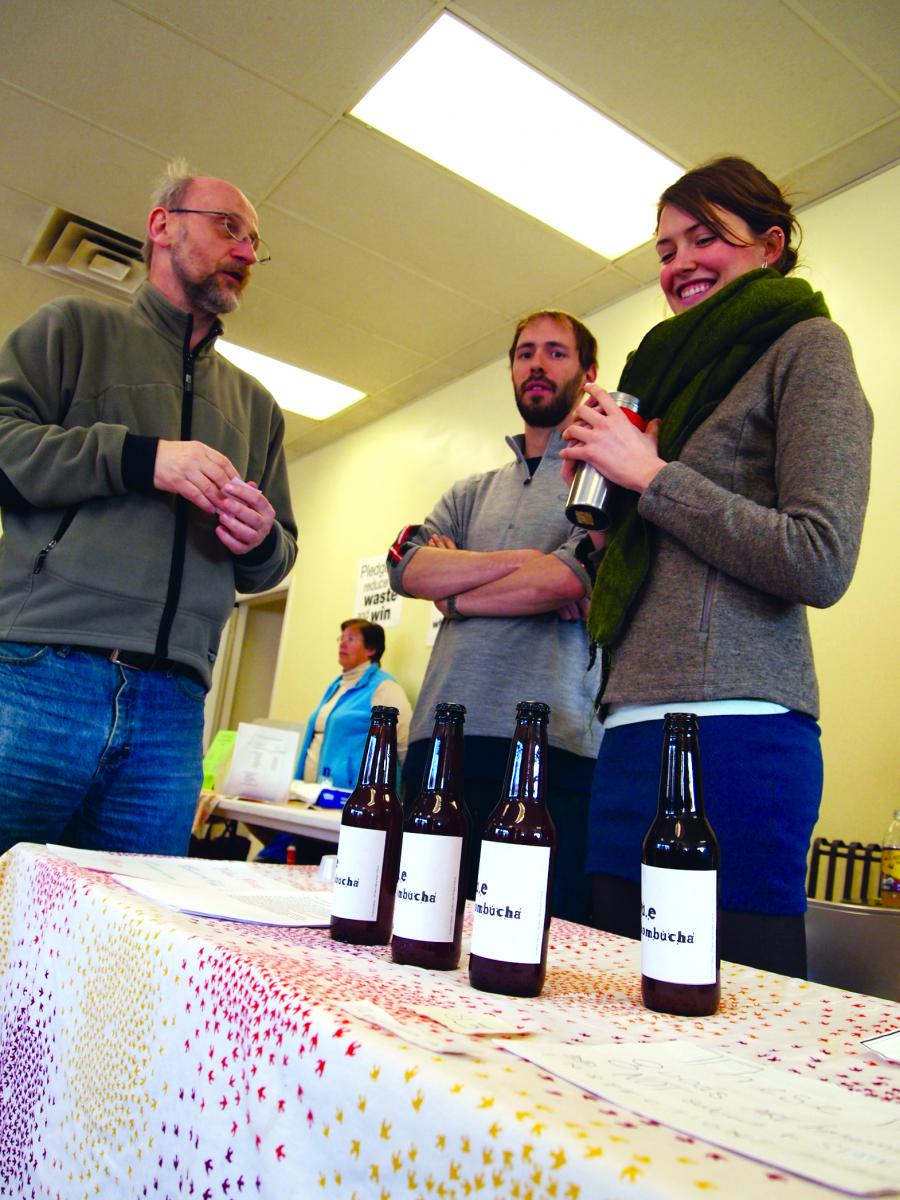 A great place to lose your tongue and at least a few bucks – the Indoor Market at the Eastside Food Coop January 8 was the first sunny Saturday of the season’s run. I tried a peach/pepper jam (delightful/hot, and I could imagine it with brie) followed by Bill’s Hot Mustard on pretzels, which sent me scrambling for relief at the Q.ue Kombucha table.

There, Andrea Odney and Dustin Szumowski of Columbia Heights offered samples of a “living beverage full of antioxidants, probiotics, complex B vitamins and amino acids.” A handmade sign discloses that it is homemade and not subject to inspection.

“It’s the pickle bill,” Szumowski said, and they explained that there’s enough acidic content in various types of things that can be canned or bottled without a commercial license, “that it’s likely safe to begin with.”  So state law allows sales at farmer’s markets, community events and social events as long as the maker doesn’t go over $5,000 in sales and displays the sign.

Traffic was great on the 8th. For the November market, it snowed. For the December market, it blizzarded. Odney said they had fun, though, with just four market vendors in the former Granite Studio space and the Coop staffed up since it was their anniversary, so they watched people hurrying past, and cars getting stuck and unstuck in the snow. 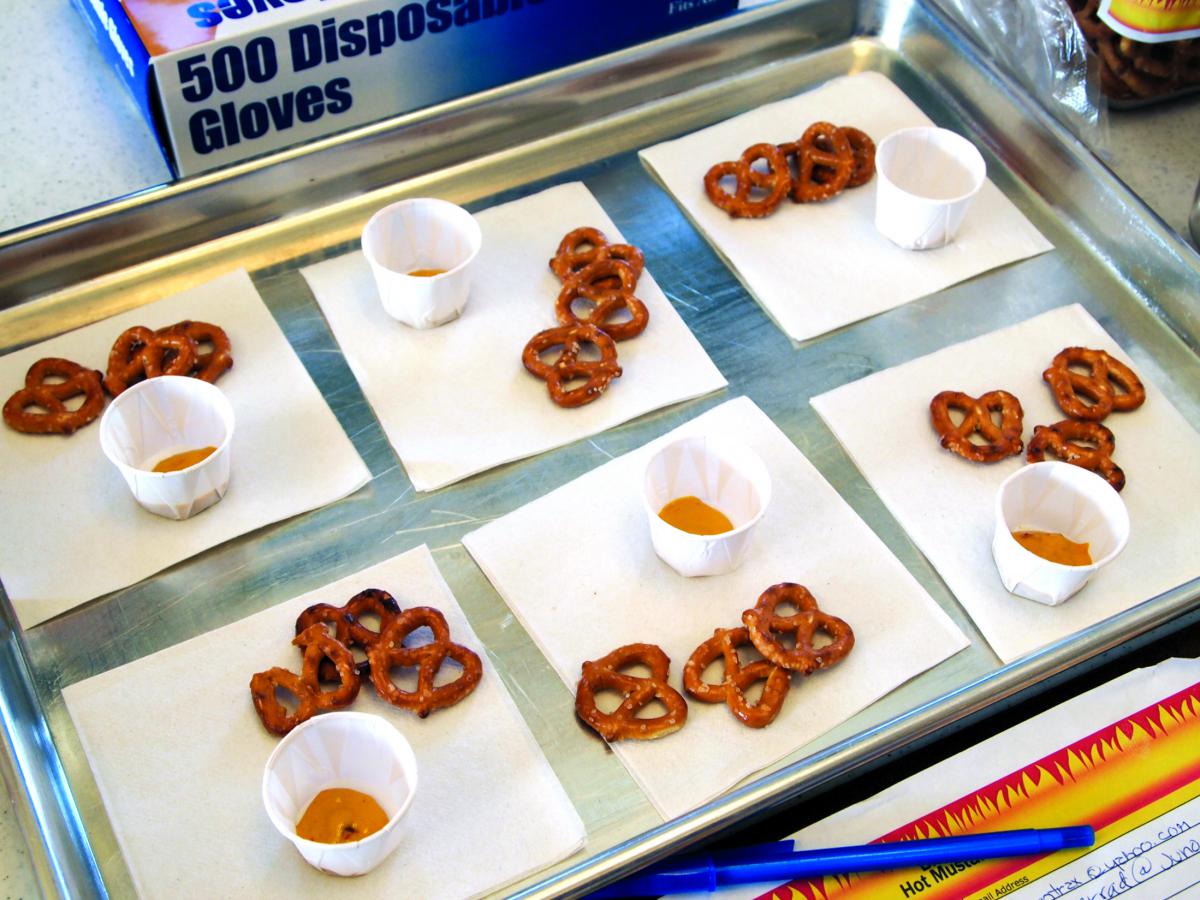 Bill Brandt, the hot mustard guy, figured he could have made it to the December market but might not have made it home, so he didn’t risk it.

At the Bee Happy Honey table, the bee guy and Rod Stevens, the market manager talked about the allergy-reducing qualities of raw local honey. Stevens said Martin Brown from the market, in Australia now, had found a local honey producer there and was getting relief from his pollen allergies. The honey acts like an innoculant to help the body build up a tolerance. “But it’s got to be local, and it can’t be pasteurized, that’ll kill all the good stuff,” the bee guy said.

Did I mention losing your tongue? Well, you can also find it again, and talk talk talk with people you know, and don’t know, from the neighborhood. There was a lot of that going on.

Luke Van Cleave’s mom Christine Burtness was hanging around as he and fellow junior Elliot Bosveld played music in the back corner. “The middle aged mom always gets stuck being the roadie for the band,” she said. We reminisced about a time in 1996 when then-little Luke got mired in the mud at the City Tree Project. It sucked the boots off of him, and a big ol’ firefighter had to go grab them out. 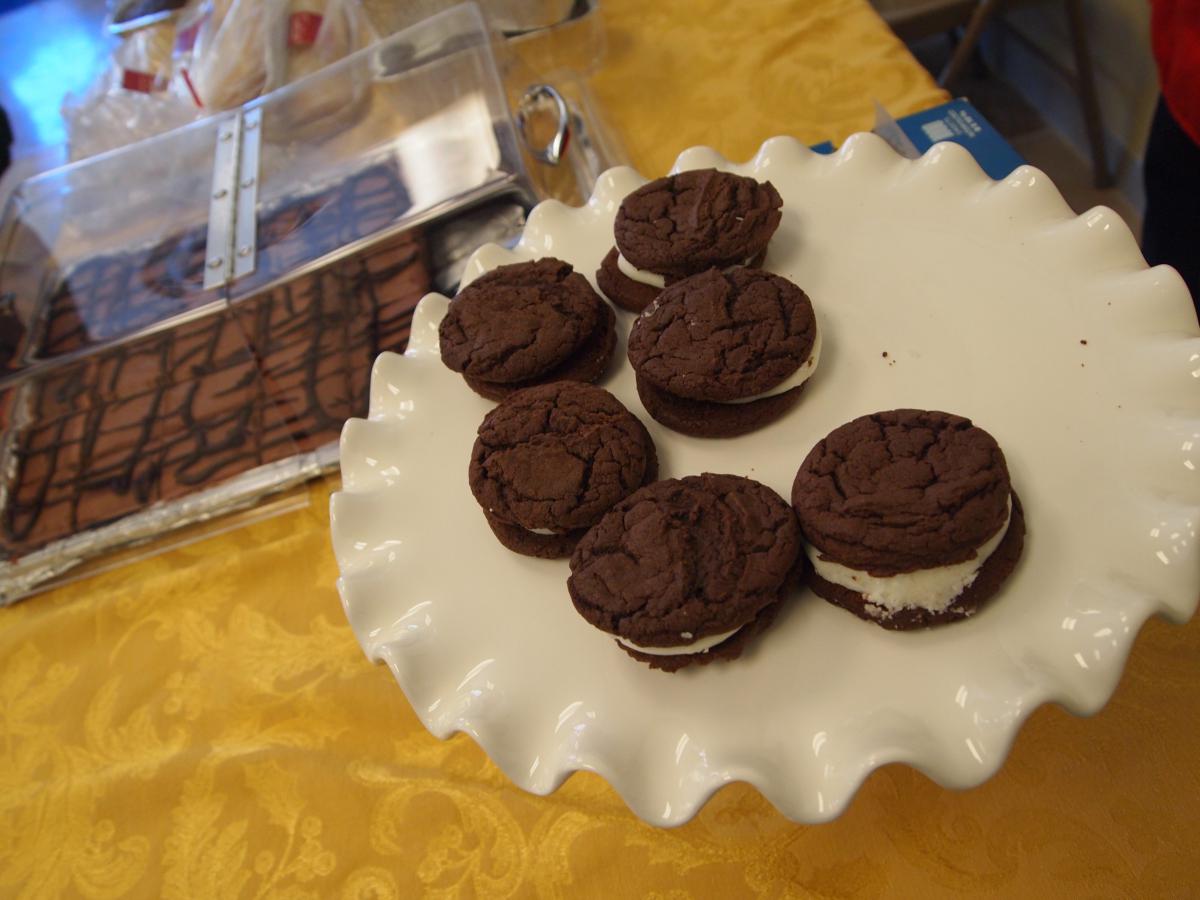 Resolving to get away from sugar now that the holidays are over, I passed on the table full of sweets like hand-made oreos. The vendor deliberately cut a pan of frosted brownies in my presence, wafting the scent.

And I should have stopped back at the Great Harvest table where I’d sampled a dense dill-onion bread. That, too, brought back memories. When about 15 years younger, we contemplated applying for a Great Harvest franchise as we thought that would be the solution to what ailed Central Avenue. Everyone on every commercial corner wanted a bakery. The good news is, Great Harvest does sell through the co-op shelves now. Thanks, Sally and Tom for bringing the recipe to Minneapolis.

Instead I went for a pound of ground beef hard-frozen from the Maple Crest Farm in Silver Lake, MN out toward Hutchinson. I look forward to this newspaper getting out the door so I can cook it up.

The Indoor Farmers Market returns on the second Saturday of the next four months, from 9 a.m.- 1 p.m. at 2551 Central Ave. NE. The dates: Feb. 12, March 12, April 9, and May 14. Most of the vendors also participate in the Northeast Minneapolis Farmers Market Saturdays in the summer at University and 7th Ave. NE. For information on the coop, see www.eastsidefood.coop, and the market, www,nemplsfarmersmarket.com