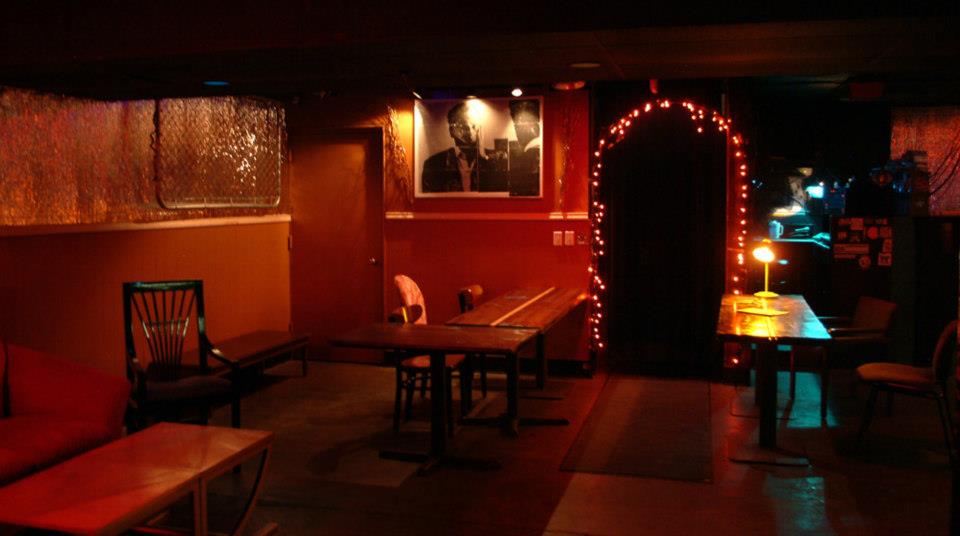 If I’ve had interestinger nights going out to review a band before, I sure can’t recall when.

Things started out in a valley and went downhill. Got to Club Underground to meet up with Colin Hodges of Casual Confusion and ran into people at the door who really weren’t interested in doing their jobs. One was too busy listening to headphones, the other was lit like a Christmas tree and flirting with a couple guys. For that matter, neither had the foggiest idea how to help me find Hodges since they hadn’t the first notion who he or Casual Confusion are.

Once I finally got my hand stamped and managed to run into someone else there to see the band, I was told Hodges was upstairs. I went back up. He wasn’t around but somebody said he was out in the parking lot. I followed up on that lead and it turned out there was nothing in the parking lot but rain that was starting to come down like it meant business. So far, the only thing good about the night was Greg, the cool-as-a-fan-but-no-nonsense bouncer. Right about then, I was thinking of a few names to call him, none of which were Colin Hodges. Then, Hodges showed up, a long, lanky good looking drink of water to whom women immediately began gravitating. I waited my turn for his attention, we exchanged greetings, and I headed back downstairs.

It had been a long time since I’d seen this guy work and I was truly looking forward to it. First, though, had to get through the band that was on stage, a tiresome power trio. Things did get a little interesting when some guy stepped on stage, singing even worse than the band’s guitarist. Well, actually, hollering, all off key, to all appearances drunk as hell. The bass player stopped in mid-song, grousing, “Fuck this shit” and the set was, apparently, cut short. You want to talk pissed off? He was chewing that off-key “singer” out in spades until they traded a couple fuck-yous and the bass player went for the guy. Not one of those somebody’ll-step-in-so-I-can-save-face bluffs: he wanted a piece of that other fellow and things genuinely were about to come to blows. Somebody did step in, though.

As if that was Round 1 on a boxing card, friction immediately broke out a few feet away from me. Two hotties were telling each other off. Shannon Johnson of Kymara renown, there to promote a new release playing in a duo, and another woman who seemed to have a particularly low opinion of Shannon and was offering to do her bodily harm.  Shannon, after indulging reasonable restraint, appeared willing to indulge her tormentor. I picked my drinks up and put them under the table. Fortunately friends stepped between them and the would-be fight fizzled out.

All this before the real fireworks got going.

Hodges and drummer extraordinaire Zach Dennison haven’t lost a thing since the last time I saw them, back in 2007 or so. In fact, incredibly enough, they’ve gone and got even better. Both of them. Brilliant bassist Mike Hayostek left to join the U.S. Army and was replaced by Kenneth Garnier who, frankly, is adequate but not a whole lot to write home about.

The crowd was right with Casual Confusion from first note to last and eagerly ate up Hodges’s Jimi Hendrix-inspired histrionics. You can’t blame them. The guy is every bit as good as he thinks he is, and between him Dennison, they blew the walls off the joint. Hodges plays articulate, blistering guitar and has a great voice. Dennison should be up on charges for killing drums in the first degree. It’s a comeback for the band, which has taken the past several years off for this and that reason and now decided to make another go of it. A comeback that seems to be a complete success.

The set was mostly incredible, new music (Hodges writes all the stuff) with “Still Care” and “Falling Nation” from the album Casual Confusion, and it all worked like a chain gang on overdrive. Except, oddly enough, covers of Hendrix’s “Foxy Lady” and “Voodoo Child (Slight Return).” Not that Hodges doesn’t have the chops for it, but his characteristic passion does not come across. There’s much more sizzle—strong playing but lacks feeling—than there is steak. Ultimately, the strengths of the set by far outweigh the bad, especially the fact that Hodges’s songwriting, already first-rate, has evolved to a next step of even richer melodies and greater opportunity to wax miraculous on guitar.

Casual Confusion are back. Ready to pick up right where they left off at kicking ass like it was lunch.