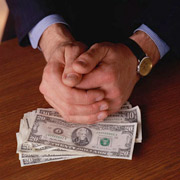 If each of Minnesota’s 87 counties adopts the optional sales tax, it would generate $890 million in total statewide revenue for the FY 2012-13 biennium–$445 million annually. This is based upon estimates using the Minnesota Revenue Department’s 2010 Tax Expenditure Budget (TEB) data. The calculation also assumes Horner implements his proposed sales tax base expansion to include a wide variety of goods and services that are currently untaxed.*

In exchange for authorization to impose a sales tax, Horner would cut state assistance to counties, such as County Program Aid (CPA). Presumably counties could use their 0.5 percent sales tax revenue to replace state aid reductions.

However, annual CPA is $198 million–less than half of the estimated statewide $445 million a 0.5 percent county sales tax would generate annually. Presumably other state payments to counties would be eliminated; after all, in a tight economy where public resources are stretched, it is unlikely the state would allow counties access to nearly a quarter billion dollars of new revenue ($445 million minus $198 million) without significant offsets. The assumption that counties would lose other state aids and credits in addition to CPA is not inconsistent with the Horner budget proposal, which says that it would make a total of $1.35 billion in “program cuts.”

In this analysis, we assume that the $445 million in new revenue that counties would get from adopting a local option sales tax would be offset by an equal reduction in state aids and credits. Using information from several sources, including the Association of Minnesota Counties and the Minnesota Inter-County Association, Minnesota 2020 has identified a list of $445 million of county aids and credits which could be eliminated in exchange for the new sales tax authority. These aids and credits, along with their annual total amount from the most current year for which county-specific data could be found, are listed below.

While the statewide total of these aids equals the estimated statewide total revenue that would be generated if all counties impose the 0.5 percent sales tax, this is not the case within each county. The sales tax revenue generated within some counties will exceed the revenue they would lose if the aids listed above were eliminated, while in other counties the sales tax revenue will be less than the aid loss.

Because counties differ in their ability to generate revenue and their need for revenue, the Horner proposal would require counties to contribute 20 percent of their sales tax revenue to an equalization fund to provide assistance “to counties with low sales tax collections.” The method for distributing these equalization funds among counties is not specified.

Based on prior experience, many county officials are skeptical of Horner’s proposed county option sales tax. In 1991, state policymakers were struggling to balance the state’s budget, but were reluctant to increase state taxes. Ultimately, they settled on a plan to fund property tax relief programs through a “Local Government Trust Fund” (LGTF).

Revenue for the LGTF came from the portion of state sales tax revenue generated by a 1.5 percent rate (i.e., one-fourth of the state’s existing 6.0 percent sales tax rate) plus an additional 0.5 percent local sales tax to be approved by county boards or by city and township boards containing a majority of the county’s population. In order for a county or for jurisdictions within a county to receive property tax relief payments funded from the LGTF, the local option sales tax would have to be adopted within the county.

The revenue generated by the local option sales tax did not go directly to any county, but was used to fund an array of statewide property tax relief programs not just for counties, but for other non-school local governments. Ultimately, all 87 Minnesota counties voted to adopt the sales tax because failure to do so would have meant the loss of aid payments to the county and jurisdictions within the county that were far greater than the amount generated within the county by the 0.5 percent rate.

With the adoption of the new sales tax by all 87 counties, the sales tax rate increased from 6 percent to 6.5 percent (not including other local option sales taxes). County officials were compelled to vote for the increase, although the new revenue generated did not result in increased county funding, but was instead used to help balance the state budget by providing a new source of funding for existing state property tax relief programs.

However, after an increase in state aid payments to local governments resulting from a surplus in the LGTF in 1992, state policymakers balked at the notion of continuing to allow local governments to benefit from growth in revenue from the dedicated sales tax. Instead, the legislature transferred funding for additional programs–such as the homeowners’ property tax refund–into the LGTF. Thus, the state general fund became the ultimate beneficiary of surpluses in the LGTF through the transfer of additional general fund expenditures into the LGTF.

Ultimately, the LGTF became something of a sham and was eliminated at the end of FY 1996. The 0.5 percent sales tax increase initially approved by counties became part of the state’s general sales tax rate of 6.5 percent. The experience left county officials with a bitter taste in their mouths; after having taken the public heat for imposing a sales tax increase in 1991, all of the revenue from the increase was quietly transferred to the state general fund five years later.

The Horner proposal for a 0.5 percent county option sales tax differs from the county option sales tax linked to the LGTF in several significant ways. However, in one important way they are similar. The sales tax revenue that each county receives through Horner’s county option sales tax could again be seized by state government by a simple change of state law. As was the case in the 1990s, counties again could take the political heat for approving a sales tax increase that ultimately goes not to counties, but to the state general fund.

For this reason, county officials are reluctant to embrace the Horner county option sales tax proposal. According to Joe Mathews, policy analyst for the Association of Minnesota Counties, “Because of the experience of the Local Government Trust Fund and the state’s record as an unreliable partner, many county officials are skeptical of any proposal that hinges on county boards voting for a tax increase to backfill a shortfall in the state budget. Counties believe that if the state needs new revenue in order to bring the budget into balance and deliver on commitments made to our communities, the Legislature and Governor should step up to the plate and make those difficult decisions.”

*In an article published September 29, Minnesota 2020 concluded that in order to approach the amount of revenue listed in the Horner budget document, the sales tax base would have to be expanded to include all goods and services listed in the 2010 TEB, excluding items that Mr. Horner said explicitly would not be taxed, such as food, drugs and medicines, and business services. Since this article was published, Horner announced that he would also not tax gasoline, which would expand the shortfall in the Horner budget by just over $1 billion based on Minnesota 2020 calculations. The $890 million estimate of the statewide revenue generated from the county 0.5 percent sales tax assumes that the sales tax base is expanded to include all items listed in the 2010 TEB excluding food, drugs and medicines, business services, and gasoline.