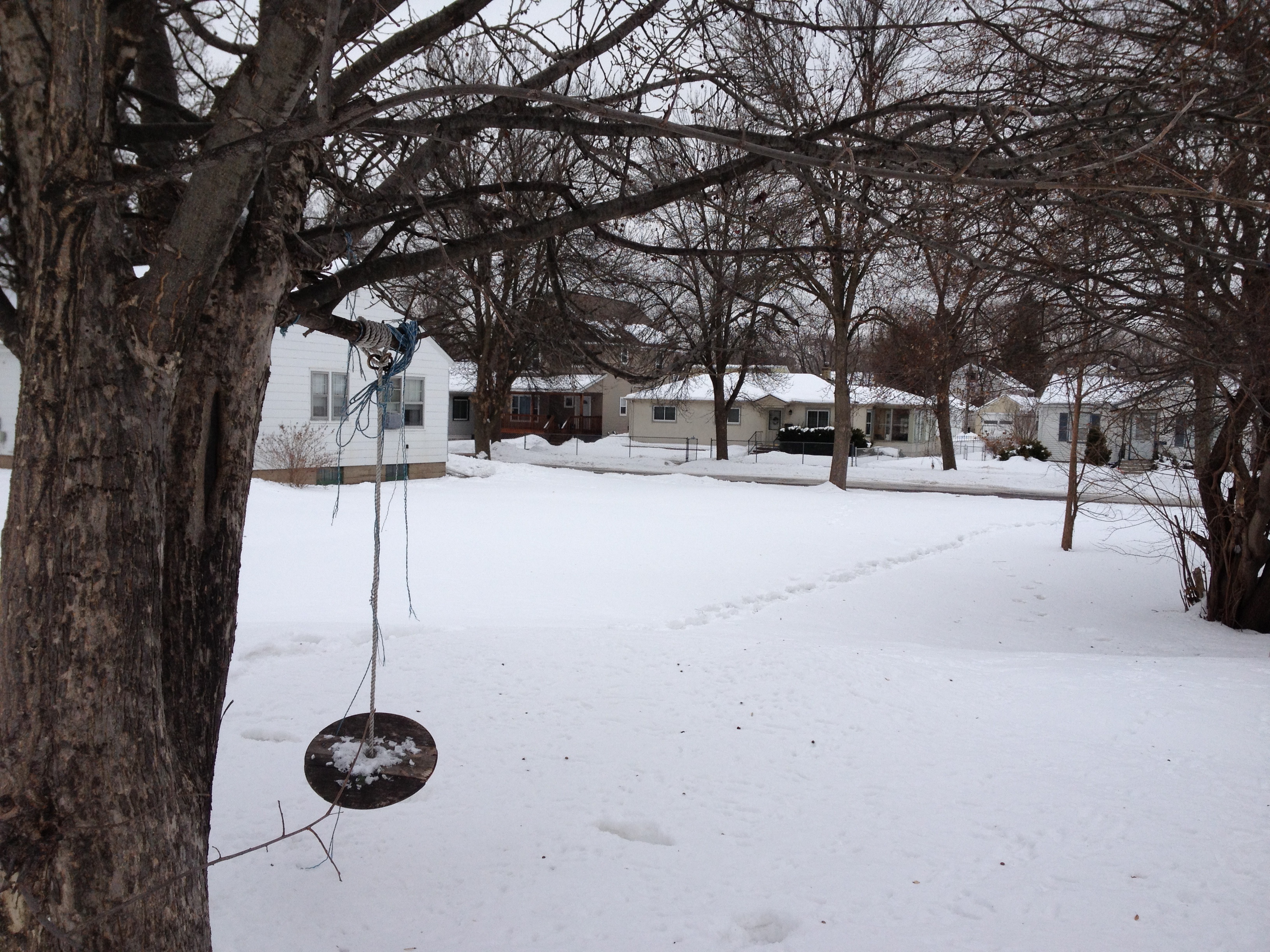 "The picture of foreclosure": a tree swing overlooks a recently-buldozed vacant lot.

“I get to sleep again, not worrying about the sheriff coming to the door to evict me,” Caylin Crawford said. “It means being able to paint the walls again and hang up pictures because I know I’m gonna be there for a while. I’m excited to put up holiday decorations.”

On February 13, Crawford finally ended a two-year battle over foreclosure of her Frogtown home with a compromise with the lenders. Although U.S. Bank and Freddie Mac won’t try to evict her anymore, she has lost official ownership of her home.

FULL DISCLOSURE: Sarah Knispel is a friend of Caylin Crawford, and organizes for OccupyHomes.

“I get to sleep again, not worrying about the sheriff coming to the door to evict me,” she said, “it means being able to paint the walls again and hang up pictures because I know I’m gonna be there for a while. I’m excited to put up holiday decorations.”

Crawford said her fight against foreclosure has brought her much closer to her community. She has met many people who have been through the same process she went through, down to the same bank. But she also acknowledges that many people cannot fight for their home the way she did.

Teresa Ortiz, also a Frogtown resident, chose to move rather than undergo the strenuous, drawn-out, and uncertain process of fighting a foreclosure. She says she had faced some problems and gotten far behind on her payments. She was living alone, so there was no one to help her catch up. She tried to work with her bank to get a modification, but she said she kept going back and forth with different representatives. Each time she spoke with them, they asked her for more paperwork, and she was never sure what exactly they were looking for. 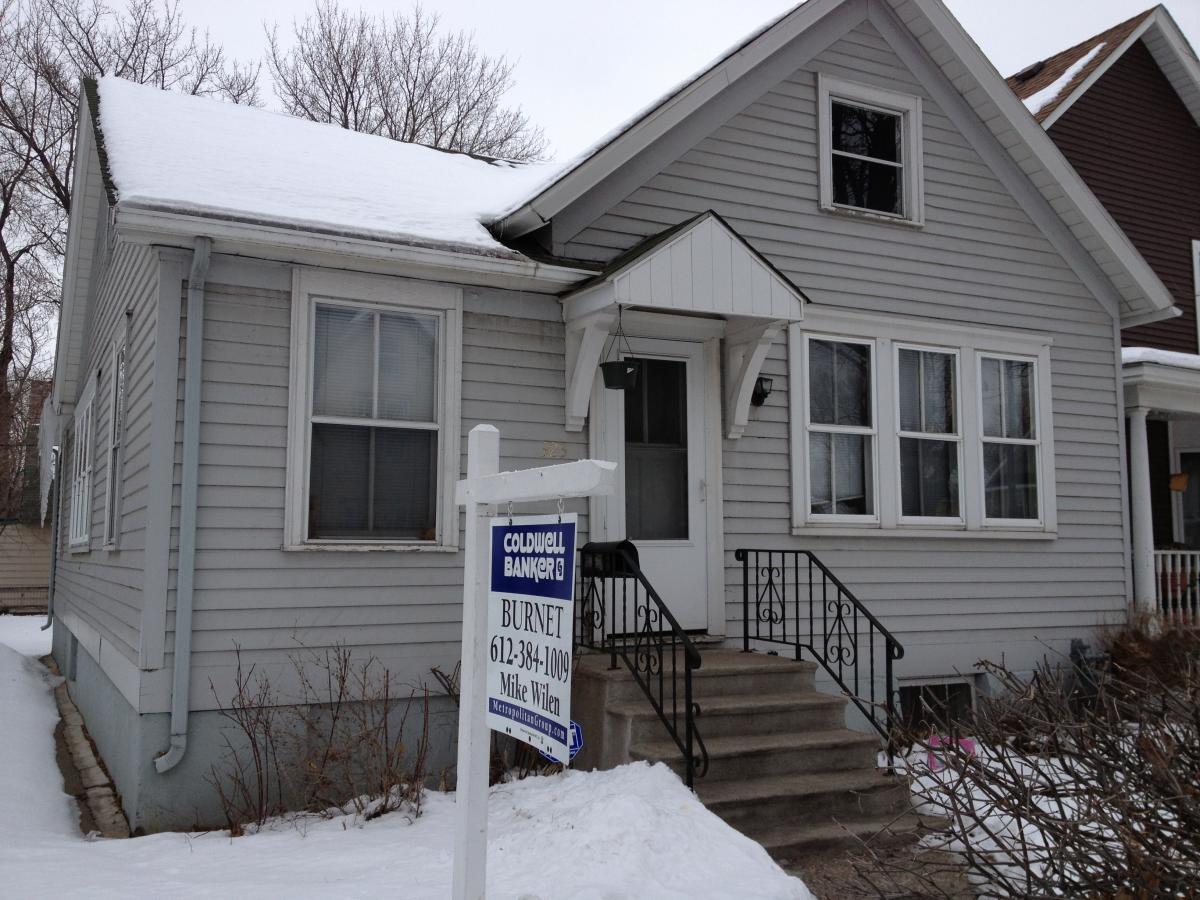 “I made a decision, I am not a young person and I need to start saving for retirement,” she said. “I was living alone and I didn’t need a house, but I couldn’t sell it because it wasn’t mine, and so I just thought ‘well, what are my options?’ and there didn’t seem to be too many.”

She is now renting from her friends who live near the University of Minnesota in St. Paul.

Both Crawford and Ortiz have seen first-hand the way rampant foreclosures have torn apart the Frogtown neighborhood.

Crawford spoke wistfully of a vacant lot in among back-to-back houses on her block. The house that used to be there was bulldozed to the ground and cleared out in a matter of days. She doesn’t know what happened to the people who lived in it. The only evidence that they were there is a wooden swing hanging from a tree. “It’s the picture of foreclosure,” she said.

Crawford’s home was actually condemned when she moved into it. It wasn’t in a livable state, so she received $60,000 in community rehabilitation loans to bring it back up to code. Since they counted as second and third mortgages, when U.S. Bank foreclosed, the money disappeared.

“The community…my community lost out on that money that they had invested in me and in my house.”

“What to me is tragic is the destruction of a neighborhood,” said Ortiz. “To see so many homes that are empty, and to know so many people that have no options. I mean, we talk a lot about foreclosure, but what after? That’s a problem too.”

When real estate falls, she said, it completely destroys a working class neighborhood like Frogtown. The families in the area like to have other families who will stick around. They want to live with other people with kids.

“There’s a lot of pride in a neighborhood like that,” she said. Her former neighbors still ask after her. They say she should have stayed in the area. Ortiz said they are distressed by the state of abandoned homes. Her former neighbors are people that keep immaculate, lush gardens. She added that she never knew dandelions were things you were supposed to pull from your yard until she moved to Frogtown.

Ortiz is not sure whether or not she will try to move back to Frogtown, but she’d like to.

“Somebody planted blackberries in my yard. The neighborhood kids would come and ask for them. [Thinking about] things like that make you go ‘oh, I miss it!’”