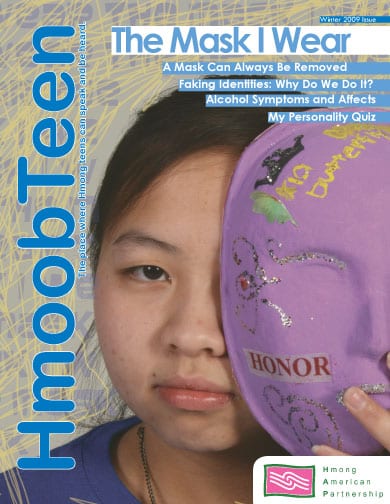 HmoobTeen Magazine is a Hmong-American cultural and social magazine created for and by Hmong teens. The quarterly themed e-zine reaches over 20,000 Hmong teens, parents, youth workers and educators in the United States and abroad. Founded in 1997 by a youth group comprised of girls, the magazine sought to help Hmong teens define and celebrate their heritage while growing up in a multicultural environment.

In the recent years, the program has experienced significant growth. The teen editorial team has expanded to North Carolina, Wisconsin, Montana, and California. In 2011, the magazine ceased printing hard copies and transition completely online to meet the demands of its readers.

HmoobTeen Magazine is a program of Hmong American Partnership.