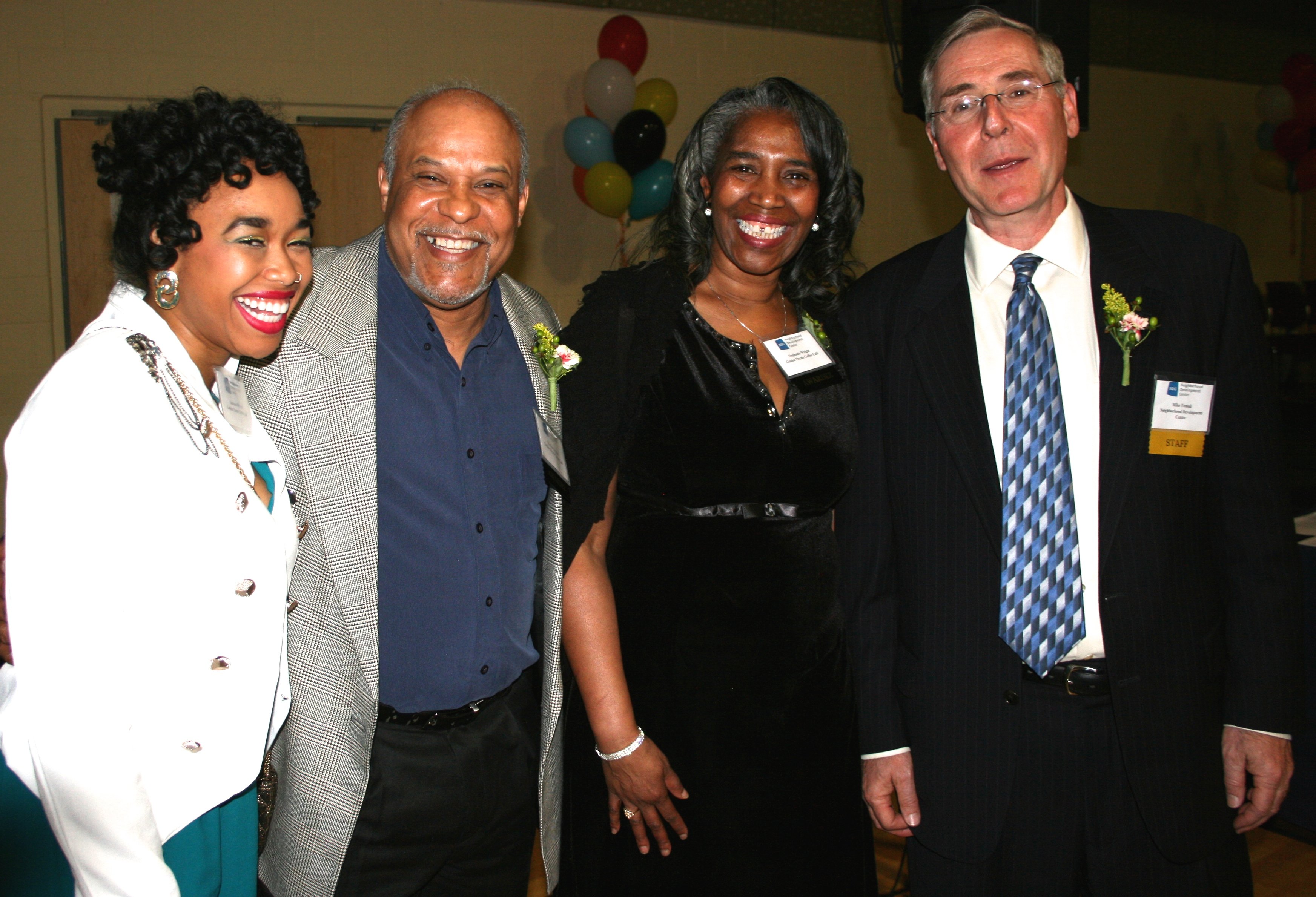 A family-owned and operated waste disposal provider (since 1981), a private chef and catering service specializing in made-from-scratch soul fusion and comfort foods (since 2013), and a boxing and fitness gym that provides a community for at-risk youth (since 2011), were among the 15 recipients of the 2014 Neighborhood Development Center Entrepreneur Awards, announced at a celebration at Neighborhood House in St. Paul, on Saturday, May 17. 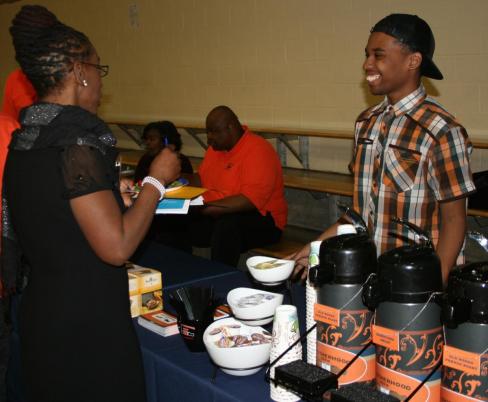 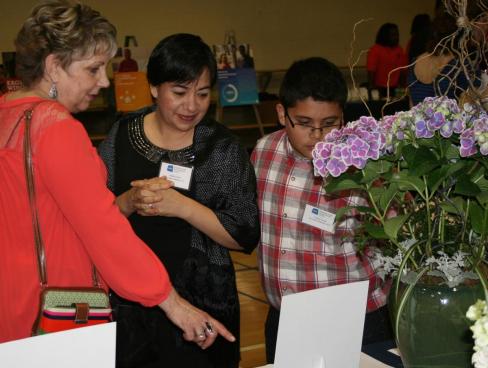 Recipient Juliet Mitchell with one of the vendors, Brotherhood, Inc. (above); attendees scope out silent auction items (below)

In addition to Shongleng Yang, Outstanding Achievement Awards were given to entrepreneurs in four categories: 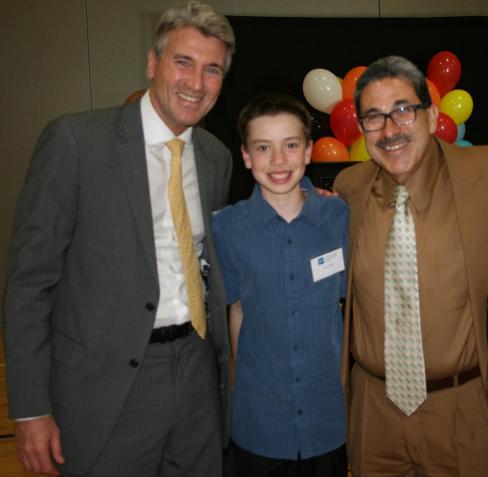 Current Minneapolis Mayor Betsy Hodges was in attendance, too, along with her husband, Gary Cunningham, father of one of the recipients. Spoken word artist Kevin Yang (check out two videos, “Sam I Am” and “Srirachapocalypse”) and a group from the Walker West Music Academy performed. 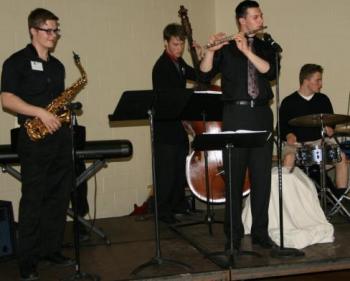 NDC, boosting up entrepreneurs for over 20 years

Founded by CEO Mihailo Temali in 1993, NDC “works with entrepreneurs and community organizations to concentrate the power of micro-enterprise development around dynamic ‘hubs’ of community revitalization, linking the energy of people to the vitality of places.” To do that, it assists entrepreneurs in eight ethnic communities in 25 low-income neighborhoods, helping them to start, sustain, and grow their businesses.

Over 80 percent of the entrepreneurs that NDC works with are from communities of color, and many are recent immigrants. More than 450 NDC-assisted businesses are now in operation. Each year, NDC invites its community partners, program trainers, consultants, staff, and entrepreneurs to nominate business owners, “who exemplify positive leadership through their small business,” for special recognition. 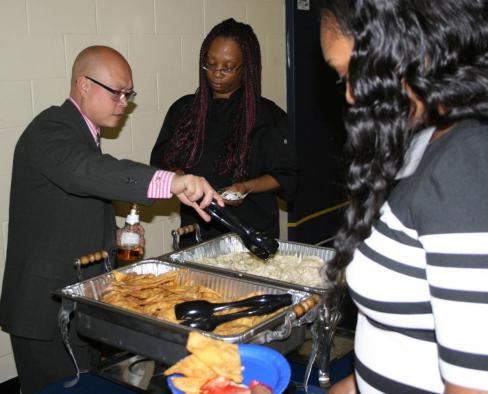 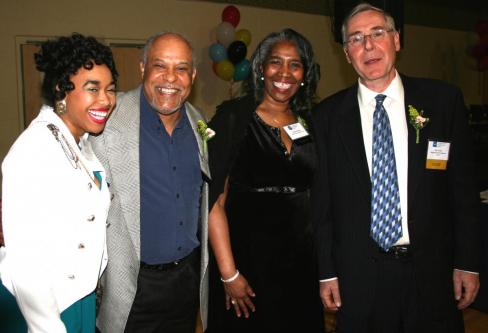 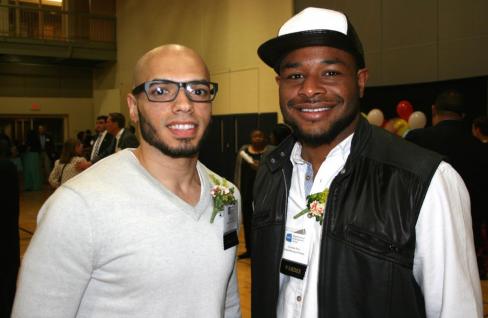 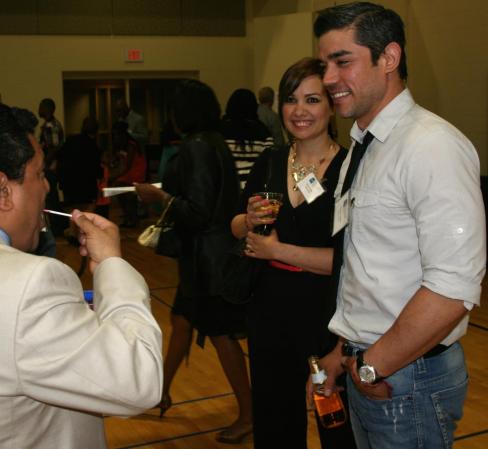 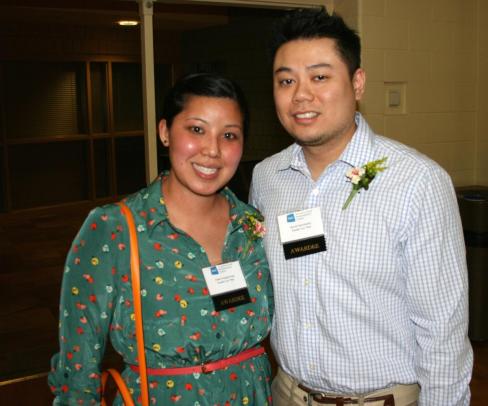 Here’s the full list of 2014 NDC Neighborhood Entrepreneur of the Year Awardees: