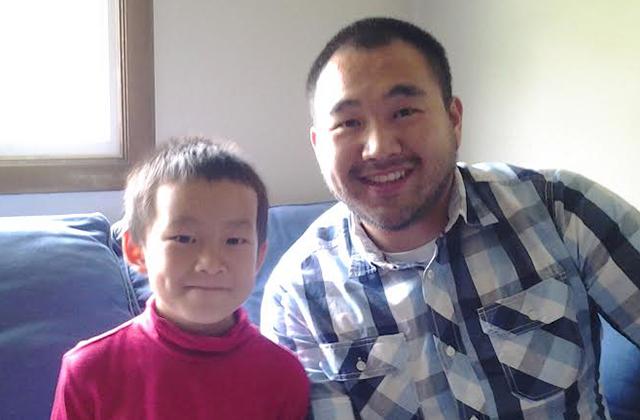 Be matched with a caring adult who would spend time with him and mentor him? Sign me up, thought Steven, whose last name is being withheld for privacy reasons.

“It sounded very interesting,” Steven said. And now as a Little, “I like that I’m not bored.”

Paired with Tess and Justin since September, they’re one of about 20 matches in the inaugural year of the Hmong Mentoring Initiative of Big Brothers Big Sisters of the Greater Twin Cities. Launched in June 2013, the program has had a rewarding first year matching Hmong youth with adult mentors. By the end of the month, HMI will have met its match goal for its inaugural year.

Although BBBS has worked with local Hmong youth for years, the HMI program specifically provides an increased focus on the needs of the Hmong community.

“Being in the area, with such a big Hmong population … we knew there was always a need,” match support coordinator Nancy Lee said.

Minnesota is home to the second-largest Hmong population in the United States, behind California. But with about 65,000 Hmong residents in the Twin Cities, it easily tops other metropolitan areas, according to 2010 U.S. Census data. The second-largest metro concentration of Hmong is in Fresno, Calif., with about 32,000.

Overall, the local Hmong population is disproportionately young, with a median age of 19.7 years, compared with 37.3 for the entire state, according to the Hmong Studies Journal. Today’s Hmong youth are the third generation in the local Hmong community. And as the dynamics of their families change, some young Hmong may feel disconnected from their elders, according to the BBBS.

Hmong youth also face other increased risks and challenges, among them poverty. According to the Hmong Studies Journal, an estimated 26 percent of Minnesota’s Hmong population lived in poverty in 2010, compared with 7 percent of the general population.

Caring adult role models can help young Hmong avoid those setbacks by offering support as they negotiate their futures, the BBBS said.

“Most of these kids come from big families. They don’t get that quality one-on-one time with families,” Lee said. In addition, parents and Littles can take advantage of the education and enrichment programs BBBS offers. “They provide career access, and start planting the seed and have them start thinking about their future,” Lee said.

“We don’t really have a term for ‘mentoring’ in Hmong,” Lee said. “We have maybe what we could call a ‘family friend.’ ”

Another minor concern had been that some Hmong parents would be wary of the program. After all, most Hmong are very family- and clan-oriented, preferring to rely on relatives for help.

“We knew going in we would be facing some [trepidation] but to my surprise, we didn’t receive that type of resistance,” Lee said. “They were very open it.

“I think, as a parent myself, and with any parent …it’s natural to feel that way. It’s natural to feel like, ‘Hey, I’m going to apply and get a complete stranger to come in.’ It’s scary. We do understand that it would be even scarier for a Hmong family, especially if they don’t speak English.” 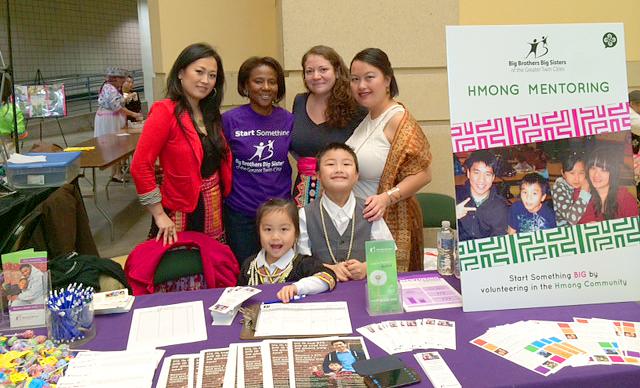 Several community organizations have also partnered with HMI and BBBS to recruit Bigs and Littles, and to offer culturally relevant programming. An open mic night was recently held in partnership with the Center for Hmong Arts and Talent.

Steven’s mom, Ling, says she’s glad she told him about the program. Another son, Kevin, is also a Little in HMI, and she hopes her other two children will join once they are older.

“I wanted them to have an opportunity to go out with somebody else and learn from them, too,” she said.

As HMI heads into year two, Lee is optimistic about its prospects. Program leaders hope to make 10 matches this year.

“Starting these initiatives, we want to establish trust in the Hmong community — that hey, we’re here, we have these services,” she said. “Maybe 10 years from now we’ll be so well-known we don’t have to work 10 times as hard.”