Walking into a collection of red modest-looking warehouse buildings in Frogtown — one of Saint Paul’s most diverse neighborhoods — I was immediately transported to the setting of a Southeast Asian street market. The aura of the location brought back childhood memories of weekly trips to the local Indian street market and the aroma of exotic delicacies and freshly baked sesame bread tingled my tastebuds and made my mouth water. An intricate crisscross of shops selling everything from Hmong music, pretty embroidered dresses, utensils, toilet paper and fresh meat, with roughly a third of the stalls dedicated to food immediately greeted my eyes.

This cultural and food haven is known as the Hmongtown Marketplace, located only a few blocks from the Minnesota State Capitol at 217 Como Avenue in St. Paul. Built out of a converted lumberyard, the marketplace not only caters to the Hmong population but also to other locals who are interested in Hmong culture and cuisine.

Minnesota has one of the largest Hmong communities in the country, with more than 66,000 Hmong residents, according to the 2010 census. Though not strictly a farmers’ market, Hmongtown Marketplace is the first Hmong-owned and operated market in the Midwest. According to the Hmong Times,  it was initially operated as a Hmong flea market in 2004 by Toua Xiong. However, the International Market Place officially became Hmong owned as well as operated on March 13, 2009. The market has more than 200 vendors who rent their shop space for a 1-3 year period and sell a wide variety of Asian products. The 10 acres site includes two original buildings in the east side and a third once on the west that are owned by Xiong, according to general manager Jameson Liu.

Ki Alo, a Hmong resident from Frogtown owns a reasonably big shop in the main building right around the corner from the food court. His shop displays Hmong-crafted utensils, snacks, socks and exotic toys. He runs the shop with the help of his wife and together they earn money for their daughter’s college education. “I rented out my shop in July 2007 and have continued ever since,” he said. “Although business had been pretty good the past few years, last year it went down significantly.”

When asked for a reason for the dwindling sales, he said, “I am not sure but I have a feeling that it’s due to the construction of the Light Rail along Frogtown.” Many other vendors seem to agree with Ki Alo. They share a general concern due to the decrease in the number of customers in the market in 2012.  But the management is not giving up without a fight. According to Jameson Liu, the manager of Hmongtown Marketplace since June 2012, talks of expansion had started in 2008, despite the dwindling economy but this was delayed due to certain contract issues.

“We are hoping to start expansion again this year despite it being called off earlier,” Liu said.

“We are a business that creates jobs,” he said. “The expansion will not only ensure further employment of additional members of the Hmong community here but will also attract more visitors. We are also a community based organization and plan for the new space to be used by everyone to engage in Hmong culture and cuisine.” 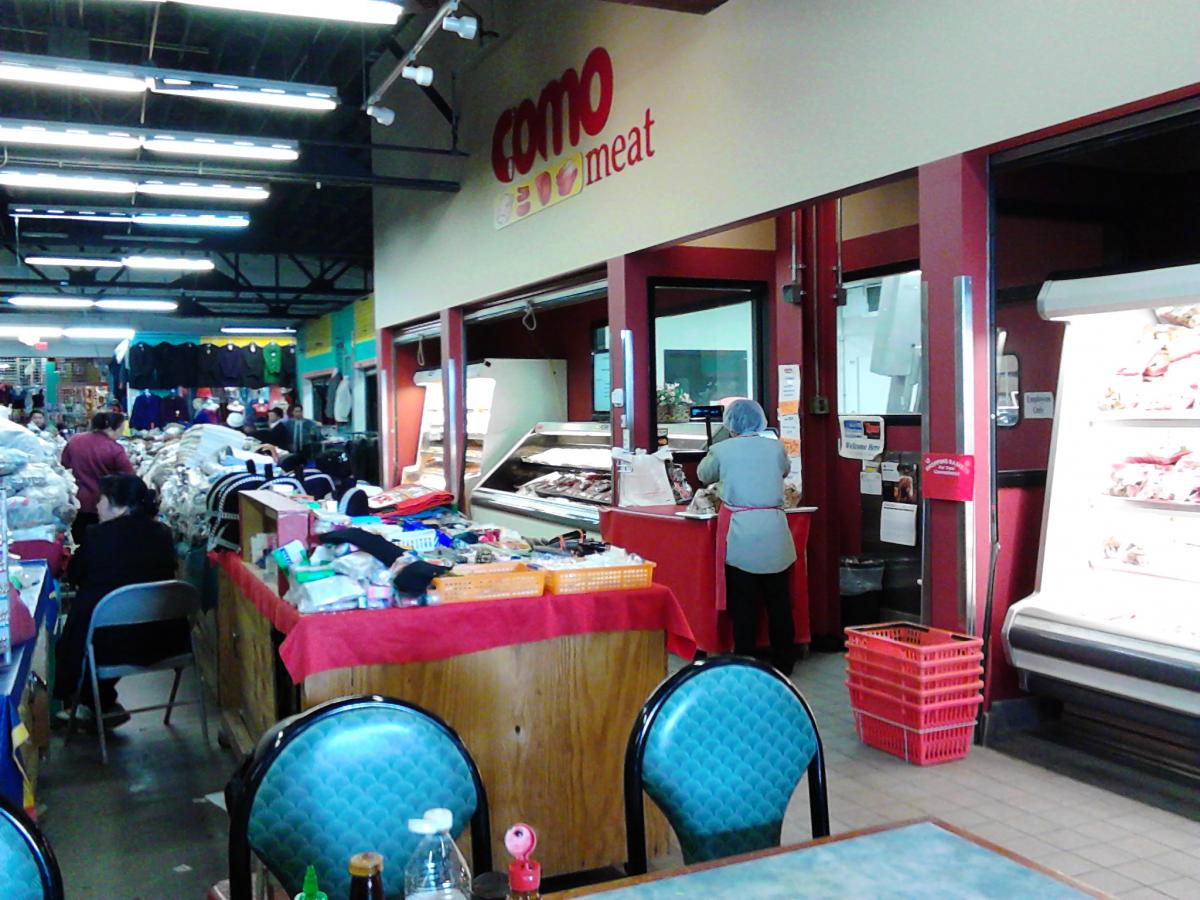 The crisscross of shops selling almost everything inside the main building. (Photo by Sana Naz)

The renovation has been planned to increase the commercial value of the market and to attract buyers from outside the Hmong community. Plans call for the currently-vacant building next to the existing market to house 66 new shops, more lounge space, and two new restaurants. The renovation is also meant to increase parking space and space for the outdoor market during the summer.

Jameson asserts that this will be a complete makeover for the market not only in terms of increased space but also further involvement in cultural activities and programs in the surrounding neighborhood. This project could be the change Ki Alo and other vendors in the market need to overcome last year’s sales decline and generate greater revenue.