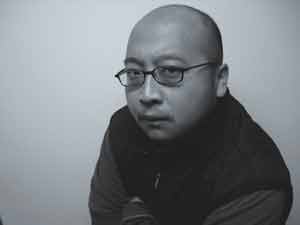 Kang Vang had childhood dreams of becoming a filmmaker. Today, the producer/director of Tou and Mai, his romantic comedy that last week premiered at the Mounds Theater in St. Paul, is living his dreams. Hmong Today recently spoke with Vang.

When and why did you decide that you wanted to become a filmmaker?
I decided to become a filmmaker when I was about 8 or 9 years old. My parents bought an old VHS camcorder and I started making home movies. I found it as a way to get the stories and pictures out of my head . . . plus it was really fun to make short movies, show them to family and friends, and watch their reactions. I was in the 10th grade when I entered one of my short films into a small student film festival in Dakota County. I won for Best Short film, and it made me realize that I could potentially do this for a living. I started to really study film in my senior year of high school, and went on to produce my first feature length movie called, Five Days. We premiered at a Minneapolis theater called The Red Eye to a sold out house and that just gave me the boost that I really needed to continue making movies til this day.

How did you come up with the name “Team Chow Fa” for your production team?
Team Chow Fa came about in July of 2006 when we entered in the 48-Hour Film Festival. Since we were already so involved with all the social activism work trying to raise awareness about the Hmong being persecuted in Laos, I thought it would be a great opportunity to bring up the name to raise more awareness. The Chow Fa (Cob Fab) were also guerrilla fighters, and since we were guerilla-style filmmakers, I thought that it made sense. This small but dedicated production crew was only two days old when they won the Best Cinematography, Best Original Score, and Best Technical Use of Sound awards at the annual 48-Hour Short Film competition in July 2006.

What’s the hardest part of making a film?
No Time and no money. Did I mention time and money?

Are there any particular messages you want your audiences to get?
I guess this depends on the film. Ultimately, though, I guess all my films speak about looking inside yourself and accepting the truths that we sometimes hide. This creates a lot of the problems that we face in everyday life. I also like talking about love and the power of it with friends, family, strangers . . . does that make sense? Basically, I say that we all are in charge of saving one another.

What are your plans for upcoming projects?
Well, I’m planning on going to Thailand this winter to film a movie about the Cob Fab called Free Land. It’s about a young boy who survives a raid on his camp, and follows the path to the Free Land that his mother tells him about in a bedtime story.

I will also be working on a full length animation with artists from Hmongartists.net. I also hope to produce a play for CHAT.