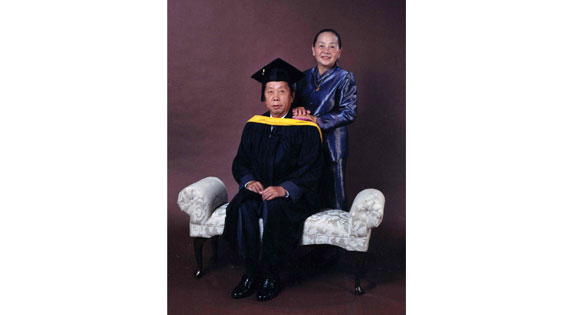 The late Dr. Cherzong V. Vang and his wife May Yang.

A well-known Hmong community leader and among the first Hmong Americans to earn a doctoral degree has died.

Dr. Cherzong V. Vang (Thajkhu Vaj Txiab) was a father figure both in Laos and here in Minnesota. He was a leader, an educator, and former President of Lao Veterans of America, Minnesota Chapter from 1991 to 2003. 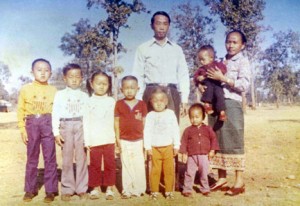 Left: Dr. Cherzong V. Vang and his family in Laos before coming to America as refugees.

“Dr. Vang was one of the few Hmong of his generation to be able to achieve a high level of education,” Lee said. “He was well known to many young Hmong men during his service as a teacher back in Laos.”

Vang was born on April 13, 1943 in Laos. In the early 1950s, his father sent Vang and his brother Wayee Vang to school. After completing a secondary education level Vang enlisted as a soldier, where he rose to the rank of Captain and commanded Company 1256, Zone 1 A. in Laos from 1960 to 1964. He was awarded the Medal of Courage and White Parasol from the Royal Lao Government – Ministry of Defense.

In 1996 Vang received the highest recognition by Members of Congress Award for serving during the War in Southeast Asia. In 1997 Vang received a Congressionally Authorized Vietnam Veterans Purple Heart Medal for wounds he suffered while serving in special combat units operated in air and ground operations to rescue downed American air crews. 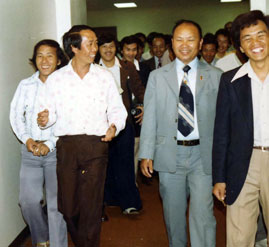 Vang returned to education and eventually became a school principal and an administration official. He earned the Chevalier Medal, a distinguished honor from the King of Laos in 1974.

Arriving in Minnesota in 1979, Dr. Vang lived in the greater Twin Cities and worked with students and veterans from both the Lao and Hmong communities. He continued his education and earned a Bachelor of Applied Studies Degree with a Human Services Certificate from the University of Minnesota in 1984.

Among his many positions and board memberships, Vang worked for St. Paul Public Schools and metro area schools as a counselor.

As a leader, Vang was a key figure in sponsoring the Hmong Veterans Naturalization Act of 2000, H.R. 371 and S.890 expedited citizenship for Hmong Veterans and their wives. He brought thousands of local Hmong from Minnesota to Washington, D.C. to educate the Congress and the public about the history and contributions of the Hmong people in our country. 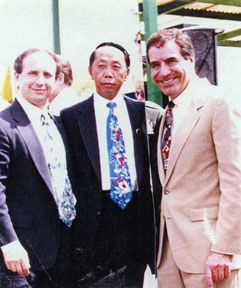 Funeral services for the late Dr. Cherzong V. Vang will be held from December 7-10, 2012, at Legacy Funeral Home, 255 Eaton Street, St. Paul, MN 55107. A funeral procession on Dec. 7 will include a horse carriage along with military tap and honor guard.

Distinguished guests and elected officials from Minnesota and around the world will express their condolences during the morning hours from 8 a.m. until Noon. Leaders in the Hmong community and respected dignitaries will pay their last respect on Dec. 8.