Janet Jackson literally blew the top off of sexism in hip hop culture when she (not so) deliberately bared her breast during the live television broadcast of the 2004 Super Bowl XXXVIII. Media cheekily dubbed the exposé “nipple-gate.”

Fast-forward to just over two weeks ago when Erykah Badu debuted the music video to her recent single “Window Seat,” where she scandalously disrobed to the nude and mimicked her own assassination at President JFK’s infamous murder site (er…Badu-gate?). Swift public opinion indicted both Jackson and Badu for the same offense that it’s held against the broader hip hop culture for decades – indecency. Though redundant, the stern (albeit warranted) criticism offers hip hop a redeeming opportunity to reflect upon itself and engage in real discourse about women’s stakes in the culture.

Voices Merging, the University of Minnesota’s spoken word association, just concluded its provocative weekend conference “From Vices to Verses,” where visual and lyrical artistry were on full display and feminism – along with race, globalization, mobilization, community, spirituality and politics – was contested amongst the most vocal faculty of artists, activists, students and scholars contributing to hip hop today. 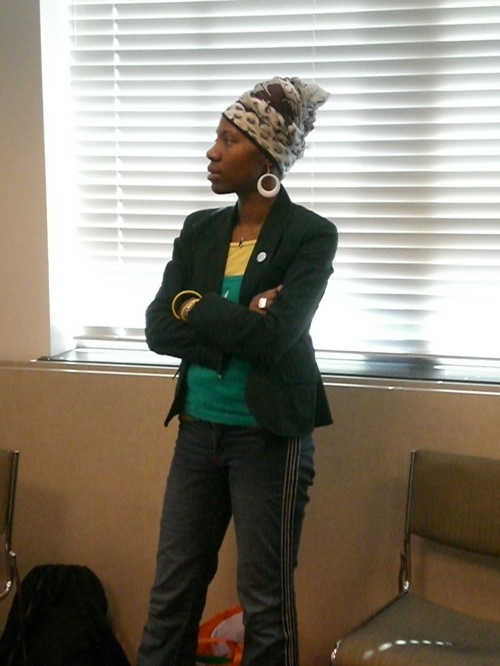 “It’s not cool that what women helped to lay the foundation for is now being used as a weapon against them,” Cage said in an interview with the MSR a week prior. During her keynote speech Friday evening, Clemente commented on the fractured relationship, stating, “I love hip hop, but it’s like being in a domestic violence situation.”

Though not quite the tragedy of Frankenstein, the creation of hip hop has somewhat betrayed its female creators; in the same way that hip hop allows for women like Queen Latifah, MC Lyte and Lauryn Hill to thrive, its ulterior Hyde personality has launched a misguided and nocuous assault on female-hood. Why?

There’s no consensus. Old-school hip hop took a harsh pivot in the early 1990s with the emergence of a grittier style of rap. According to Cage, that’s when “gangster rap took over and,” amongst its other grievances, “women started being put down.” 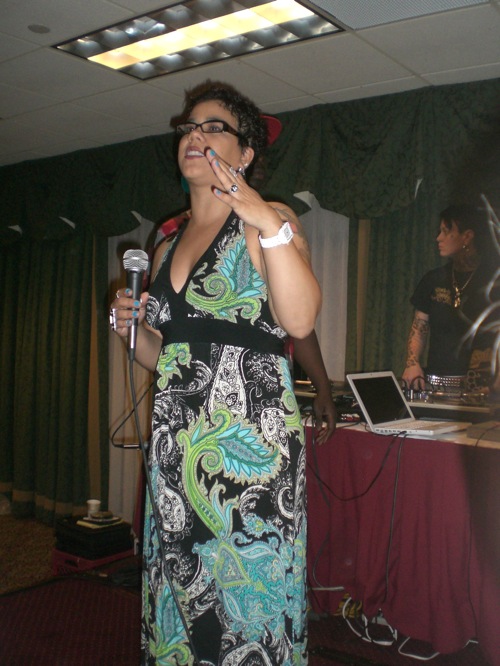 Clemente explains further that hip hop “has been infiltrated by people who don’t care about the culture but know that there are multi-billion dollars attached to it.” And those fault lines are not drawn along racial or even gender borders, either: “There are people who look just like me who are doing a disservice to the hip hop political community.”

So, in compliance with record labels and consumerism, hip hop generated mainstream appeal and leveraged itself “off of the backs of women.” Considering the devastating legacy of females in hip hop culture and the stale standards women in the industry confront still, Friday’s guests were surprisingly unanimous in their hopeful outlooks towards the future.

“We’ve come a great distance,” Cage says. “There are still things to be done.”

“The moment is right now,” Clemente urges. “It’s not about knowing what the problem is, but finding a solution and implementing it right away.”

So what’s the solution? To start, Cage insists on adjusting “the language we use to modify women” and keeping pressure on the issue. Communication, and especially technology, is pivotal: “Academia is stepping in, urban artists are starting to write essays, and bloggers are really pinning down our thoughts on where hip hop is going,” Cage says.

Voices Merging public relations co-chair and U of M sophomore Pomi Tefera advocates for internet savvy and more youth involvement. “Young people in a creative community can bring change, and they can use hip hop as a way to organize themselves.” 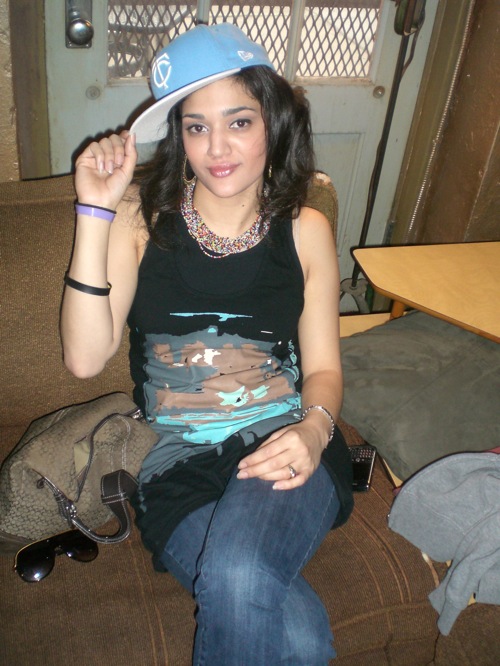 “Hip hop can build and not destroy,” Isa agrees. Her hard-earned experience proves that “Women have taken charge of the mic; we’re out there.” But she concedes, “Movement takes time.” Ultimately, “If you’re going to be a woman in the game, then you have to demand respect.”

If it’s any consolation, Cage definitely admits to Minnesota being ahead of the curve. “The Twin Cities are in a really good place, probably one of the forerunners in granting access to women.”

According to Cage, Minnesota bodes an impressive lineup: “We have really incredibly powerful women here.” She mentions a few past mentees and says the talented Voices Merging group is molding some great artists. The future looks like “women being able to decide what their place is instead of being told,” Cage says.

Does this power of choice come with the progressive attitude that allows a woman to walk bare naked down the street? “Her use of nudity was not grotesque but integral to the message,” Cage says of Badu’s video that it was “smart and 100 percent effective in engaging people to think.”

“I like it,” Tefera says. “She’s turning around how people see women and how we’re portrayed in music videos. She’s being revolutionary. She’s making people think.” Lastly, Isa emphasizes, “She’s creating her own textbook as an individual.”

Along with Voices Merging, the conference was sponsored by the University of Minnesota’s departments of Gender, Women and Sexuality studies, Cypher Coalition, Substance and many others. Voices Merging hosts open mic events every other Monday night, 8-10 pm, at Moose Tower free of charge. Spots fill quickly, so some early if interested in presenting. All are welcome.