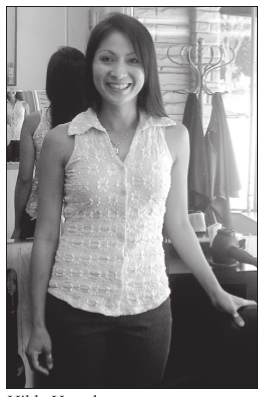 Hilda’s Hair Hut, located near 42nd St. and Cedar Ave., is recognizable for its black-and-white awning. Although the building is small, inside there is a big personality. Hilda Huynh (pronounced like “win”) has owned Hilda’s Hair Hut since 2000, when fate brought her to the neighborhood.

In the spring of 2000, Huynh was driving her kids to school. Because 35W was closed, she had to take an alternate route down Cedar Ave. Passing through the intersection at 42nd St. she saw a “For Rent” sign in a store-front window. Huynh was looking for a space to rent, and she saw that this building was the perfect size. The owner told her the store had seen many different businesses over the years. Recently it had been a flower shop and a consignment store. She knew it would take work to turn it into a barbershop.

As Huynh renovated, she found hair and extra plumbing in the walls, which made her suspect hers was not the first barbershop in the space. Sure enough, some of her older customers told her they had their hair cut at this location when they were children. Huynh believes her building was meant to be a barbershop.

In 2005, the owner gave Huynh an opportunity to buy the building, and she jumped at the chance. The shop space came with an adjacent house. Huynh has since received a Minneapolis Great Streets Façade Improvement Grant, which allowed her to spruce up the exterior of her building, including purchasing the awning. 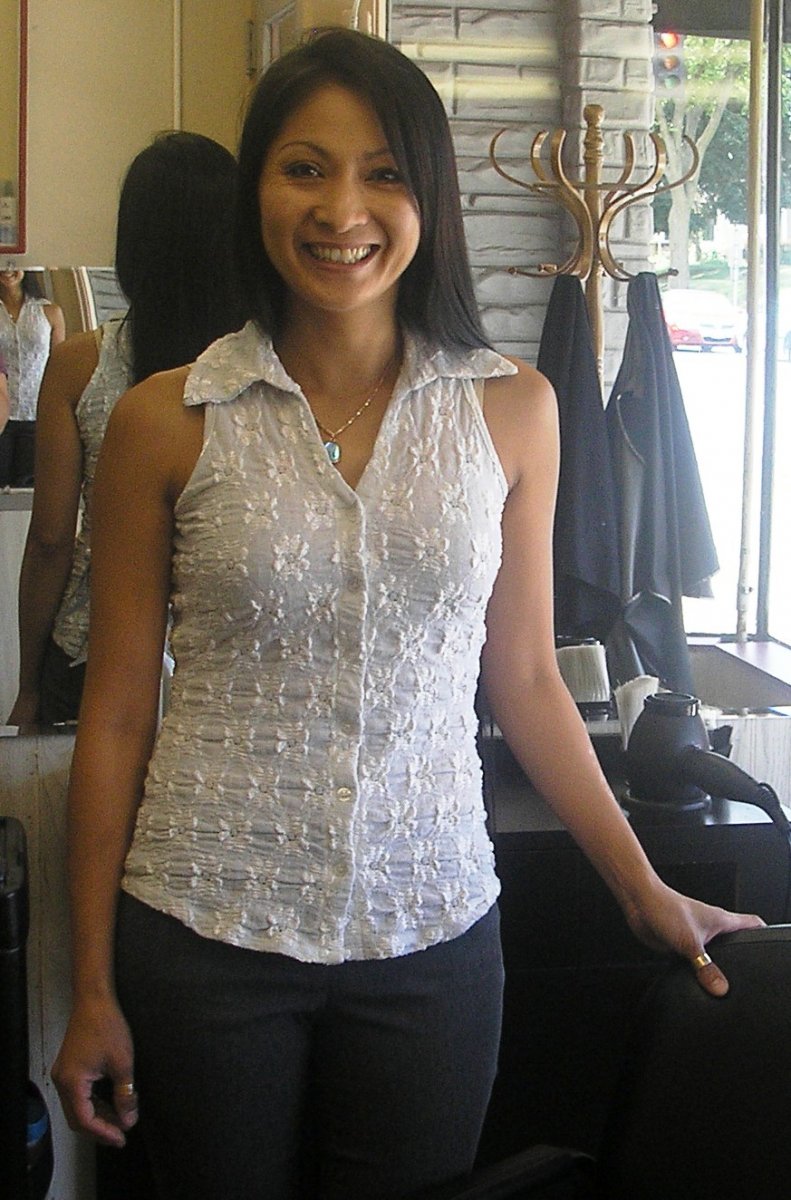 Prior to moving to Minnesota in 1999, Huynh owned a large salon in California. In Minneapolis, she worked in a three-chair barbershop and realized it was the perfect size for her. Now in her own business, she enjoys having a smaller shop, one employee (her sister Mai Nguyen), and the ability to roll out of bed and right into work. Huynh lives in the adjacent house, which is connected to the shop through the basement. “I don’t even have to go outside,” Huynh says. And she loves living on the busy intersection, just knowing “something’s going on out there.”

Hilda Huynh knows her barbershop is unique. “People come in expecting to see a little German woman with a gray bun on her head,” she says. “They’re surprised to see my sister and me with our knee-length black hair. I tell them I’m the Asian version of Hilda.”

Huynh believes in focusing on the customer as a person, not just as a head of hair. Walking into Hilda’s Hair Hut, you’re likely to find it’s filled with her laughter and stories. When asked what one thing she would like for people to know about her business, she says, “We cut hair with heart . . . passion and heart.” As well as heart, Hilda’s Hair Hut offers a variety of services including haircuts, perms, shampoos, flat tops, fades, frost caps, beard trimming, and eyebrow waxes.