National Night Out at Riverside Plaza (Photo by Nekessa Opoti)

Are the Riverside Plaza and Seward high-rise apartment complexes, home to low-income residents for more than 35 years, “beyond merely shabby” and filled with crime? Or are they “a vital and fascinating mix of cultures … a series of villages in the city with the opportunity to begin life in the United States among one’s countrymen?”

As rehab plans for the Riverside Plaza buildings go forward, community debate has intensified. Many people object to the design of the buildings, or to the concept of high-rise apartment housing for low-income residents. For others, the discussion is tinged with racism and anti-immigrant prejudice.  One commenter observed: “One person’s ghetto is another person’s village.”

We plan in-depth reporting on the two neighborhoods, highlighting concerns and facts, with multi-media articles, video, audio and photography. Our reporting will include a high level of participation by people who live and work in the communities, featuring their voices and their stories. It will include:

Our team of citizen journalists has deep connections in the community, and is eager to get started. 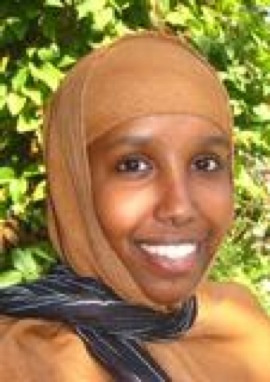 Ramla Bile Ramla currently serves as the Communications and Fund Development Manager for the African Development Center, an economic development organization serving new American communities in Minnesota. She is a former editorial board member of the Minnesota Daily and a producer for the KFAI collaborative project, Muslims in Minnesota, and has written extensively for Mshale, with much of her reporting focused on the Somali community in the Twin Cities.

Justin Elston is a graduate student at the University of Minnesota, pursuing a Masters in Public Policy at the Humphrey Institute. He has worked on projects drawing the subjects of journalism into the reporting process, as well as blogging and reporting. 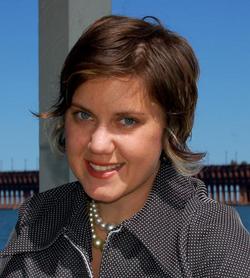 Karen Hollish is a freelance writer, editor and photographer who lives in northeast Minneapolis. Her recent projects include Slow death at Bad River: Diabetes in Indian Country.

Nekessa Opoti has reported extensively on Somali and immigrant issues in the Twin Cities, and also edits/publishes Kenya Imagine and co-edits Mashriq, an East African diaspora print magazine in Minnesota.

Sheila Regan has covered stories ranging from the 2008 Republican National Convention to the Korean and Somali gardeners at Cedar-Riverside, and theater in the Twin Cities. She also teaches theater, creates theater, and has been involved for years with Bedlam Theatre in the Cedar-Riverside neighborhood.