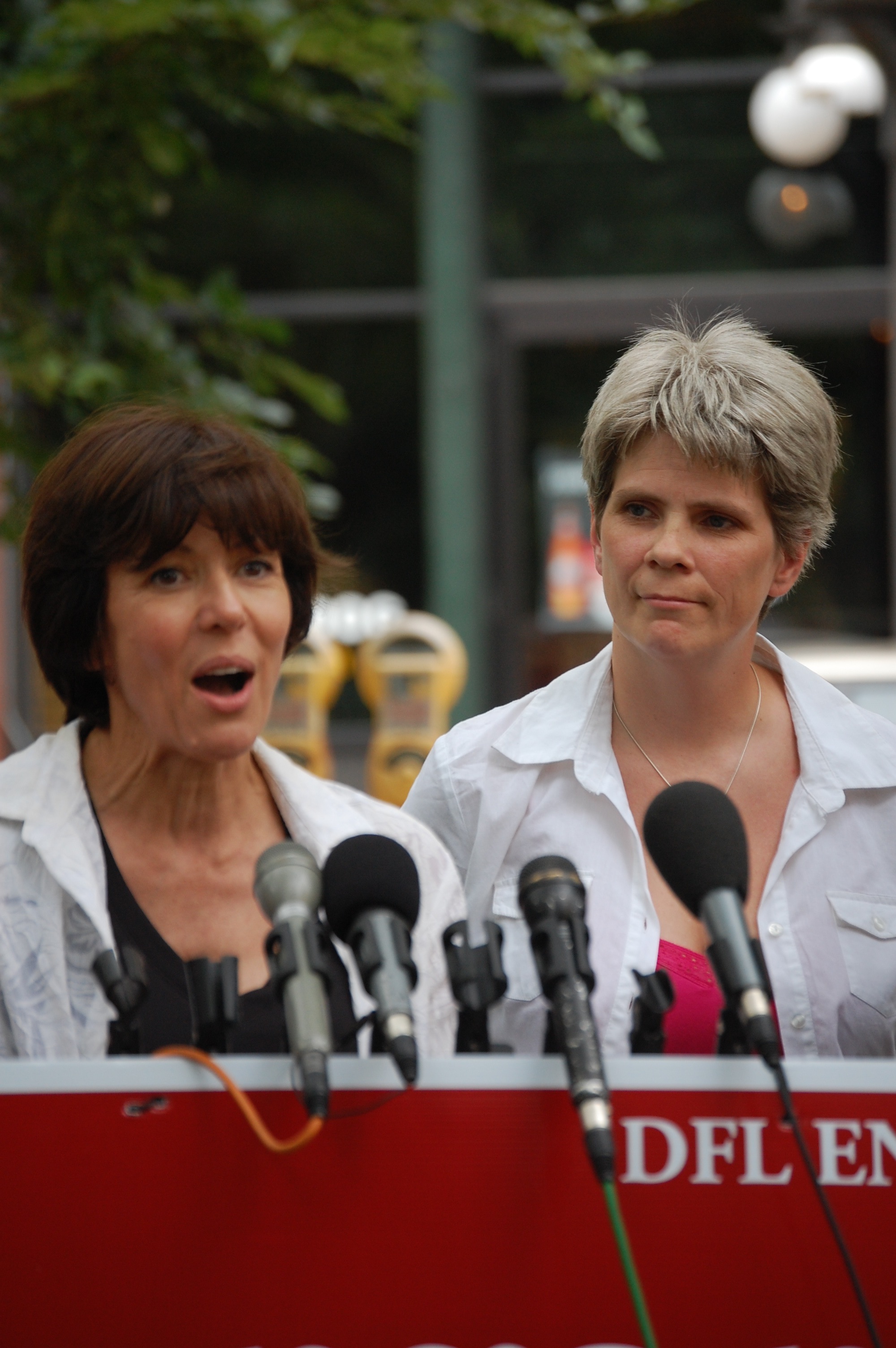 “I’m not very political, but when someone threatens my livelihood, I have to step in,” said Renee Kroeten, a single mom from Plymouth working three jobs to support herself and her three children. She is paid a good wage as a unionized banquet server at the Marquette Hotel, she said, but doesn’t get enough hours to make ends meet, so she works two other part-time jobs.

If her wage is cut, she probably won’t be able to send her son to college, Kroeten said.

In remarks that have created a swirl of controversy, Emmer said some workers in the hospitality industry make $100,000 a year and that employers should be allowed to pay any worker who earns tips less than the minimum wage.

Recently, Emmer backtracked and changed his proposal to say the tips should not be subject to income tax. He also announced he will hold a town meeting Wednesday with servers in the hospitality industry at Ol’ Mexico Restaurante in Roseville.

Some servers, however, aren’t buying it. They appeared at a news conference Tuesday with Margaret Anderson Kelliher, the DFL-endorsed candidate for governor.

Anderson Kelliher said she not only opposes Emmer’s “tip penalty” proposal, but would support a $1.50 an hour increase in the state minimum wage, which is currently lower than the federal minimum wage of $7.25 an hour. The state standard applies to smaller employers who are not subject to the federal law.

“Most servers are not getting rich,” Anderson Kelliher said.

Lissi Corbett, a St. Paul server, agreed, saying she not only makes far less than $100,000 a year, “you could not pay me $100,000 to vote for Tom Emmer.” Corbett has started a Facebook page to support the DFL candidate for governor.

Wade Luneburg, secretary-treasurer of UNITE HERE Local 17, which represents workers in the Twin Cities hospitality industry, has spent many hours at the state Capitol fighting proposals like Emmer’s to cut the pay of tipped employees. But the issue has never garnered the headlines like it is today, he said.

“This time it seems to be resonating with a larger community,” he said. More than half a million Minnesotans earn $10 an hour or less and they may be feeling that “If he [Emmer] is going for the servers, he’s coming after me next,” Luneburg said.

Liza Kent certainly feels that way. Her union job at the St. Paul Hotel helped her family survive when her husband was unemployed for two years, but they still lost their Minneapolis home to foreclosure, she said.