UPDATED 3/16/2011—Every ten years, after every census, all kinds of political lines get redrawn. Some states lose Congressional representatives (ten this year) and some gain (eight this year.) Minnesota keeps the same number of representatives in Congress, but will still have to redraw the district lines. The Census Bureau has been releasing data for redistricting, one state at a time. Minnesota data is set for release Wednesday, March 16. 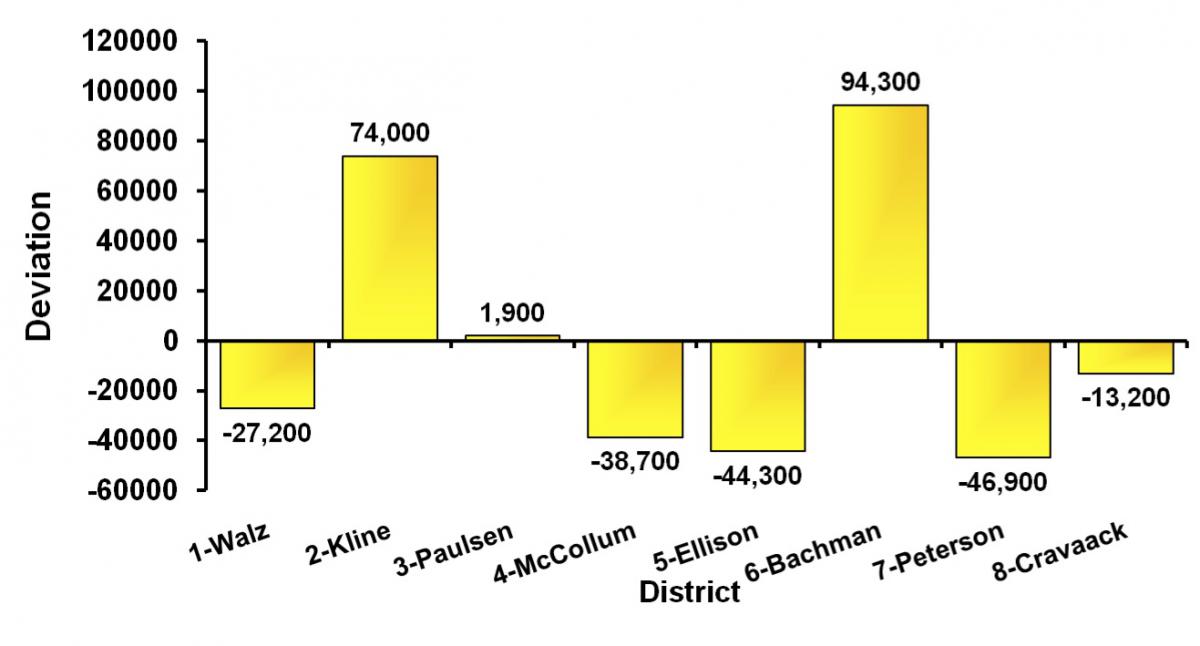 State Demographer estimated equal population in 2009 was 662,600.  Actual 2010 result is 662,991. Slide from presentation by Jeff Narabrook at Minnesota Council of Nonprofits.

The state legislature redraws the lines for Congressional districts and also for itself-the 67 Senate and 134 House districts. The governor can veto the plan. Eventually, if the legislature and governor fail to reach agreement, the courts get involved.

Municipalities and counties each set their own process for redistricting. In Minneapolis, a citizen advisory group will draw the city council and park board districts (see sidebar.)

The cardinal rule for redistricting is simple: One person, one vote. Beyond that, lines can be drawn in a number of ways. The criteria to be considered are:

“Kansas’ definition is relatively common: in keeping voters together, map drawers are asked to consider “[s]ocial, cultural, racial, ethnic, and economic interests common to the population of the area, which are probable subjects of legislation.”).
Politics, of course, is always a central consideration. Each party tries to maximize its advantage. Political gerrymanders can be drawn to protect incumbents or to eliminate challengers. 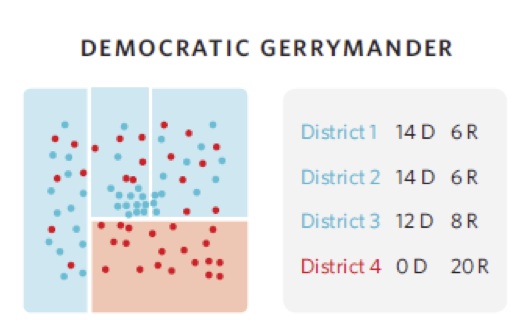 These diagrams from A Citizen’s Guide to Redistricting, published by the Brennan Center for Justice, show how the same population can have district lines drawn in a way that maximizes the advantage of one party or the other.

Many Minnesota groups and prominent political leaders advocate establishing a commission to redraw Congressional and legislative district lines. The Republican legislative leadership is not receptive to these proposals.

Redistricting must be completed by February 2012. With a Republican legislature and a Democratic governor, it seems likely that no agreement will be reached. According to Jeff Narabrook, public policy assistant at the Minnesota Council of Nonprofits, “With divided government, which we have had every time [for redistricting], the courts end up drawing the map.”