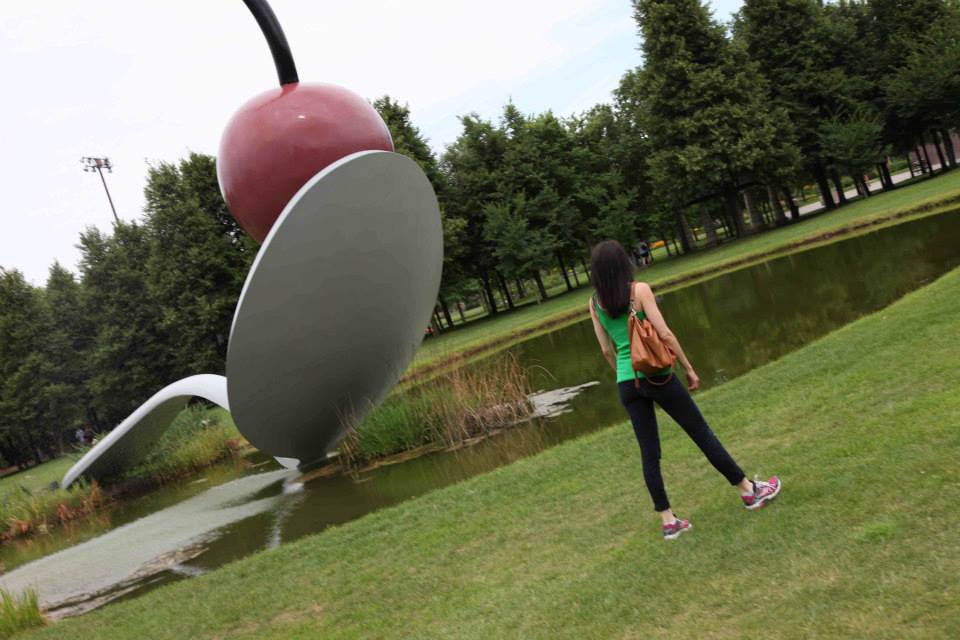 As Minneapolis grows will newcomers find a welcoming, open city or one socially closed and isolating? A long-time Minneapolis resident introduces a newcomer to the summer art scene and wonders.

It’s no secret that Minneapolis can be a hard town to crack socially. Minneapolitans are famous for boomeranging – leaving, sometimes for years, then coming back. They go off to college then come back. Travel for a decade through Asia, then come back. Bike across Africa from north to south and then, that’s right, come back. Even superstars like Prince come back. And when they return, they often resume their places in social networks they’ve been part of since kindergarten. These familiar and close-knit circles can be comforting for natives. But, to outsiders and newcomers, Minneapolis can often feel cliquish and socially closed.

Over the years, I’ve talked to many newcomers. They often describe their first months in the city as difficult and lonely. They describe feeling like a loner looking into a crowded bar where everyone seems to know each other and are laughing and talking. Take Sara, for instance, a bright, funny, attractive young veterinarian who recently moved to Minneapolis after completing her residency in Michigan. Sara had experienced the dark side of Midwestern reserve in the small city where she did her residency, and was hoping she would not feel so isolated in Minneapolis. “I moved to the Midwest from the south, where I grew up. In the south people talk to you, even if you are a stranger. I was shocked when, after months, in Michigan, no one had even reached out to me. Or, invited me out for a beer. I even started to feel like something was wrong with me.”

I met Sara at Muddy Waters, an uptown bistro frequented by beer geeks, tattooed hipsters and shaggy scenesters. She had just moved into one of the newer rental developments and was trying out the menu for the first time. A regular, I was chatting with a bartender I knew whose bright orange hair and prominent tats contrasted sharply with her black leather vest when Sara, a slender woman with black hair, bounced in and climbed onto the stool next to me. Minneapolitans are usually unwilling to sit close to someone they don’t know when there are open seats at the bar. Curious at this unusual behavior, I struck up a conversation. Sara was chatty, funny and intelligent and let me know that she had just moved to town. So I asked her if she would like to hang out over the weekend and have me show her around.

The big three art fairs were going on and the Minnesota Fringe was in full swing. So, I figured there would be lots to do. I liked the thought of introducing her to many of the locations and experiences I had come to enjoy, having lived and worked in Minneapolis for over 15 years.

Lots of newcomers are arriving in the Twin Cities, especially in Minneapolis. Recent articles in the local press have highlighted a study by the Met Council that found that Minneapolis is the fastest growing city in the region. New census information shows that Minneapolis’ population grew by 9,430 between 2010 and 2012, bringing the city’s estimated population to 392,008.

The signs of growth are particularly visible in Uptown. And not everyone is happy about the changes. Many fear that the new high rent “luxury” rentals will price artists and long-time residents out of the neighborhood. Others fear the gritty underground character will be lost as young professionals fill the large residential buildings. Many welcome the new developments and the customers they will bring for local businesses. Despite the various opinions, the facts are undeniable: Minneapolis is growing and many young professionals like Sara will be trying to make friends and build social networks in a town where “Minnesota Nice” can often feel like “Minnesota Ice.”

On Sunday, at the appointed time, Sara joined me on the 4 bus and we headed downtown. Our itinerary started in the Minneapolis Sculpture Garden. Then we quickly checked out the Loring Park Art Festival and grabbed a bite to eat at one of the food trucks. Then we hurried across the park, through the Loring Park Greenway, down Nicollet Mall to the train and got to the Mixed Blood Theater just in time to catch our seats and enjoy the show. Along the way I played tour guide, telling her about what I knew of the history of the places we passed. After the show I was able to introduce her to of the lead actors in the play, Jamila Anderson, who I was also meeting in person for the first time. We also got to meet Jamila’s family, and the director of the show.

Our conversations throughout the day had been lighthearted and engaged. We talked about our childhoods, families and travels. My joy in sharing with her a city I’ve come to love and her curiosity and interest helped build a rapport that generated lots of laughter and friendly ribbing. “Thank you so much! You can’t believe what a gift this is, Reggie.” Sara gushed as we walked away from the theater. “Wasn’t that awesome?” I replied. “I love my new city.” she purred.

Sara with Spoon and Cherry 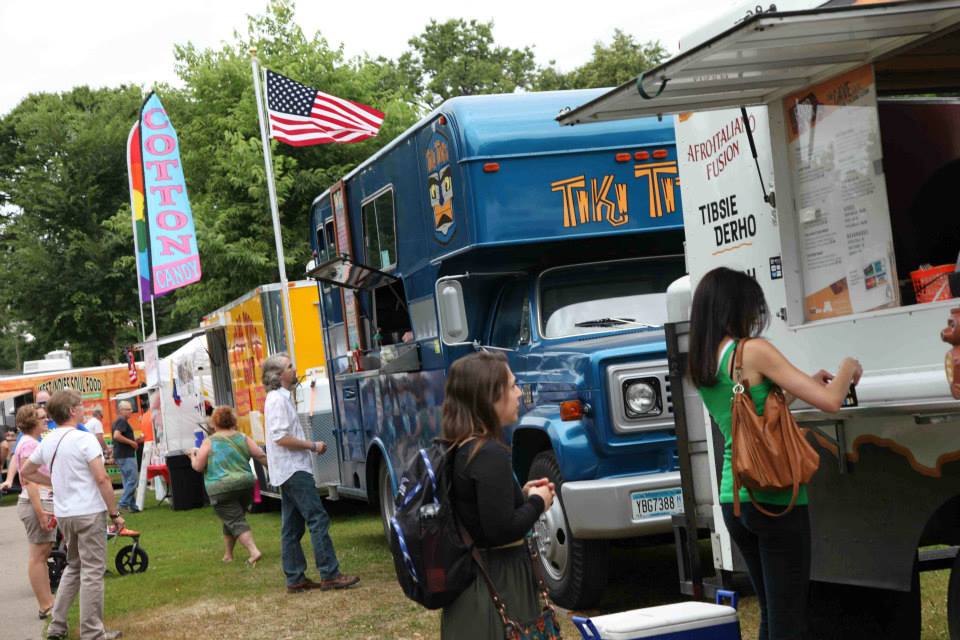