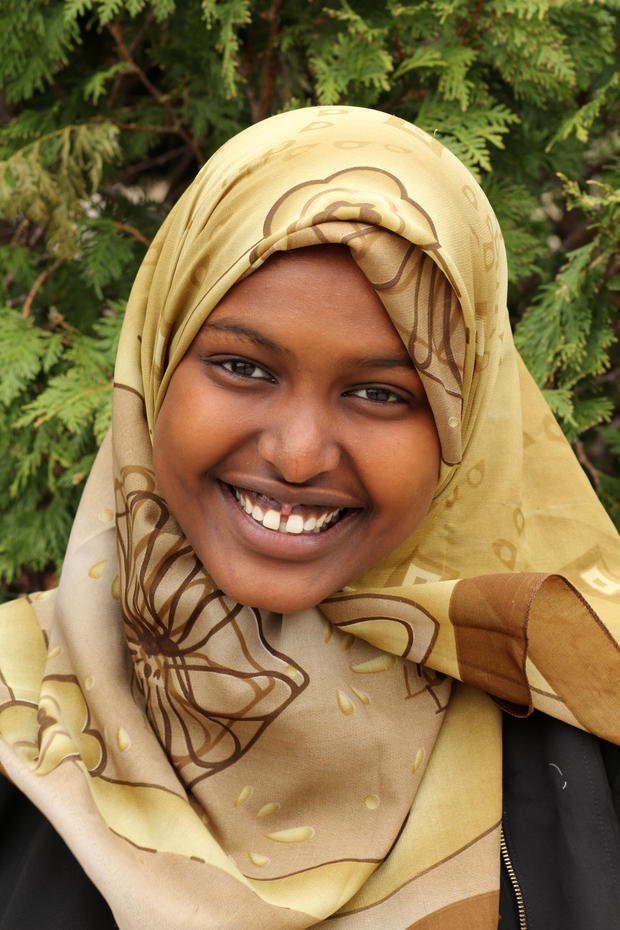 When Husna Ibrahim stuck her hand inside the envelope and pulled out her acceptance letter for the University of Minnesota–Twin Cities, her life’s dream came true.

“Every day just being able to say that you go to the University of Minnesota and walking up and saying ‘oh my gosh, I’m a college student.’ That’s a huge deal,” Ibrahim said.

Ibrahim is currently a sophomore student at the University of Minnesota–Twin Cities and is an alumnus of Project SUCCESS, a program that showed her college was possible.

Ibrahim was originally born and raised in South Africa. Growing up, her mother wanted her and her four sisters to be independent and educated. In South Africa, education is expensive which is why Somali daughters are typically only in school from first to fourth grade and then later stay at home to help the family. Eventually, the daughters are married off for a better life.

“That’s not what she wanted [for us],” Ibrahim said of her mother. “She also saw that education was a stepping stone and it would make a huge difference in all of our lives.”

Ibrahim first grew up in a community where she was surrounded by other Somalis. Later, her family moved to a diverse area in South Africa. During the World Cup, she said her and other Somalis faced issues of xenophobia from other African tribes.

“There was a lot of clash and problems between Somalis and South Africans,” Ibrahim said. “They would basically abuse people.”

With the hope of living in a safer community and gaining a better education, her family migrated from South Africa to the United States of America in August of 2010. Ibrahim was enrolled as a sophomore at Patrick Henry High School in Minneapolis, Minnesota. While she had aspirations of going to college to pursue a higher level of education, she didn’t think it was possible since she didn’t know of anyone who pursued a post-secondary education.

“If you wanted to talk about it, your friends [had] no idea what to say about it,” Ibrahim said.

One day in her English class, her teacher told the class Project SUCCESS would be coming.

“My English teacher was really excited,” Ibrahim said. “Having her so animated and happy about Project SUCCESS coming to class…it made us excited.”

Project SUCCESS is a nonprofit organization that serves about 12,000 students throughout Minnesota’s metropolitan area. The goal of this organization is to get students grades 6-12 thinking about their future goals. For Ibrahim, they helped her through the process of applying to college by bringing college administrators to class and even taking her to college campus visits her junior year of high school. It first started with goal setting.

Ibrahim said the program’s workshops really helped get the students thinking. She said when their facilitator asked about their goals the class was “stumped.” Ibrahim said it was because it was the first time someone had asked them about their future plans and how to set realistic goals to get there.

Slightly discouraged after seeing her older sister be waitlisted after applying to college, Ibrahim said Project SUCCESS helped push her to apply to her first choice school, the University of Minnesota.

“The thought of getting rejected [was] sad,” Ibrahim said.

One night Ibrahim returned home and her sister and mother handed her an envelope that was pre-opened. She reached her hand in, grabbed the letter and saw she was accepted by her first choice school!

Project SUCCESS Director of External Relations Marta Fraboni said she was happy to see how Ibrahim reached her goal.

“It’s incredibly rewarding to see the vision of what we have for our students, to recognize their own potential,” Fraboni said. “Just to be able to have all these new doors open for Husna and for her to really grab hold of that and run with it is phenomenal. It’s an inspiration to all of our students.”

Ibrahim tells her story at events for Project SUCCESS to inspire other students to reach their dream. She said she has also run into a few students from Project SUCCESS at the University of Minnesota.

“It was nice to know Project SUCCESS was still there, leading children to just realize what they want,” Ibrahim said.

Ibrahim is majoring in biology with a minor in Spanish and is expected to graduate in the spring of 2017. She and her sister mark the first generation in their family to receive a college education.

“It helps me understand where I come from,” Ibrahim said. “So many of us…are changing what it means to be a Somali woman.”