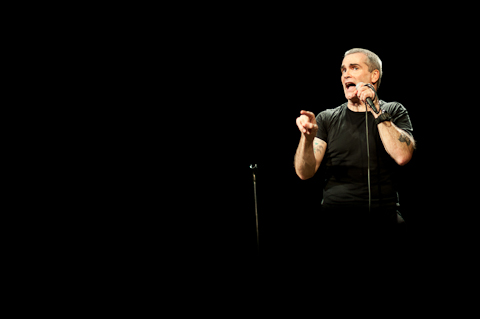 Henry Rollins won’t let you forget that he’s old now. He’ll come out on stage looking just as he ever has in his plain black t-shirt and pants, wind the mic cord around his hand and waste no time diving into his first harangue of the night. His stories will be full of enthusiasm and vigor and he will captivate his audience with his extreme command of the stage and microphone. But tonight, between all his anecdotes about the English language and stories about his travels, he’s going to make sure you know he’s 50 now and this is just the beginning.

The audience is Rollins’s best friend. He’ll be the first to tell you that he doesn’t really know anyone and that his idea of an exiting Saturday night is listening to Led Zeppelin’s Houses of the Holy alone at home, first in stereo and then again in mono. He explains that “off the road, I’m like an animal in a cage,” which is hardly surprising. He thrives equally on the experiences themselves and the act of sharing them with you.

Much of the enchantment one experiences through these stories can be attributed to Rollins’s loving chokehold on the English language and his ability to paint a vivid picture using just his voice and the microphone. You can’t help but cringe, maybe even cry out a little, when he tells you that the sound of his own nose breaking at a Black Flag show resembled that of “a Redwood being cleaved by a bolt of lightning.” During his first trip to the Burbank, California branch of Costco, he couldn’t help himself from reading aloud from George W. Bush’s Decision Points at the check-out line in an amusing impersonation of the former President. As he reenacted the scene alone on the stage of the Cedar Cultural Center on Monday night, it was delightful and not difficult to imagine the small crowd of characters that gathered in the store to both enjoy and scowl at his impromptu performance.

Towards the end of the show, during a story about his trip to Hanoi, Rollins made a point of telling the audience that he’s not funny. The audience received this with a hearty laugh, not a single person believing him. “I can convey stories to you that are humorous, but I am not funny,” he said. “The message is funny, not the messenger.” This insight is one of the fundamental concepts at the core of all Rollins’s spoken-word performances. While the subjects he discusses are often ones we know little about and that sit heavy on the shoulders, you won’t walk away feeling that heaviness or ignorance. He might be telling you about the devastation of Vietnam that’s still evident decades later, but the story is really about his tour guide Ka, who tells Henry he can call him “Ka, Mr. Ka, whatever—as long as you don’t Ka me late for dinner.”

Regardless of the topic, every story Rollins shares is an adventure to be dazzled and humbled by. His seemingly ceaseless traveling and touring are less about keeping himself occupied and more about spreading the idea of change and the realistic optimism it will take to achieve that. You’ll never feel uninformed listening to Rollins, nor will you ever feel like his beliefs and ideas are being forced upon you. Citing Thomas Jefferson and Joe Strummer as equal role models in his neverending search for understanding, Rollins is positive that this century will be the most remarkable time to just be. “The P-Funk/Ramones 24/7 block party starts on our watch.” 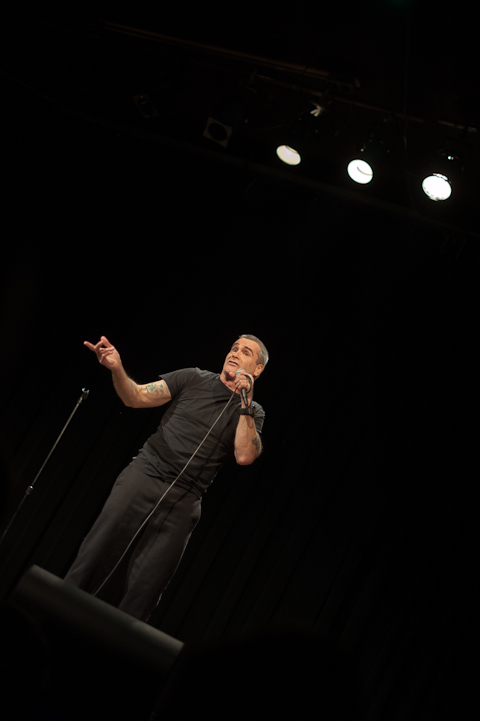 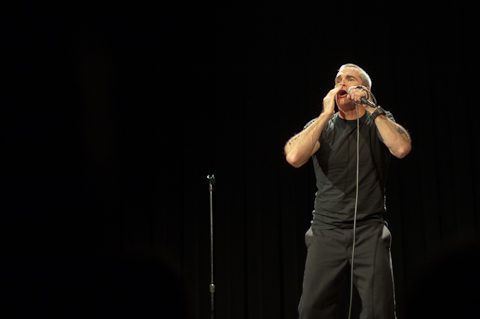 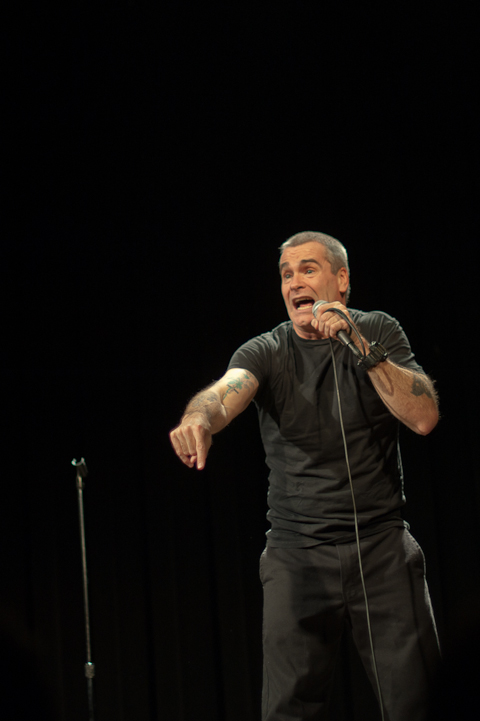 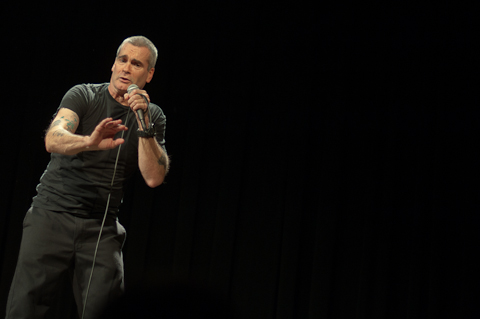 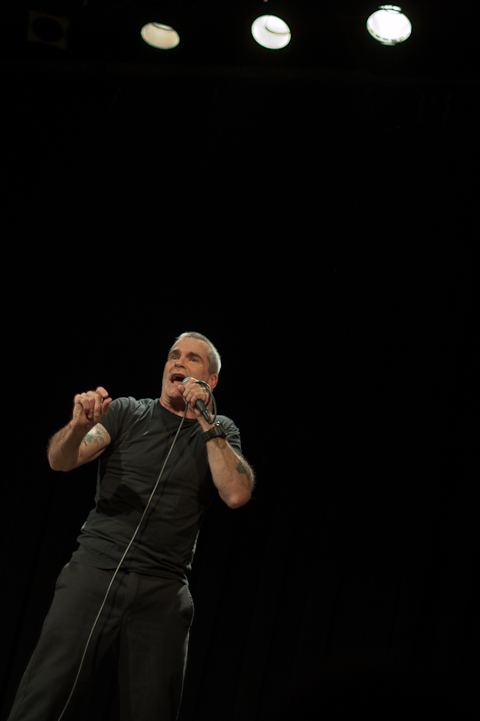 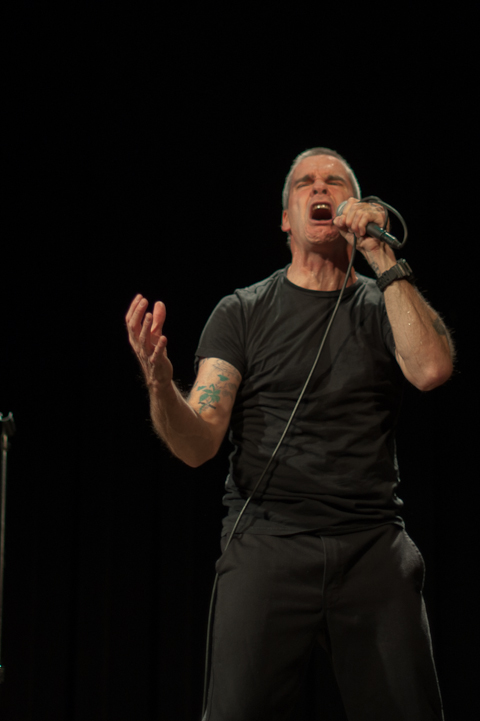 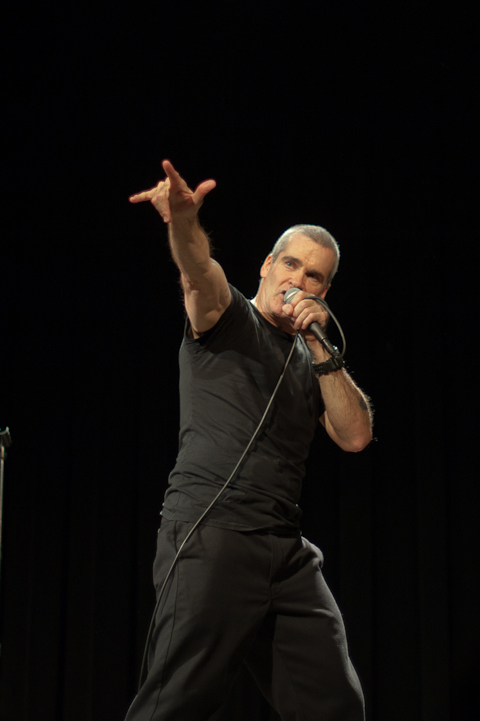 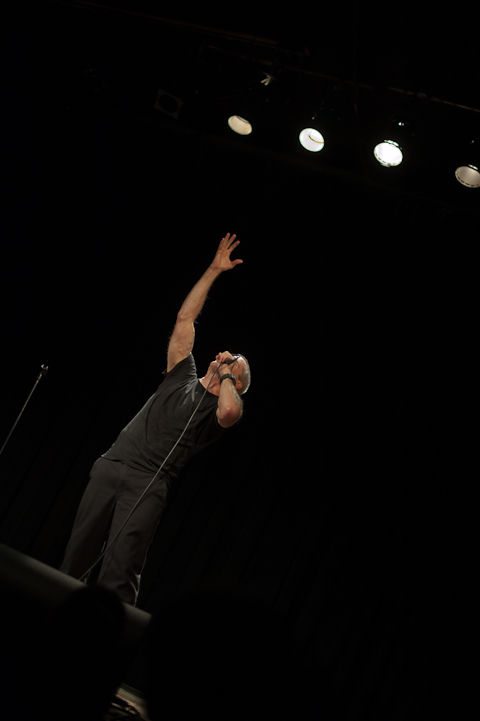