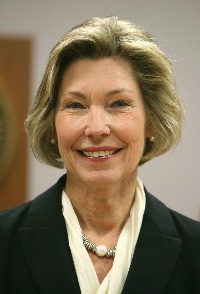 “Once juveniles are initially detained, then they are more likely to stay detained; more likely to end up in out-of-home placement,” said Lucy Wieland, Hennepin County Juvenile Judge and co-chair of the county’s Juvenile Detention Alternatives Initiative.

JDAI strives to make sure the detention center is used to detain only those juveniles who actually pose a risk to the community rather than as a catchall for all juvenile offenders.

“Detention ends up setting off a whole chain of events that are negative,” Wieland said. “It’s not to say there aren’t kids who belong in secure detention, there are. But, you want to make sure they are the kids who are dangerous and pose a risk to public safety.”

Racial disparity occurs when juveniles who have similar prior arrest histories and are facing similar pending charges are treated differently by the justice system based on their race or ethnicity.

Wieland stated JDAI has attacked the disparity issue on multiple fronts, and has made dramatic strides in dramatic reducing the racial disparity of juveniles held at the Juvenile Detention Center over the past five years.

Bench Warrants. According to Wieland, when JDAI was created in 2006, the Juvenile Detention Center held, on a daily basis, approximately 100 juveniles. Approximately thirty-eight percent were being held on bench warrants for nonappearance. Innovative programs by JDAI, such as their volunteer-staffed Court Calling Reminder Program, which calls families to remind them of their child’s upcoming court hearing, have led to a 20 percent increase in juvenile court appearances. Also, for those who need an additional nudge, the Community Coaches program uses community liaisons to connect with juveniles and families to gain a commitment that the juvenile will attend hearings, even those that may have been rescheduled.

“What we found is, with assistance, most juveniles will come to court,” Wieland said.

Domestic Assault. The most common juvenile offense resulting in detention was domestic assault, yet nearly two-thirds of those held were released at their detention hearing a few days later. As an alternative to detention, police now take juveniles with no prior adjudications for assault to the safe shelter program at either The Bridge for Youth or St. Joseph’s Home for Children, where counselors assess whether the juvenile can return home or stay with a relative.

“The theory here is they probably need a little cooling off period,” Wieland said.

Probation Violations. Probation officers no longer need to rely on the detention center as their primary method of addressing minor violations. Now they use a Response Grid that offers them more latitude. Depending on the violation, an appropriate consequence may range from increased urine analysis testing to house arrest.

“It’s a way the probation officer and families together deal with the juvenile short of putting him in the detention center,” Wieland said. “That doesn’t accomplish anything.”

Risk-Assessment Tool. JDAI developed a non-biased risk assessment tool that standardizes the criteria used by judges to determine release by giving each juvenile a score based on the same factors. As this tool removes subjectivity from the decision process, judges hope it will help them to ferret out possible instances of disparity. Judges who choose not to follow the recommendations must provide an explanation.

“We put that into effect a year ago,” Wieland said. “Now we track that and make sure where judges are departing, whether it’s up or down from where it should be, there’s no racial disparity.”

Adding to JDAI’s efforts has been a sharp decline in juvenile crime since it peaked in 2005. In the first nine months of 2010, overall arrests dropped 22 percent and violent crime decreased by eighteen percent, compared to the previous year. More police visibility in Minneapolis schools and the development of a juvenile supervision center to address low-risk offenders contributed to this decline. The County Attorney’s office filed 45 percent fewer juvenile felony cases. 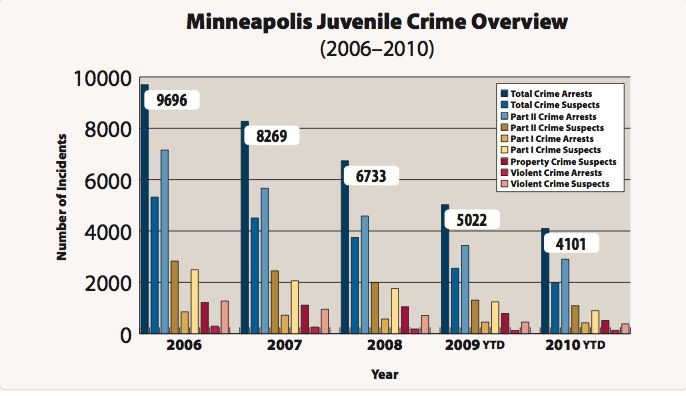 All of these measures have helped the overall number of juveniles detained by more than half. Yet, the number of youth of color detained still disproportionately exceeds their representation in the population in Hennepin County. While only one-third of 10-17 year-olds living in Hennepin County are kids of color, this same group makes up 90 percent of those detained. This specific form of disparity is known as “disproportionate minority contact.”

“Disproportion is going to be pretty hard for JDAI to address,” Wieland said. “In my opinion, you’re dealing with lots of social issues that we probably don’t have control over.”

Brian Smith, co-chair of Eliminating Racial Disparities, a JDAI sub-committee, agrees. He is aware that even if racial disparity is entirely removed from the juvenile justice system, there is still a possibility the disproportionate minority contact may remain high. However, he also believes pockets of disparity still contribute to this high number.

“We’re digging deeper to see if we’ve covered all are bases,” Smith said. “It’s still early in the process to say we’ve completely eliminated the disparities that lead to disproportionality.”

Smith stated the Eliminating Racial Disparities sub-committee is conducting a “decision-point analysis” to examine how race and ethnicity sometimes subtly impact critical stages of the system, from arrest to final disposition. Disparate treatment of juveniles can lead to disproportionate minority contact.

“Any subjective decisions being made affect it,” Smith said. “We need to be as objective as we can be.”

Objective decision-making is critical in achieving JDAI’s mission, “to create an effective, fair and efficient system that protects public safety and produces positive outcomes for youth, families and communities.”

“You have to hold yourself to that standard,” Wieland said. “I believe we all do in the system.”