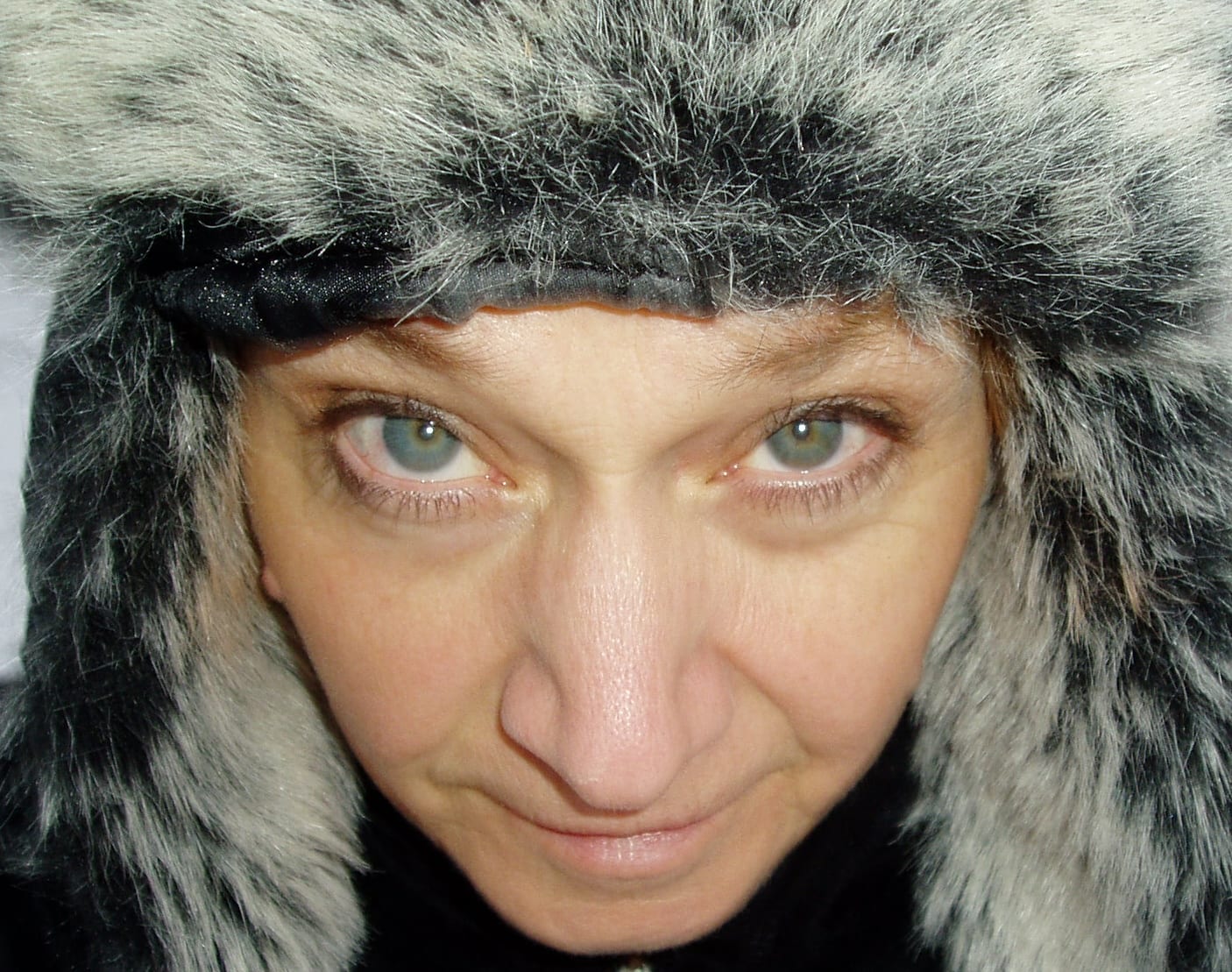 Heidi Arneson is a writer, performer, painter and native Minnesotan. She also is, as the saying goes, a piece of work. Just try having a conversation with the free-wheeling spirit that doesn’t leave you munching on food for thought. Arneson takes artistic expression as more than a profession. It is, for her, a lifestyle. Personally, politically, socially, she makes no bones about speaking her mind and isn’t the least bit concerned about being considered eccentric.

It has worked out quite well. Her plays include Bloodymerryjammyparty, Grrl!, Big Wrap Mac, Potato Chip Head, The Beast of Nothing, Queen of Block E, Homeland Security, Snake Lady Sheds Her Skin, Small Barbie, PreHansel & PostGretel, The  Brunette Breck Girl, Mary Margaret Please Appear, DeGrade School and Heidi House. She has performed her work as a featured artist at numerous performance art venues in such Twin Cities venues as, in a long list, The Walker Art Center, Southern Theater, Jungle Theater and Patrick’s Cabaret, where her newest work, Eat Dirt, debuts as a contribution to Patrick Scully’s curated evening, Not Guilty. Arneson also has seen her work done at Franklin Furnace and Dixon Place in New York, Cleveland Performance Art Festival, N.A.M.E. Gallery in Chicago, Playhouse Merced in Merced, California, C.S.P.S. in Cedar Rapids Iowa, Wagon Train Project in Lincoln, Nebraska, and ACE Arts Inc. in Winnipeg. Awards and honors include Blank Slate Theater’s 2012 production of Bloodymerryjammyparty named in “Top 10 Plays of the Year” by Twin Cities Daily Planet and awarded “Outstanding Achievement in Theater for Youth” by Lavender Magazine. She’s a recipient of the Bush Artist Fellowship Award for Performance Art. Her artwork has shown in many juried shows, and at local cafes in Minneapolis, including the Matchbox, Blue Moon and Second Moon.

Patrick Scully states, “The initial impetus for Not Guilty came from a request from the Cabaret’s E.D. Amy Hero Jones. She let me know how much she valued the edginess of [my] work. As the universe would have it I am in the midst of a struggle with the city, surrounding issues of nudity. Most timely, I have a court date set for March 26, where I will plead not guilty to breaking any law for swimming in Twin Lake in Wirth Park last summer without “appropriate attire.” Hence the title for the whole show. I invited artists to participate in this show who have a record of creating work that challenges.  Heidi was at the top of my list. I have known and admired her work for more than 20 years.

Heidi has a free spirit, a creative mind, and the courage to put it out there. Heidi does not gladly suffer fools, rather, she embraces the fool in each of us, including herself, and helps us dream ourselves out of our foolishness. She’s one part Rosa Luxemburg, one part Isadora Duncan, and one part Anna Deavere Smith. A true Minnesota original.”

Sitting at Seward Café of coffee and quiche, Heidi Arneson granted me an interview to briefly talk about whatever came to her mind.

So, how did this piece come about? Your casting call asked for folks who wanted to perform nude. Did Patrick Scully call you out of the clear blue sky and say, “Would you come on stage and get naked?”
No, not at all.  Every one of my pieces has been first done on his stage. And I’ve created about 15 different plays. (She also has a novel she’s working on and keeping under wraps.)

When I asked you for a bio because it’s important not to leave out necessary information you had a self-effacing response.
Well, we want to give these young folks an idea of what a fool I’ve made of myself in the past. So they’ll understand why I’m doing it now. We want to stir things up. And remind kids that artists are here to question. And delve. And step outside. Be risky. Risk their lives. I used to get death threats.

From who?
I don’t know. Crazies who didn’t like what I said. [I get] misunderstood. I didn’t do stuff to piss people off. I just wanted to speak and share my truth, that’s all. This is how I look at it. You step on stage ready to die. Right?

I wouldn’t go that far.
Well, metaphorically. My point isn’t to inflame or incite. Just to give people a different perspective. Shine a light on things people don’t want to look at. I like to do that. I try to involve the audience in my work.

So, for Eat Dirt, are attendees expected to disrobe?
No.

Now, for this play, you’re not saying anything so strong, you need a bodyguard.
I don’t think so.

Well, I hope not. Before we end, what is with you and worms? Gonna have to start calling you the Worm Woman.
No, you won’t. I knew this woman, as a girl. She had a rich pile of worms. The most beautiful garden of prize roses.

Okay. The script is almost train of thought. Existential. It’s certainly got a strong rhythm and speaks ideas you don’t come across everyday. Including the way it treats issues.
It does. Can I read from it?

Sure.
She seethed with children. They clung to her skin. And as siblings do, her children fought. They chased, waiting in traps and bit off limbs. They rolled and rocked and squirmed upon their mother, licking, sucking, copulating messes. And she loved them each one equally as they shoved and bit and fought for space. Every act of theirs she cherished. But one thing her children did not do. They did not tear their mother into pieces. And nothing went to waste. Nothing was wasted. They did not throw away. Throw away. What is away? What portion of the cosmos is a garbage dump. But, I don’t have time for this, if I did, which I don’t. I’d say we have a problem. Many! What’s the problem of the week? Overpopulation and pollution, starvation, obesity, greed, racism and the economy, our speciocentricity.

All that from worms.
You get the truth where you find it.