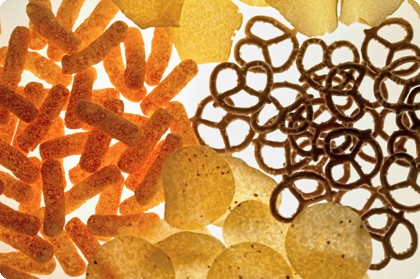 Michelle Obama has the right idea. Her highly publicized “Let’s Move” Childhood Obesity campaign works to improve the nutrition and health of our children. But her focus on obesity misses the real problem: that of a broken food system. And framing this issue as one of childhood obesity is too narrow and may end up traumatizing the very children she wishes to help.

Almost 10 percent of Minnesota’s children are at risk of hunger, according to Minnesota’s Emergency Food Shelf Network, and sadly 12.2 million children nationwide face the same hunger risk, according to WhyHunger.org. Michelle Obama’s initiatives could do much to fix this.

Wait-hunger? Isn’t Obama talking about obesity? Those junk-food-eating, video-game-playing, spoiled American children that need to get off their rear ends and go play outside? For many, this is the picture of obesity in America. No one can be obese and hungry-can they?

And therein lies the problem: the focus should be on family and community food security, not obesity.

In the U.S., hunger and obesity go hand in hand; they indicate poverty in America. Lack of access to healthy, fresh, nutritious-and affordable-food leads to increased consumption of energy-dense but nutrient-poor junk food. The timing of paychecks and food benefits often leads to cycles of want and plenty in which the pantry is empty by the end of the month. In our food system, energy-dense processed foods cost $1.76 per 1000 calories while fresh fruits and vegetables cost $18.16 per 1000 calories, according to the Food Research and Action Center. Thus, children-particularly low-income children and children of color, who tend to live in neighborhoods under-served by grocery stores-are unable to access the healthy food they need to grow. Plus, we know that children without enough of the right kinds of food to eat have a harder time concentrating and more behavioral problems at school, setting these kids back further.

Michelle Obama recently rolled out an interactive map online called the Your Food Environment Atlas, developed by the USDA Economic Research Service. The map shows the connections between access to food and levels of health.  This includes statistics on the number of grocery stores in a given neighborhood, the availability of fresh fruits and vegetables in stores, dependency on public transit, and relative prices of milk versus soda and whole grains versus refined grains. As the map shows, a lack of food freshness, quality and affordability becomes concentrated in poor neighborhoods, while an excess of food outlets with high quality and low prices is plentiful in richer neighborhoods. This picture of food insecurity at a community level demonstrates the inequality of our food system in the U.S. For example, while in more suburban areas the average is about one grocery store per 5,000 people, in North Minneapolis there are two grocery stores serving over 45,000 residents.

So why doesn’t Obama focus on childhood food security? An anti-obesity campaign ends up vilifying fat and can quickly descend into a campaign against obese children. Anyone who has struggled with weight knows that fat-shaming does not work. Singling out fat children makes them targets of teasing, distancing them from their bodies and the food they eat. A focus on the negative prevents all children from learning about positive nutrition, self-care, physical activity, and a healthy relationship with food. And in the United States, where a 2006 study “Appearance culture in Nine- to Twelve- Year-Old Girls”  revealed that 40 percent of nine-year-old girls say they are on a diet when asked about their food choices, kids need all the help they can get.

There are other, better ways to promote and evaluate children’s health. Simple measures like more public green space and safer streets enable kids to play actively. Working toward more equitable food access, the implementation of localized food policy councils across the nation, teaching children knowledge about food and nutrition; all of this would be a good place to start. The goal: nourishing the 12.2 million hungry kids in the U.S. and more than 100,000 Minnesotan children, and helping all kids grow up healthy.

In her speech announcing the initiative, Obama said, “The tone, hopefully, that I approach this, is one that is inclusive, and not judgmental – and helpful.” By reframing her campaign in terms of childhood food security rather than obesity, Obama can be more fully inclusive.