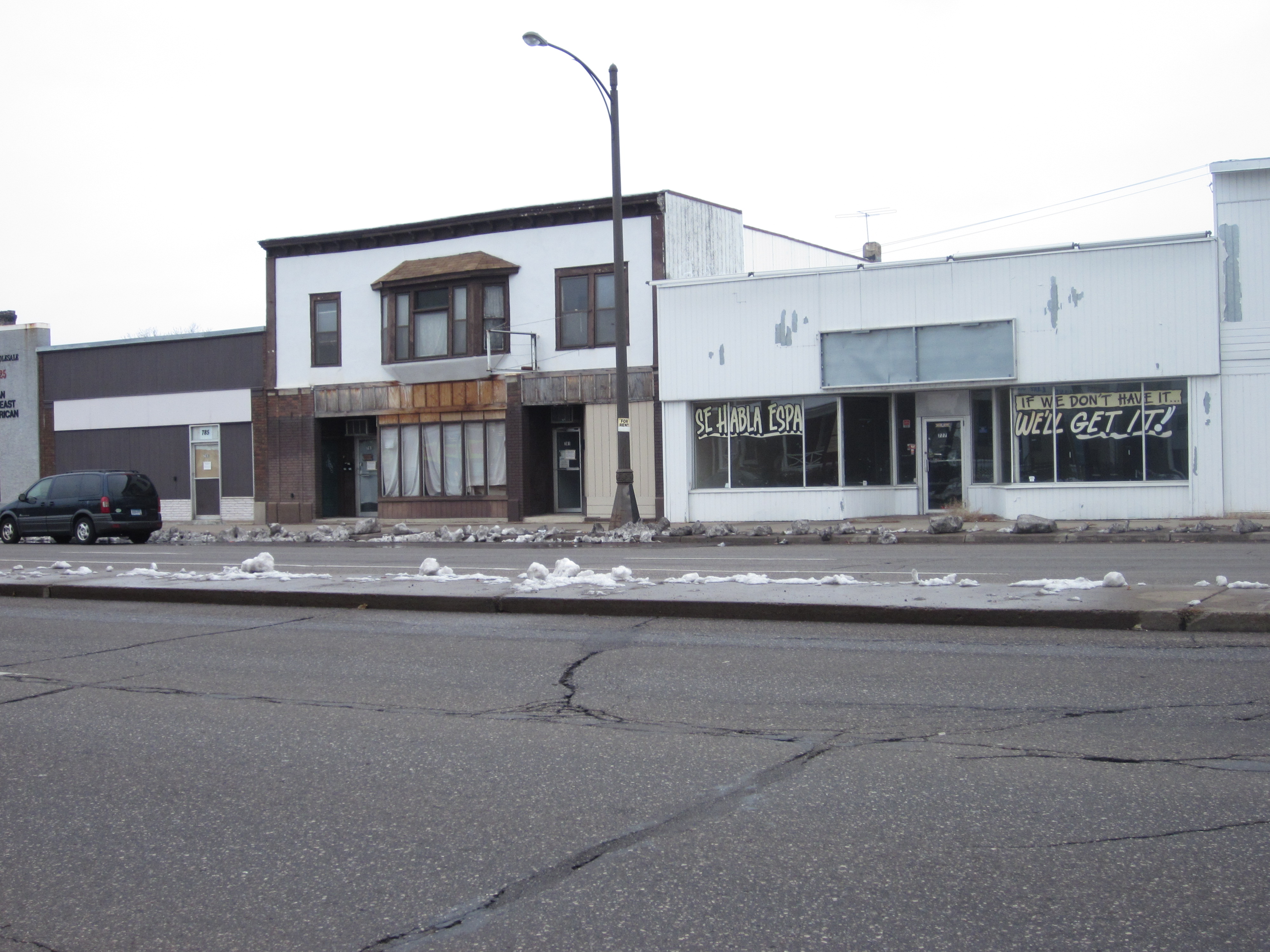 As planning begins along the Central Corridor, Model Cities wants to get a head start. Their latest project, which is in the first developing stages, is a mixed-use project that will include affordable housing along Central Corridor on University Avenue. According to the CEO of Model Cities Dr. Beverley Hawkins, they are looking at addresses 773-785 on University Avenue between Lexington Avenue and Dale Street, which are currently vacant. So far they have site control of two of these sites, 773 and 785, which they have acquired through their own funds.

Model Cities is a Community Development Corporation (CDC) based in St. Paul that is dedicated to “promoting the wellbeing of underserved communities”, particularly in Ramsey County. In the last 20 years Model Cities has shifted its focus to real estate development in St. Paul.

Twin Cities Community Land Bank , a non-profit organization that was created to “help spur land acquisition and site control to meet the changing housing needs in the Twin Cities,” has also approved a $150,000 loan to Model Cities for acquisition of 783 University Avenue. According to Becky Rom, president of Twin Cities Land Bank, this loan was possible because of a local foundation, the Pohlad Family Foundation.

Hawkins said Model Cities was extremely grateful for this loan, saying “The money from Land Bank was a real blessing for us…the $150,000 will leverage a lot of money for this project,” which Hawkins estimates will cost a total of $7.5 million.

While the project is in its beginning stages, Model Cities has a vision of what they want the project to be. According to Hawkins, they would like to tear down the existing commercial space (773-785) and create a mixed-use project that would include commercial space on the street level and housing above. This housing would be mainly one bedroom, with a few two-bedrooms. Hawkins also said they want to create more surface level parking and underground parking to accommodate residents.

Hawkins said there have been some community meetings discussing what the community would like to see in the commercial spaces of the mixed-use project, with one meeting being held at Model Cities’ own community room. They have discussed creating space for a wide range of tenants from retail to office space to educational institutions.

As for the cost, specifics have not been worked out. Hawkins said, “A person should not pay more than 30% of their income on housing.” Model Cities plans on making this possible for residents through public subsidies government grants, although these have not yet been attained. Hawkins said Model Cities will be applying for financing from Minnesota Housing, a major housing funder in the state, after they actually have site control.

Hawkins said Model Cities plans on having site control of four to five of the sites 773-785 by January 2011. “Unless you have that control, all you have is a conversation and it is very difficult to have a serious conversation about financing the project,” Hawkins said.

When talking about Model Cities’ vision for development along the Corridor and in St. Paul in general, Hawkins said, “People think it is a long shot, but most of our projects we have done have been long shots.”

Hawkins said Model Cities would like to have financing situated for the specific mixed-use project in 773-785 University Avenue by this time next year.