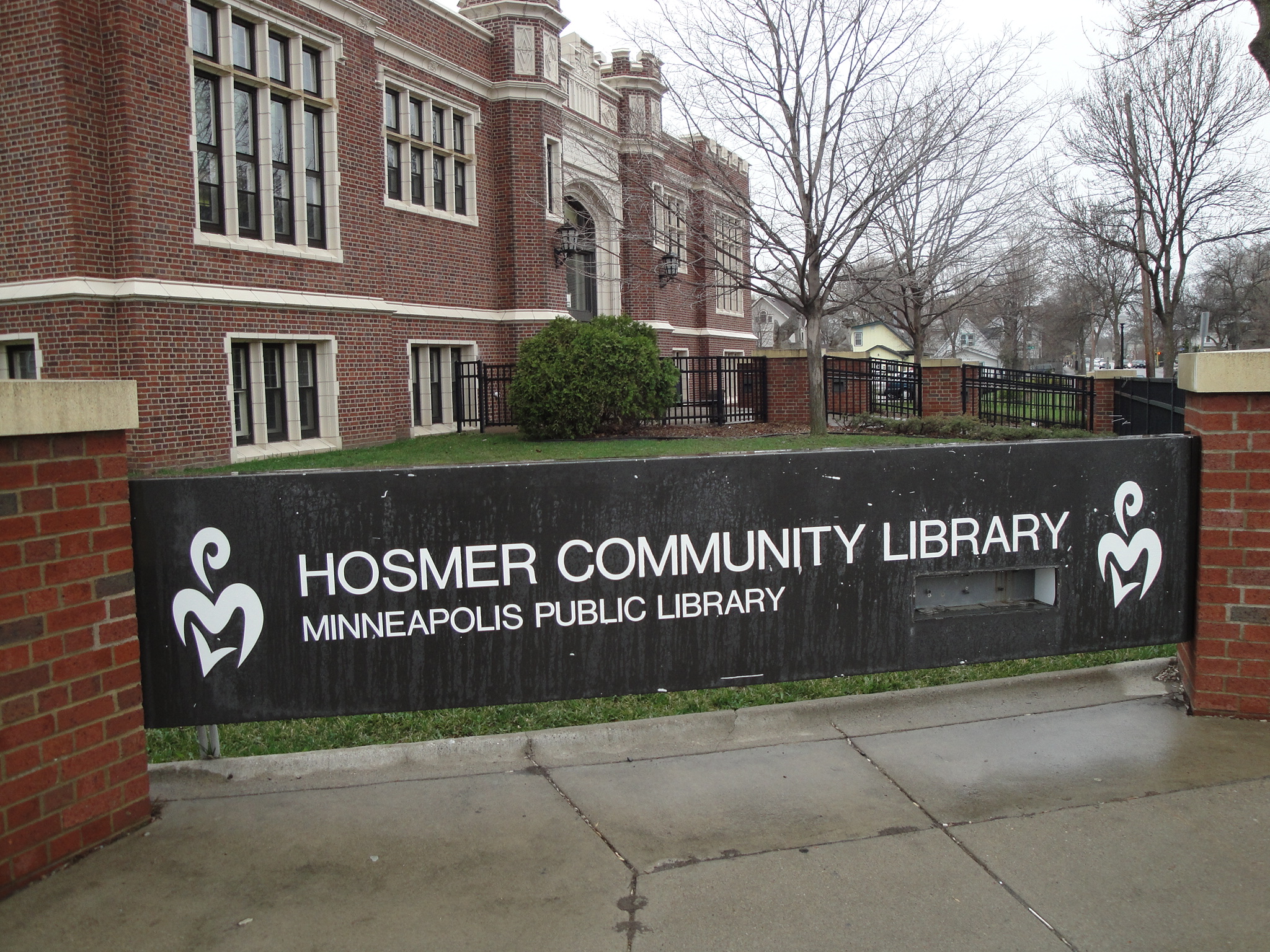 Hosmer Community Library in south Minneapolis. Residents were worried their NRP dollars might not be welcome there to fund the neighborhood library's unique collections and program offerings.

After months of waiting, the Central Area Neighborhood Development Organization (CANDO) is closing in on a final contract to provide $22,000 in support for Hosmer library in south Minneapolis. CANDO, along with concerned residents who regularly use the library, were waiting for approval from Hennepin County Library – a new relationship for the neighborhood group to maneuver. “They’re kind of slow,” said Jim Parsons, CANDO’s executive director.

Before the merger, the neighborhoods had given directly to Hosmer.

According to Hennepin County Library Director Lois Langer Thompson, the delay is because of how gifts are handled since the merging of Minneapolis and Hennepin County libraries. All gifts, she says, must go through the Library Foundation of Hennepin County. Despite the additional bureacracy, Langer Thompson said the library system welcomes gifts meant for a particular library.

“So money that is donated comes into the Foundation and can be designated specifically for a library or a program or just given generally,” she says. “The reason we have all these neighborhood libraries and community libraries is to repsond to the different neighborhoods. One size doesn’t fit all.”

CANDO wanted to make sure the donation went to Hosmer. “It would have been a deal breaker,” said Parsons, if the county wouldn’t allow the neighborhood group to target the funds. CANDO wants $15,000 allocated to collections and $7,000 to support programs, such as Hosmer’s World Music Series.

“We love the community support and that neighborhood support coming,” says Langer Thompson. “They’ve been a great supporter of the local library.”

Parsons says he expects approval on Monday, and then CANDO will be able to draft a contract to seal the deal.