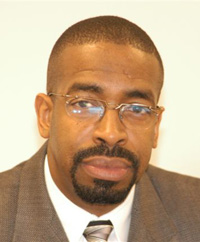 The MCP mission and vision is focused on college preparation and success. MCP’s mission is to instill in students the scholarship, discipline and honor necessary to succeed in college and beyond.  MCP’s vision is to establish the highest performing open-enrollment high school in Minneapolis with an emphasis on serving low-income students and preparing them to graduate from college.

“One does not go to college and automatically know what to do and how to study; it is our job to prepare them,” Chang said.

The school will be hiring staff and enrolling students over the next few months.  The regular school day will be 8am-4pm.  Freshman and sophomores will take double courses of math and English to build momentum for college. They will also take quarterly interim assessments aligned with Minnesota state standards as well as the ACT.  Students keep the same advisor for the full four years.

“It is our job to push students to grow,” Chang said.  “It’s about honoring your history and families by leading a life of discipline.  We have a strict merit base system addressing issues such as behavior, conduct and making sure we have a respectful environment,” she said.

Eric Mahmoud, Founder and CEO of Harvest Preparatory School and Best Academy, started his program at his 12th and Upton residence with ten children and slowly evolved into five programs serving 1,000 students a day.  These five programs are SEED, the pre-school program, serving children 3-5 years old; Harvest which serves kindergarten through sixth grade; Boys in Engineering Science and Technology (BEST) Academy, a boys program started five years ago; Sisters In Science Technology Engineering and Medicine (SISTER) and an English as a Second Language for the growing East African population.

“We have five programs with the same mission. That mission is to instruct, empower, and guide African American children to achieve superior academic, social and moral development,”  Mahmoud said.

According to the University of California, a 10 percent increase in education decreases crime by 20 percent, a direct correlation of education affecting economics.

“There is a $2 billion a day unrealized economic potential, because of the achievement gap,” Mahmoud said.

Of the nine Minneapolis schools that educate about 1200 African American children, 1100 students were non-proficient in third through eighth grade academics.   “We have a cradle to prison pipeline,” Mahmoud said.  “If an unfriendly power imposes an inadequate educational system, we would call it an act of war.  In North Minneapolis, we are at war, an undeclared war on our children.  There are social and economic consequences of this war,” he said
Harvest Prep last year had a 77% proficiency in reading in comparison to the state average of 75%; in math 82% were proficient comparing to the 58% state average.  The BEST Academy program, 85% are proficient in reading and 80% are proficient in math, exceeding the statewide average.

“What we are doing at our school is working.  We want that 15% that didn’t make it to become proficient and close the gap,” Mahmoud said.

He said  the key to success is the asking and answering five questions: 1. What do our children need to know and be able to do by the end of the year? 2. What is the most effective way of teaching? 3. How do we know they grasped the concept? 4.  If they don’t have it, what do we do? 5. And if they do have it, what is the next step?

“We found that building a system around these five questions is extremely affective in working with our children,” Mahmoud said.

Meetings for the Hawthorne Huddle are held the first Thursday of each month.  For more information on the monthly meetings and how to become involved, contact Sophie Winter of General Mills at 763-764-3413.