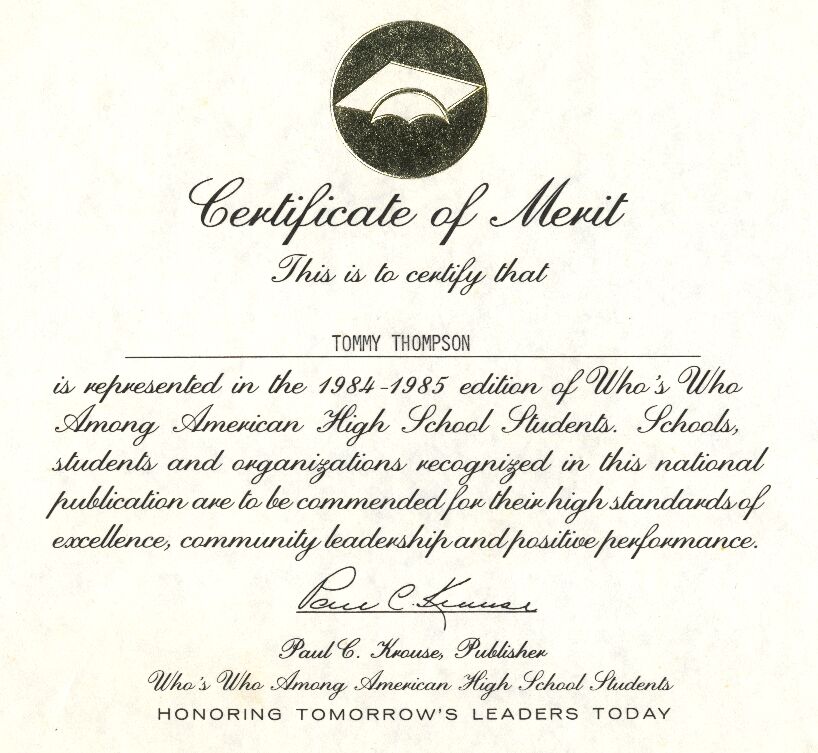 Were any of you in Who’s Who Among American High School Students? Raise your hand if you appear in some edition of that phone-book-size tome cataloging thousands of American teens who were judged by their counselors to have achieved some measure of distinction. Proving that academic excellence (or at least adequacy) does not equate with not being a sucker, Educational Communications Inc. successfuly published Who’s Who for decades, calling honorees and trying to con us into buying copies of the book as well as mugs, keychains, and other paraphernalia commemorating our achievements. The publisher finally went under in 2007, sparing future generations from the embarrassment of having Who’s Who plaques purchased and displayed by their parents in proud ignorance of what a scam the whole enterprise was.

I immediately thought Who’s Who a few years ago when I called a phone number provided by Boston University—my alma mater—with a request to confirm my contact information for a forthcoming alumni directory. After updating my information, the operator at the other end tried to sell me copies of the directory in a manner that seemed fishy, especially since she was representing a third-party for-profit company.

That company is Harris Connect, a corporation with offices in New York and Virginia. I just spoke with a Harris Connect representative once again, as BU readies its next directory. Sure enough, after verifying my contact information and buttering me up (“I hear Boston University is a very good school!”), she asked whether my alma mater could “count on my participation”—meaning, would I like to buy a hardcover alumni directory. When I passed on that opportunity, she then noted that a softcover edition is available for $20 less. No, not that either? How about a CD-ROM? Still no? Okay, then!

After the call, I contacted Harris Connect as a member of the press and was put in touch with Deb Taylor, senior vice president of client services and marketing. Taylor explained that Harris Connect works with educational institutions, fraternal organizations, and other affinity groups to collect and update data on alumni or members at no charge to the organizations. The company’s revenue stream, of course, comes from directories sold; in some cases, but not always (according to the terms of a contract worked out beforehand), the organizations share in that revenue.

When I told Taylor about my experience and my sense that I was being used, she said that “we do expect that in some cases there may be alumni who don’t want to participate or may have negative responses.” She noted that the majority of their calls are incoming—as mine were—so it’s the alumni who are picking up the phone. “We update their information,” she said, “we offer them the opportunity to reserve their a book or a CD, and if they say no we thank them for their time, and that’s the end of that conversation.”

It’s not entirely fair of me to compare Harris Connect’s directories to the near-meaningless Who’s Who guides: there’s at least some conceivable use for an alumni directory. Though much directory information is now on schools’ websites, accessible with alumni logins, that information is only as useful as it is accurate—and in point of fact, I had moved recently, so BU had the wrong address for me until I made the call to Harris Connect.

I imagine their books are also attractive products, but that’s only speculation—to know, I’d have to buy one, and that’s not likely as long as my face is still partially frozen in the look I gave my mom when she asked whether I thought we should buy a copy of Who’s Who Among American High School Students.