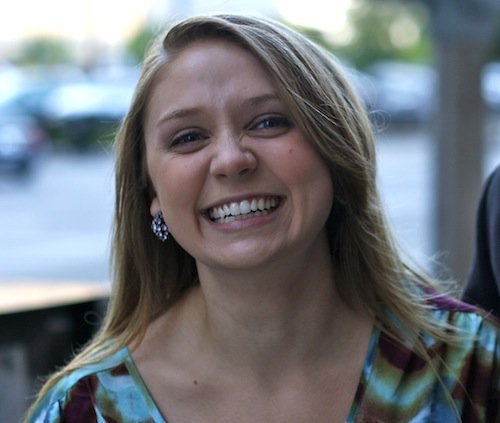 After six years of teaching, “As a whole I would say that I’m happy I did TFA,” Hannah Swanson said. The St. Olaf graduate applied to lots of different teaching programs, volunteer opportunities, international experiences, and Teach for America during her senior year. “TFA definitely had to the most rigorous application process,” she said. When she was accepted, it seemed the best choice for getting career experience, having a support network, and receiving pay and benefits.

Swanson was sent to the TFA summer institute in Houston. “Essentially you are housed in college dorms and are working from 7-5 every day,” she said. The five week program, which includes a teaching component in four of the weeks, was essentially “boot camp for teachers in terms of how to plan effective lessons, classroom management, how to collect data on students,” she said. Participants are responsible for one class during summer school, and Swanson taught seventh grade social studies. She spent a lot of time in class, by herself, and with debriefing sessions with her manager about her lessons and lesson materials.

“I know many people criticize the length of institute,” she said, “I felt like I got a good base for actually going to into a classroom,” or at least as “good as can be for a first year teacher.” She said many of her friends who were education majors and did student teaching during their senior year have told her that they got more teaching time at the TFA institute.

For the school year, Swanson was placed at Black Middle School in the Houston Independent School District, where she taught sixth grade social studies. “It was really hard work and a very eye opening experience into the lives and experiences of lower income communities,” she said.  “There were a lot of other TFA teachers at my school and as a whole the staff was on the younger side so I felt like I was surrounded by a good community of people who could help me as I needed.”

During her first year, Swanson completed a one-year Masters to get her Texas teaching license. After her two year commitment, Swanson stayed at her placement school for another two years and taught eighth grade reading.

In 2012, Swanson left Black because the school was undergoing some changes and “the district as a whole was pushing some reforms that weren’t being implemented in the best ways,” she said. Swanson started working at KIPP Courage College Prep in Houston which is part of KIPP Houston Public Schools charter network.  At KIPP, Swanson works with fifth and sixth grade students.

Looking back at her TFA experience, Swanson said felt surrounded by “really great and supportive people” both at her school and at the TFA Houston office, though she knows that’s not the case for everyone. “I’m also very grateful that TFA puts you in a classroom to give you that hands on experience, even in really tough situations because I do think they’ve provided me with a lot of perspective and knowledge that I wouldn’t have gained otherwise,” she said. “Plus I’m still teaching today, work at a school I really like and can see myself working in education for the foreseeable future. Without starting in TFA, I might not have that.”

Swanson said she would consider coming back to Minnesota, and she gets a lot of emails about it from the TFA Twin Cities people, but she hasn’t found any opportunities as great as the one she has now.

“I think for me at this point I worry about the mindset that schools have about TFA teachers,” Swanson said. “Yes, I did TFA, but I’ve also been teaching for six years and have had a lot of success. Which is more important? I worry that the anti-TFA mindset is going to overlook a lot of really well trained and hard working teachers.”