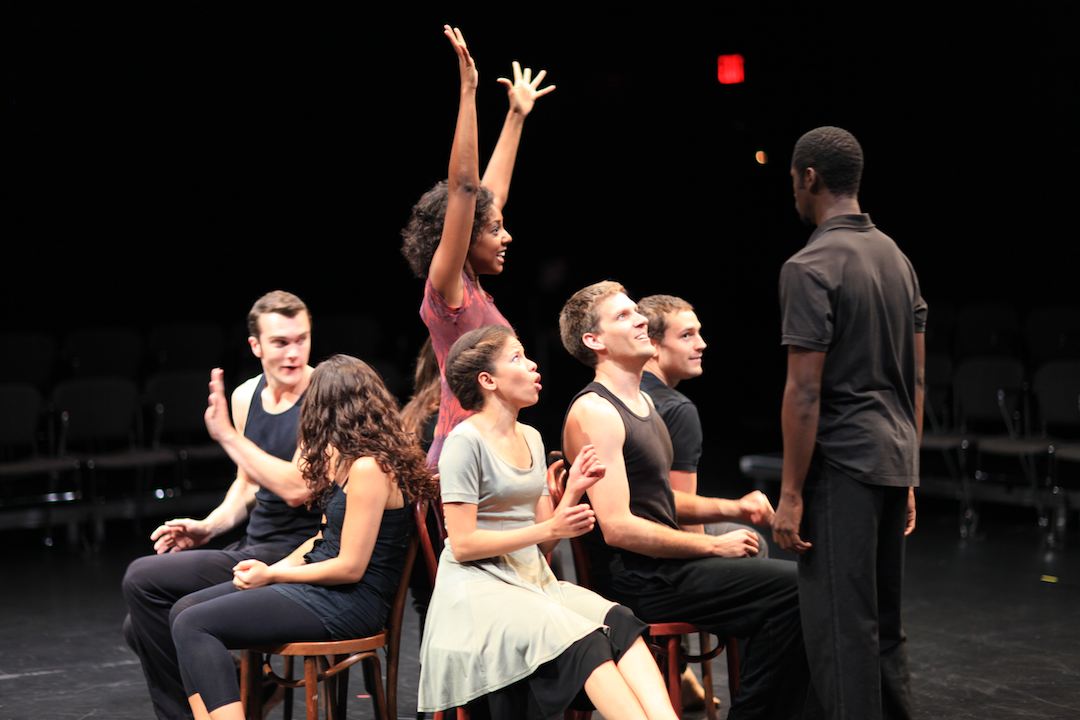 This summer, 12 of the most talented acting students from across the country have joined up at the Guthrie Theater to hone their craft as they develop a new piece of work about the BP oil spill. The actors come from acting training programs at Columbia, Brown, Rutgers, New York University, and Julliard. Under the mentorship of the Guthrie’s Marela Lorca, the two-month program “bridges the gap between training and the professional world,” Lorca said.

The Guthrie Experience program was started 13 years ago by artistic director Joe Dowling, according to the Guthrie’s website, with an aim to nurture relationships with young actors. Students attend the program prior to the final year of training at their respective institutions. Lorca said one of the aims of the program is to invite the young students to see and value what theater has to offer, so that they will enter a career on the stage as opposed to television or film, and hopefully continue a relationship with the Guthrie Theater. “We want to really ground them in who they are as artists,” she said. “After they graduate, acting becomes a business. We want them to never forget that they are artists, and with that comes a responsibility—and a joy and a creativity.”

Lorca, who has directed the program for the last five years, said that each year the students create a new piece of theater. They begin with something that interests them, and this year, they felt the oil spill was an issue that was important and that wouldn’t go away. Lorca said that exploring the oil spill in a theatrical way allows the artists to shed a different light on it.

The students have done a lot of research for the play, entitled Macondo. “There are so many aspects of the story that are rich and complex and interesting to tackle,” Lorca said. The students are asked to write their own text and songs, as well as develop movement material. They sometimes work in teams, collaborating on different sequences based on discussions the group has in class.

“I definitely steer the piece,” Lorca said. “But they bring their own creativity. It’s important for me that we hear their voices. We hear their inspirations and concerns, that they have an opportunity to speak artistically about what concerns them.”

The play the Guthrie Experience actors are creating looks at all aspects of the oil spill, from the animals affected to the BP corporate culture to the fisherman affected. Lorca said there also will be an exploration of the mythical dimensions of the disaster. “We wanted to explore what the gods would say if they arrived right now,” she said. “The spirits in the story have an opinion.”

The performances will be held at the Dowling Studio Wednesday, July 28 through Sunday, August 1. Performances are at 7:30 p.m. Wednesday through Saturday, with 1 p.m. matinees on Saturday and Sunday. Tickets are $10; call the Guthrie box office at (612) 377-2224.