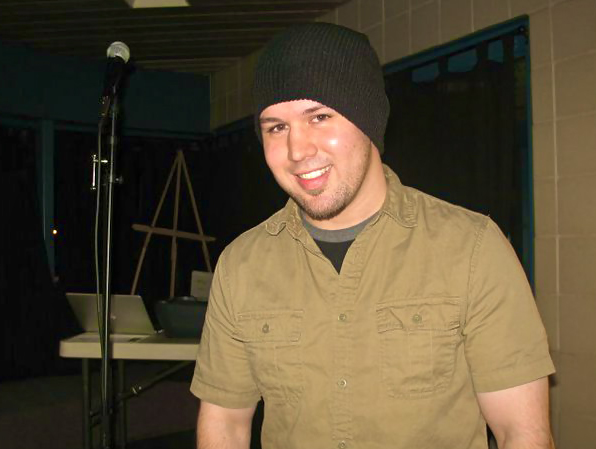 What’s your job?
“Ha. I’m a full-time rapper and spoken-word poet, and I also serve as the arts coordinator of the Canvas, a teen arts center in St. Paul. On top of that, I teach poetry and hip-hop workshops in local schools through COMPAS for the Arts, the Minnesota Spoken-Word Association and the Canvas itself. I also freelance occasionally. There’s more, but those are the things I actually get paid for.”

Other than your job, what are your claims to fame?
“I’m a two-time National Poetry Slam champion (as a member of the St. Paul team). I curate the Hip Hop Against Homophobia concert series. I’ve played Soundset; been a City Pages “Artist of the Year”; been on The Current’s Local Show; released a concept album about zombies, superhero mythology, love, and radical politics; and done a billion other things in the three years that I’ve lived in Minneapolis. I’m currently working on a progressive activist organization database and promotional campaign aimed at getting more people involved in organizing. I’m also wrapping up a book of essays, a one-man spoken-word show and a new mixtape. More than any of those things, though, I have the best Twitter of any local rapper. Easily, haha.”

Where are you most likely to be seen?
“If I’m out, there’s probably food involved. I like Black Sea in St. Paul, Quang in Minneapolis, this random Chinese buffet in Hopkins that’s out-of-this-world, and Mesa Pizza in Dinkytown. I’m at Ginkgo in St. Paul all the time because it’s right next to the Canvas. I miss Bedlam Theatre.”

Where are you most likely not to be seen?
“Downtown Minneapolis at bar time.”

With what people are you most likely to be seen?
“I don’t go out a lot, unless I’m performing. Admittedly, that’s quite often. So if you see me out at a bar or a club, I’d likely be with my musical collaborators, people like Big Cats!, See More Perspective, or Claire Taubenhaus, who definitely needs a stranger name so she can fit in.”

Where were you born?
“La Crosse, Wisconsin.”

What neighborhood do you live in now?
“I live in Northeast Minneapolis, the Windom Park area.”

What’s your ride?
“I ride the bus all over the Twin Cities, since I live in Minneapolis and work all over St. Paul. I hate driving, and have never in my life owned a car.”

What’s the best way for someone to start a conversation with you?
“Flattery! Go buy my album, listen to it, and tell me how your life will never be the same. We’ll be friends.”