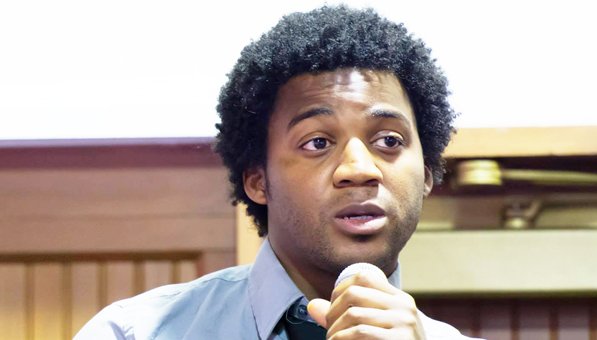 Leroy Duncan is an organizer with Protect Minnesota, a group of advocates, community leaders, activists and organizers committed to finding solutions to gun violence. Duncan says it is time for the gun violence debate to be reframed as a social justice issue.

“Reframing gun violence as a racial justice issue is essential to solving issues of gun violence,” said Duncan. “Race has historically played a massive role in gun rights in this country. Slavery prohibited gun ownership for Black people, as well as the right to education and the right to vote.”

Citing the Emancipation Proclamation and the Black Codes passed in the South after the Civil War, which Duncan explained “prohibited freed slaves from owning firearms,” he maintains that “All the way back to slavery, this issue has mattered” and that “Moving forward, it’s only continued to matter.”

Along with that, says Duncan, “is the other part of what’s happening in this larger gun violence prevention conversation currently. Instead of us looking at regulating gun manufacturers or gun trafficking, we’re implementing more and more criminal justice policies, hoping to solve a problem that has deeper roots than criminology.”

This is where Duncan sees the need to reframe the terms of the gun debate. “Most of the policies we’re getting are criminal justice policies. And if you look at the massive inequities in the criminal justice system as it exists today, state-to-state and nationally, you don’t have to look very far — over half the people in prison are African American. And most of them are in for low-level offenses. So this is more than just homicides.”

Some statistics: In the United States, every year more than 30,000 deaths are a result of gun violence. About 88 people in the U.S are killed every day by guns. Whites are more likely to shoot themselves; Blacks are more likely to be shot by someone else.

The gun debate, Duncan told us, has typically consisted of two sides: “The gun rights side and the gun violence prevention side. They go at it; they find no compromise until they finally decide that what they’re going to do is pass harsher policies, in terms of criminal justice.

“This has been the solution for gun violence prevention for decades. It’s not a surprise that it was the solution to the war on crime during the Reagan administration, and the same political philosophy that we’ve used in the war on drugs. The way to solve crime has been to put more people in prison for longer sentences — for everything.

“We’re going to ‘get tough on crime.’ The same thing with the war on drugs: We got tough on drugs and drug users. Looking over that same span, we’re getting tough on gun violence or on gun crime. It’s led to no solutions, just harsher penalties. So we’re drawing a line on that.”

In addition to dealing with the underlying socioeconomic causes, we also need to address the racial disparities in sentencing and to hold our lawmakers’ feet to the fire before the terms of the debate will change, Duncan believes. “I think that’s one thing we can do today: Call your representatives and tell them to study the disparities in sentencing.”

Another step that needs to be taken, per Duncan, is determining how guns are making their way into Twin Cities urban areas. Protect Minnesota and other groups plan to be a presence at the State Capitol in the future. In the near term, on March 28 the group plans what it calls the People’s Action Assembly on guns and gun violence.

Duncan said of the planned action, “We’re bringing people together to talk about race; to talk about guns; to talk about the corporatocracy of guns and what solutions and steps we can take to start making progress.

“We want to resort to different measures to get their ear. And that’s on us to get organized and to show up and demand that we’re heard. If we don’t have their ear, then progress will be more difficult.”