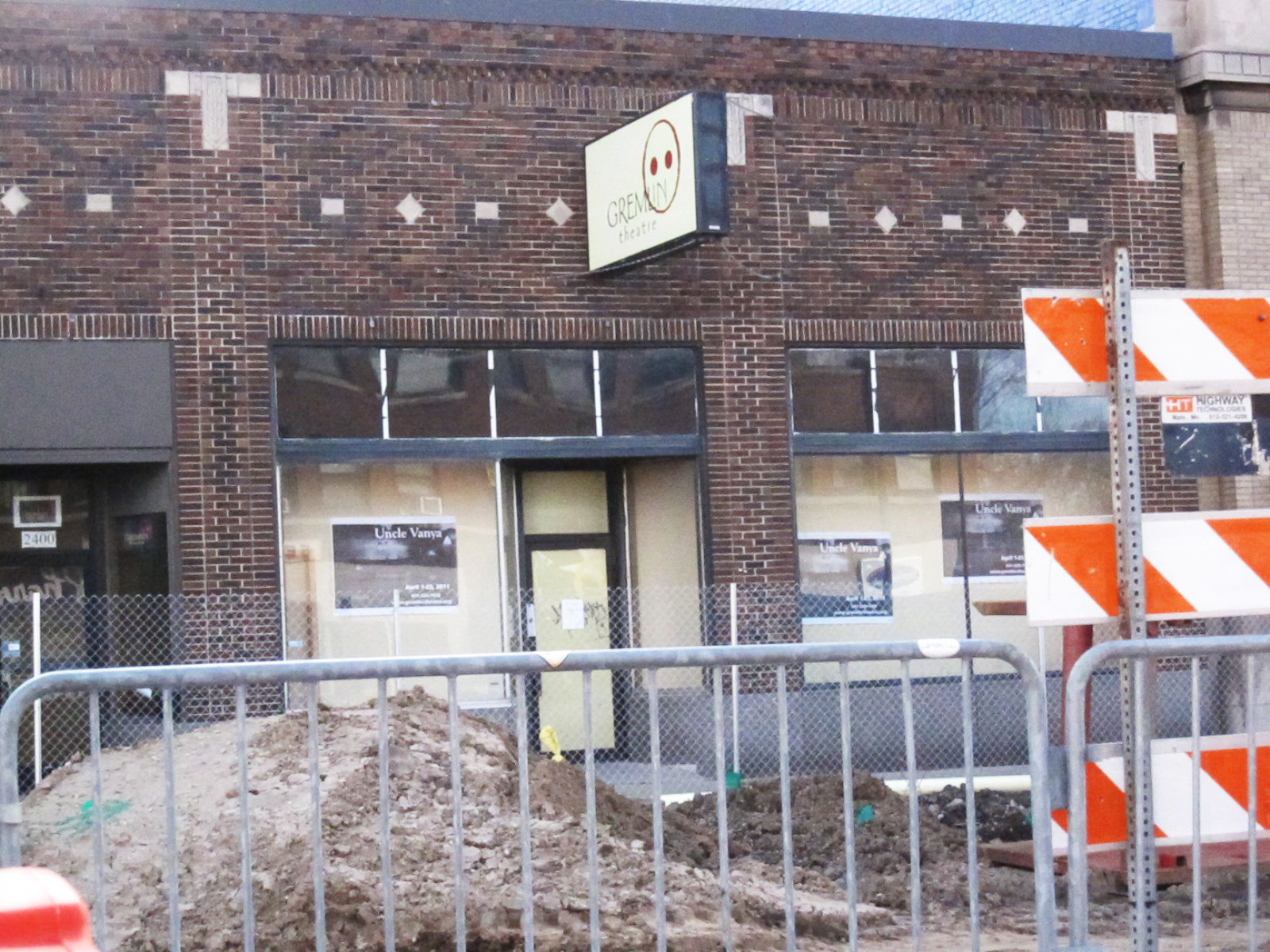 It’s been about three weeks since Gremlin Theatre has seen the stretch of University Avenue outside of their theatre torn up as part of the LRT construction, and artistic director Peter Hansen said that though the construction is a “mess,” the organization seems to be fairing pretty well with the opening of their production of Uncle Vanya.

In a couple of ways, Gremlin has an advantage over some of the businesses along the avenue—which have been “closing right and left,” according to Hansen. For one thing, because performances take place at night, the traffic isn’t quite as horrible as it is around rush hour, he says.

Also, Gremlin has a parking agreement with U.S. Bank, so theatergoers don’t have a problem finding parking. Unfortunately, crossing the street is messier-looking. “In a lot of ways it’s a perception thing,” Hansen said.

One of the main disadvantages of the construction is the theater’s limited ability to load, Hansen said, as they can no longer pull vehicles up to the front door.  Building materials, props, and costumes have to be carried from down the street.

Hansen said the theater has participated in conversations with other businesses and nonprofits along the avenue, such as the Creative Enterprise Zone Steering Committee, a coalition of nonprofit groups talking about how to get through the light rail and maintain the destiny of the neighborhood. Gremlin also hosted a meeting with businesses and residents.

Hansen said he hopes that construction in front of the building will be completed in 5-6 months. In the meantime, Hansen copes personally by just avoiding University Avenue altogether.  Driving down University is “just a joke,” he said, so instead, he drives down Marshall and cuts through side streets from where he lives in Merriam Park.

Will the LRT construction ultimately be beneficial to the theater, bringing audience members that might not otherwise be able to come? “It’s hard to know,” Hansen said. “My suspicion is that it will be the same as one before…but I’m hoping it’ll be great.”

If you’d like to support Gremlin in this time of construction, you can go check out Uncle Vanya, starring Craig Johnson in the title role and Mo Perry as Sonya. The show runs through April 23, Fridays-Sundays, with a pay-what-you-can night on Monday, April 11. Reservations can be made by calling (651) 228-7008. 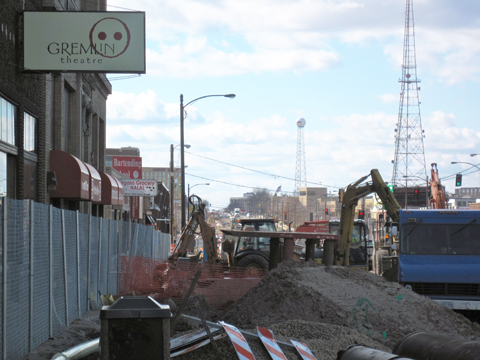