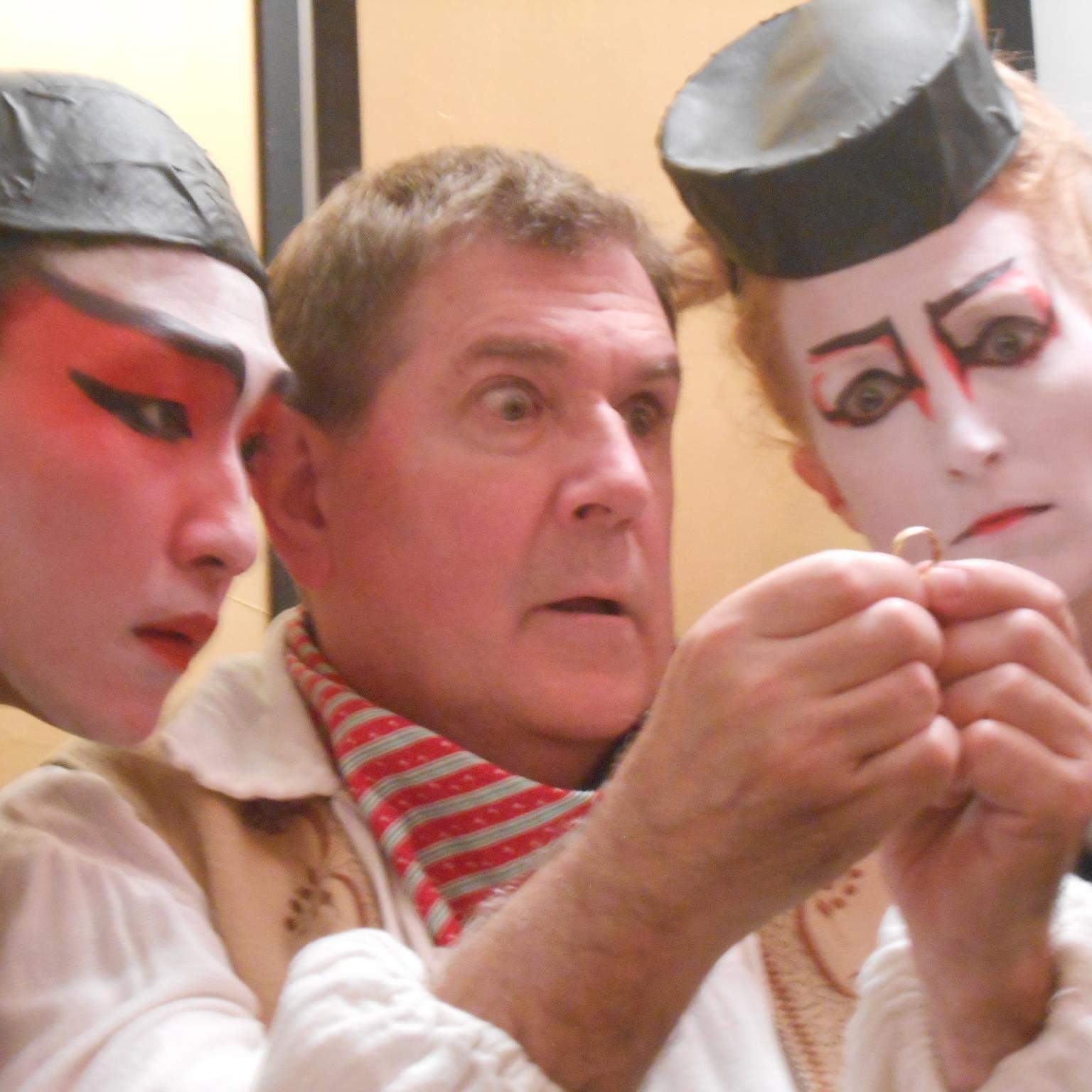 When a kabuki dwarf hit the floor of Bilbo Baggins’s hobbit-hole to do the worm during a Shire dance party, it occurred to me that Green T Productions’ version of The Hobbit was not for Tolkien purists. By the time the flamenco elves were dancing into battle against the goblin hordes, I was beginning to wonder whether this Hobbit was for anyone at all.

Kathy Welch’s company has been showcasing the theatrical traditions of many cultures—particularly East Asian cultures—in Minnesota and Wisconsin for 13 years now. I admired the company’s 2009 Tales of Rashomon and enjoyed a 2010 road trip to the company’s home base in New Richmond, Wisconsin to see their Japanese-flavored adaptation of Pinocchio. I appreciated the daring decision to reimagine Tolkien’s classic tale by drawing on kabuki and other theatrical styles from around the world—but the premiere production currently on stage at Old Arizona falls far short of its grand ambitions. To recycle an outdated phrase, this show is not ready for prime time.

The production at least provides an answer to those wondering why Peter Jackson chose to split his upcoming Hobbit movie into three parts; Green T’s Hobbit runs nearly three hours including intermission, and feels even longer. The show’s pacing is sluggish, its transitions muddy. When the dwarves are captured by wood elves, the debate over whether or not to follow Bilbo’s clever escape plan seems interminable and adds nothing to our understanding of the characters. Would-be impressive scenes such as the appearance of the giants are drained of impact by writer Patricia Gray’s failure to properly establish their significance.

The production is further undermined by miscasting, including that of an uncharismatic Kerry Foerster as Bilbo and of Heidi Berg as Thorin Oakenshield. The decision to cast a woman as the king of the dwarves is potentially interesting; but under Welch’s direction, Berg delivers every line in a cartoonish baritone shout, like a cheap department-store Santa. Importing the Spanish flamenco tradition for the elves might have seemed like a good idea in theory, but as excuted in reality, it’s excruciatingly awkward. (March into battle: angry flamenco! Mourning of the dead: sad flamenco!)

There are issues with this show that need to be resolved at a fundamental level. The broad humor of the kabuki dwarves clashes with, rather than complements, the story’s epic sweep. This Thorin isn’t a convincing hero; this Bilbo isn’t a convincing burglar; and this Gandalf, as played by Ki Seung Rhee, delivers his lines as though he was reading them from a teleprompter. The number of dwarves waxes and wanes, and we’re apparently meant not to notice.

Scene after scene in this production feels underdeveloped. It’s certainly possible to tell an epic story with few props, indeed with no props, but that requires much tighter staging, better casting, and a more fully-developed script than this. Obvious opportunities—for example, simple changes in lighting cues—are missed, and as a result, the sparks of inspiration (a three-actor Gollum, a Chinese-dragon-style Smaug, an acrobatic spider dangling from above) fail to ignite any drama. Typical is Bilbo’s transition to invisibility, which could have been represented with a sheet or a mask or…well, anything beyond Foerster’s stagy shiver every time he slides the ring onto his finger.

At one point during the making of the original Star Wars movie, George Lucas was running over budget and had to convince the 20th Century Fox brass to float the necessary cash for the film’s completion. After watching a patchy, very unimpressive rough cut, the assembled executives were ready to pull the plug until Alan Ladd Jr., the studio’s president, stood up and declared, “Could…be great.”

One might say the same of this Hobbit—but as it is, this show needs to go back to the Shire.