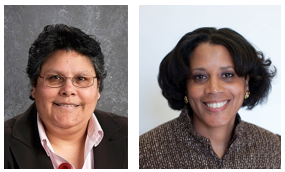 Principal Catalina Salas, of Richard R. Green Central Park School, is taking a leave of absence starting April 25 before being transferred from the school for the next school year, according to a Minneapolis Public School announcement issued late on April 24. This comes after a flurry of controversy over the implementation of the school’s Developmental Dual Language program this year and over Salas’s leadership style. Parents and staff are deeply divided over issues of race, culture and equity.

Salas, who became principal at Green Central at the beginning of the 2011-12 school year, is revered by many Latino parents at the school. She has been denounced by some in the African American community for the DDL program, which they characterize as causing segregation. Latino parents feel that Salas has been unfairly attacked and that they, as well as Salas, have been the targets of racist comments.

A year ago, Salas described some of the difficulties of DDL programs in a TCDP article by Alleen Brown:

Dividing Spanish-speaking from non-Spanish-speaking students has been one of the most challenging side effects for teachers and parents to stomach. Green Central principal Catalina Salas said it’s one of the concerns she’s hearing now from parents. …

Green Central is much smaller than Andersen — only one-third of the kindergarten through fourth grade classes next year will be offered in English. Salas said administrators will have to work hard to avoid creating a school within a school. She said students will mix during subjects beyond just specialist classes, and the school will also offer Spanish instruction for English-speaking students.

The Minnesota Spokesman-Recorder published an article about the DDL program in September, which was republished in the Daily Planet. In the article, Mel Reeves described parents and teachers criticizing the program, saying that it would cause further segregation. In January, MSR published a letter to the editor by Ashley Lauren, also saying it was causing segregation.

Francine Chakolis, president of the Minnesota Alliance for Black School Educators, said she was contacted around Thanksgiving by three teachers who had complaints about Green Central. All three were together when they called her, but she only talked to two of them, she said. Chakolis declined to say their names. She said these teachers told her that Salas was acting “like Hitler,” in punishing teachers who disagreed with her methods. Chakolis has also spoken to parents who feel that African American students at the school were being shortchanged.

Chakolis said that a colleague from Augsburg, where Chakolis was a professor (she is now nearly 70), encouraged her to take action, saying, “What are you going to do about the kids?” MABSE’s mission, she said, is to “make sure children are being treated equally.” MABSE was founded by Richard Green, after whom the school was named, and the issues facing the school “are exactly the kind of stuff he fought against,” she said.

Chakolis called Theresa Battle, who, Chakolis said, “was pretty upset about the alleged things going on.” Members of MABSE visited the school on December 14 for a meeting, but Salas was not there. Apparently there had been a mix up about the scheduling of the meeting.  Chakolis called Battle, who arrived a half hour later, and they met with her to discuss how MABSE might engage with the school.

Around the first of the year, Chakolis received a call from the Office of Engagement, saying that MABSE’s services would no longer be needed. “The Superintendent was pissed at me,” she said. Previously, she said, she and Bernadeia Johnson had had a good relationship.

According to Ruben Vazquez, the Family and Community Engagement Director from MPS, the district had worked with MABSE, but they are no longer in communication. The site council decided “they were not the appropriate organization” for dealing with the issues at the school, he said.

On January 14, on the same evening  that Washburn High School’s auditorium was packed for a community meeting about the hanging black baby doll incident, there was a parent meeting at Green Central, about communication, Chakolis said. It was at that meeting that she related what the teacher had told her about Salas being “like Hitler”.

Chakolis’s comments, and other criticisms of Salas from an African American parent at the January 14 meeting, sparked outrage by some of the Latino parents at the school.

“On January 14, 2013, an association in defense of African Americans called MABSE presented itself at the school: with the objectives to threaten, offend and slander Catalina Salas in an absurd manner,” wrote Dulce Maria de la Rosa, mother of a Green Central student, in a letter provided to TCDP. [Letters were written in Spanish and have been translated for this article.]

Cardenas said that Battle herself told Latino parents that Salas had been improving the school. “She told us that grades and achievement had improved under Principal Salas. She herself said it, which is why we as parents are so confused and frustrated about the situation.”

“Academic standards have gone up,” Cardenas said. “She works closely with parents and children, and is very involved with the community.”

Latino parents were even more fired up upon learning, via an automated phone call from MPS on March 29, that Salas was to be re-assigned from the school. On April 8, a group of 45 Latino parents signed another letter to Battle, disagreeing with the change of assignment of Salas. “We consider this an unnecessary change since to this day we have only received unconditional support from Principal Catalina Salas in the education of our children, and she has gone through great lengths to elevate educational statistics,” the letter stated.

Multiple Latino parents wrote letters (given to TC Daily Planet) in support of Salas. These letters describe what they call the racist comments they feel were spoken by Chakolis as well as an African American parent at the school, whom they do not name. They also allege a lack of communication and due process from the district, and particularly from Area C Associate Superintendent Theresa Battle, in the entire process that ended up with removing Salas.

“They have gone to the extreme of ousting the principal, Mrs. Catalina Salas, without valid reason aside that she is Hispanic,” wrote parent José Sandoval. “Since Catalina joined the school, everything was improving: the organization and particiaption of parents and academic standards. She implemented programs to better students’ learning. We have talked many times with Theresa Battle about the insults from an African American parent. She has ignored us and lied to us. We are discouraged and indignant by the discriminatory treatment we have received from the school district.”

Rachel Hicks, Director of Media Relations and Public Affairs, says that Karen Pederson, former Director of the Multi-Lingual Department (formerly the EL department) will be taking over as interim principal beginning April 24, and she has made a commitment to stay at the school until the new principal’s position has been filled or until December 30 of this year.

Salas will still be employed by the district, but that is “pending on leave,” she said. Whatever the outcome is of her leave, Hicks said, Salas will be re-assigned.

Hicks said that the school will undergo some modifications to the DDL program. “The school has faced challenges with the implementation of the DDL program,” she said. “Clearly we believe it’s a good model for students, but there’s going to be adjustments to the program.

Part of the reason for Salas being re-assigned is because, “When there’s a lot of attention on specific individuals in leadership of school, that can be a distraction to what is most important, and that’s the learning in the classroom,” Hicks said. “We understand that leaders of schools are in positions to make tough decisions and sometimes they are unpopular.  That is a challenge for communities too.”

Currently, Area C Associate Superintendent Theresa Battle is looking for “the right type of leadership at Green Central,” said Hicks, which will include having bilingual language skills, experience working with diverse families, and being “a good fit for the community.”

Neither Salas nor Battle could be reached for an interview.