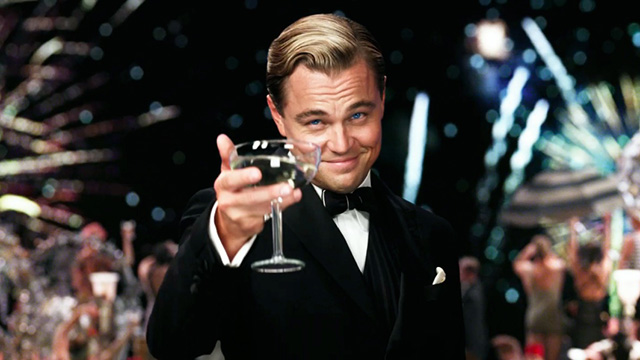 It was my friend Eric Bennett who drew my attention to a reference made by Bob Dylan to his fellow Minnesota escapee, F. Scott Fitzgerald. In Dylan’s song “Summer Days,” from 2001’s Love and Theft, a woman looking into the narrator’s eyes and holding his hand tells him he can’t repeat the past. “You can’t?” he replies. “What do you mean, you can’t? Of course you can.”

It’s a sentiment expressed late in Fitzgerald’s Great Gatsby (1925). The eponymous millionaire is standing in the aftermath of one of his epic parties, speaking of his desire for his lost love Daisy to renounce her current husband and take up with Gatsby as, in their youth, she had longed to do. “I wouldn’t ask too much of her,” warns Gatsby’s friend Nick. “You can’t repeat the past.”

“Can’t repeat the past?” cries Gatsby defiantly. “Why of course you can!”

Dylan and Fitzgerald were both Minnesotans who ran off to the east—and so was I. Eric and I were grad students at Harvard, where I’d matriculated following my undergraduate education at Boston University, following my high school education in Frogtown. In 2003, when I met Eric, I’d been living primarily in Massachusetts for ten years, and I wasn’t sure whether I’d ever return to live in my home state.

Getting away had been at the top of my list of college selection criteria, and by the time I met Eric I was living in a place called Pforzheimer House, where I snacked on salmon with the likes of the Smithsonian museum director who shook his head dismissively and informed me that my home town of St. Paul was “a defeated city.” Since when? “Since when?! Since the Panic of 1893!”

Minnesotans prefer to ignore the resentful relationship F. Scott Fitzgerald had with his home state—he called St. Paul a “hell-hole of life and time”—but Gatsby is a Fitzgerald book Minnesotans can love, since its title character renounces his humble Middle Western origins to adopt a glamorous new identity that ultimately crumbles around him, while his unpretentious neighbor Nick contents himself with a serviceable bungalow and holds steady. Nick becomes fascinated with Gatsby, but never aspires to be him—which is generally understood in Minnesota to be the proper relationship between a Midwesterner and an East Coaster.

Minnesota looks great in Baz Luhrmann’s new Gatsby adaptation—even though the state appears in only one scene, where the young Gatsby rescues a stranded tycoon from a Lake Superior storm while Split Rock Lighthouse towers above in 3D splendor. (The novel suggests that the rescue occurred on the south shore of Superior, but never mind that.)

For that matter, the entire film looks great, and Luhrmann somehow, miraculously, manages to retain the subtlety and contradictions of Fitzgerald’s characters despite the fact that his general approach is the opposite of subtle. Things that are offhandedly mentioned in the novel are brought vividly alive and thrown in the viewer’s face; many of the novel’s classic lines are not only dramatized but literally dripped across the screen in sparkling cascades of Courier. Luhrmann’s Gatsby celebrates the book itself in a way that few literary adaptations do—celebrates it to an almost (many would drop the almost) awkward extent.

To Luhrmann, Gatsby is a tragic hero. Gatsby’s dreams may have been larger than his means, but to Luhrmann, the self-made man deserves to be celebrated for having the heart to dream them—in contrast to Gatsby’s “careless” neighbors, who take their success for granted and are bored by it. Without Gatsby, the Nick of the novel is wistful; by contrast, without Gatsby the Nick of the movie is bereft and wasted, his salvation coming only in his ability to capture his flamboyant friend in (Fitzgerald’s) prose.

The irony is that for Fitzgerald, the worst of the carelessly wealthy fools were found not in New York (though he ultimately met plenty of them there) but in Minnesota. Fitzgerald spent his adolescence on and near Summit Avenue—the West Egg of St. Paul—and he detested the shallow pretense of the local elites he encountered there. When he returned after college and military service, he found things little changed. Finding success with his debut novel This Side of Paradise, Fitzgerald married Zelda and got the hell out of Minnesota—again.

Bob Dylan never really came back to Minnesota, except to drift occasionally through—but Charles Schulz did. The cartoonist, another of the towering 20th century cultural figures to emerge from Minnesota, had a distinctly bittersweet relationship with his St. Paul youth. As has been widely reported he was bullied, yes, and rejected by his hometown paper (the Pioneer Press, which passed on its first crack at Peanuts and to this day has never been given the opportunity to reconsider); but Schulz also had many local triumphs and developed a deep, abiding love of the little universe centering on his dad’s barber shop at Selby and Snelling.

Like Fitzgerald, Schulz moved out of state—to Colorado—when he married, but the move was in part to allow his new wife to escape the opprobrium she faced in Minnesota for being a divorcée. The couple later moved back to Minnesota, wreathed in Schulz’s fame and fortune, but they never really fit in; biographer David Michaelis describes the Schulzes in their lavish Lake Harriet home as “painfully misplaced.” Schulz said that he would nonetheless have been happy staying in Minnesota, but his wife was sick of the snow, and the family decamped to California—where Schulz, even after the couple’s divorce, would remain for the rest of his life.

For my part, I was bestowed a doctoral hood in June 2007, and that very week I climbed into my dad’s Camry to be driven from Harvard back to St. Paul. I’m still here in Minnesota, and planning to stay. I’m more of a Schulz than a Fitzgerald, and if I want to assume Gatsby-esque airs, there’s the Internet for that. My high school class holds occasional reunions at O’Gara’s Bar & Grill—where Schulz used to sit and watch his dad cut hair before the bar expanded to occupy that space—and when we play volleyball, if I miss a point the class bully still crows, “Ha ha! Some things never change, do they, Gabler?”

Can you repeat the past? Of course you can—but whether you really want to may depend on whether your route from past to present runs down Summit Avenue, Selby Avenue, or Highway 61.