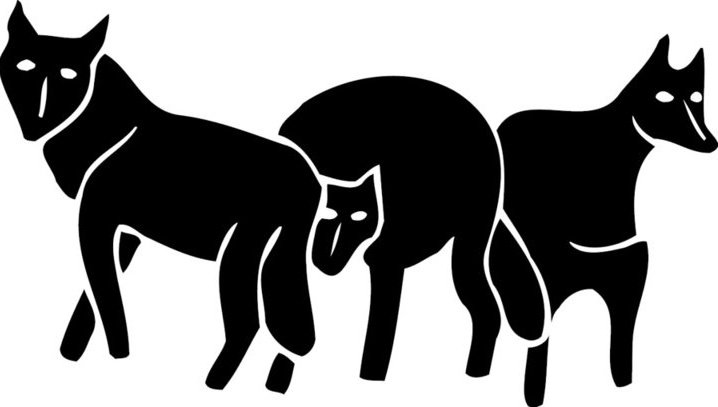 As a 20-something with an English degree, I find myself constantly awash in a sea of interns. I’m there too, part of the wave, all of us crashing down upon a vast, barren shore of employment possibilities.

Being a publishing intern is always wonderful at first, until you reach the limits of your work—you are working near publishers, but not necessarily in publishing; you are reading books, but not helping to create them. It can, at times, hearken back to the youthful frustrations of not understanding what adults were doing, or why certain motions, conversations, and expressions were so important. As an intern, the answers to many of these mysteries are never revealed. However, as a columnist/blogger I am free to enter visit various local publishing establishments with a purpose other than to shuffle papers around and appear constantly, impressively hard at work. I now have occasion to peek behind the curtain, and gain a new perspective on what makes publishers tick. It is glorious. I hope to use this opportunity to share my new perspective on Minneapolis publishers beginning this week, with Graywolf Press.

Though I never interned at Graywolf myself, I know people who have. And while I understand that not all internships are the same, I feel fairly confident that the intern experience is universal in it a way. My perspective here is not as a journalist, but as someone proud to live in a city with three book-making demigods who have been kind enough, in one way or another, to open their doors to me and those of my ilk, who still dare to dream of working in an industry that has been described by many as dying.

Originally established in Port Townsend, Washington in 1974 as a publisher of poetry chapbooks, then migrating to St. Paul in 1985 and eventually settling here in Minneapolis in 2009, Graywolf now finds itself on the sixth floor of a large historic warehouse taken over by various other arts groups and non-profits including Traffic Zone Center for Visual Arts and Indulgence Press. Currently publishing 27 books a year—three each of poetry, fiction, and non-fiction books over the course of three seasons—the independent press has made a name for itself with its unique titles and focus on fiscal responsibility.

Heading into the office for a brief informational interview, I was supremely nervous: sweating like crazy. Looking back, I can chalk this up to the intimidation Dawn Fredericks mentioned during our interview a few weeks ago. Similar to the line drawn between those who publish and those who want to be published, it can also feel like there is a boundary between those who are actually involved in the industry, and those who want to be. I was about to cross that boundary and venture into territories unknown. Of course now I feel like a total fool for being nervous, which is what Dawn is trying to get at with these PubMN tweet-ups. After all, we’re just people, working towards a common goal for a common purpose.

From what I gathered during my conversations with some of the staff at Graywolf, including director and publisher Fiona McCrae and development and managing director Kit Briem, the press generally has a laid-back sense of unpretentious confidence that can be gained only from being good at what you do. Kit mentioned that lately they have a desire for the public to really understand that Graywolf is working hard to deliver these collections of poetry, novels, and memoirs unto the world. It’s not that the publisher wants to step closer to the authors on the stage: “The authors are on the stage, but we just want people to understand that the stage itself is rather well-built,” Fiona says.

As an intern I spent hours and hours reading manuscripts from the slush pile—a mound of unsolicited manuscripts; papers (at least, it used to be paper; many publishers are greening up by switching to electronic submissions) bound by rubber bands and butterfly clips containing the hopes and dreams of hapless writers around the world. No matter how often, or for how long I read, the pile never seemed to recede. Eventually the point of reading all of those queries, cover letters, and half-finished novels started to fade—it felt like nothing we ever read got published. Many of us interns lost faith in our own writing, or became convinced that the system is stacked against first-timers; only established writers get published. However, this just isn’t the case.

Fiona and Kit explained to me that while some of the works coming out of Graywolf are agented, many of them are not. Some come from the slush pile, others come from recommendations, and even more are discovered by the staff at Graywolf, who attend readings, peruse lit mags, and scour the literary scene for writers with talent—big name or not. And they’re not looking for a clean, sparkling manuscript, all wrapped up in a bow, either. “There’s a way in which something that’s sort of very safe and unambitious but perfectly done is less interesting to us than something that’s a bit more ambitious and wild and wily and sort of failing because it’s aiming high. And sometimes if there’s something that seems like a work in progress we’ll talk to the author,” Fiona says, answering my question about how hands-on their editing style is. So, for all of you unpublished writers out there, don’t give up hope, Graywolf is actively looking for you, they are “not just waiting to be sent stuff,” says Fiona. Still, while they’re loose about where they look, they’re still extremely discerning about who they publish.

“We do take chances on authors,” says Erin Kottke. “We make sound editorial decisions [she laughs here and says she means the editors, not her] about who we’re going to publish and what we’re going to publish. We have developed a type of brand where…I’m not sure that you do know what kind of book you’re getting but if you pick one of [our] books at random, they’ll be drastically different, but you know it’s going to be good.”

“We only publish 30 books a year, so we can’t publish absolutely everything that comes to us, or even everything we want to publish, so it’s another way that we have to be very selective. When we’re choosing to publish something, we’re deciding that it gets one out of 30 slots on the year’s list,” adds Marisa Atkinson, the marketing and publicity associate

One really interesting place where Graywolf finds their authors is from the Bread Loaf Writer’s Conference, which takes place annually in Vermont. Each year the Conference offer Bakeless Literary Publication Prizes in the areas of fiction, poetry and nonfiction. The winners of these prizes each get to have their full-length manuscript published by Graywolf Press.

The goal for Fiona is not to publish the next big novel franchise, but rather to cultivate a list of beautiful poetry, “quiet fiction” and interesting biographies. Having once worked at a large press in London, she found herself stunned by the “whole wealth of literature that wasn’t being published.” When she learned of Graywolf, she was happy to join its ranks, believing it had the right mix of national reach and sensibilities of a small publishing house. As of this year, Fiona has been with Graywolf for 17 years. “I’m addicted,” she says. “I’m addicted to the challenge of making these ‘commercially challenged’ books.”

Overall, my visit to Graywolf renewed in me a pride for the industry I have chosen to be a part of. The world of the independent publisher, from any angle, does not seem riddled with fame or fortune, but rather the allows for the opportunity to take chances, to do things that, as Fiona puts it, are “seemingly difficult” but incredibly fulfilling.