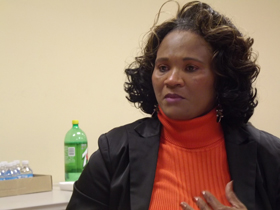 There is an obvious connection between her and her granddaughters, Princess Knox, 3, and the youngest, 2; the youngest, Dorothy Knox, was named after Dunning. There is no doubt that these are her grandchildren. DNA test verify the biological link, and she is 100 percent their paternal grandmother. This is undisputed.

What is at dispute is whether Dunning can have her wish to have sole custody of her grandchildren granted. Thus far, two Minnesota courts have ruled against her. She is hoping the Minnesota Supreme Court will not do the same when it hears her case on Jan. 8.

Dunning is not fighting her son – the girls’ father, Princeton Knox, or the children’s mother, Javille Sutton for custody. Both agreed to terminate their parental rights as they struggled with chemical dependency. According the Dunning and her other son, Aubrey Knox, the parents intended to have Dunning care for the two young girls.

“My brother didn’t understand what he was doing,” said Aubrey Knox. “He would have never terminated his rights if he thought my mother wasn’t going to get the girls.”

Who and what Dunning is fighting is the family to whom the two girls have been placed and the ruling of Judge Kathryn Quaintance, who said it was in the best interest of the children that they be placed with nonrelated foster parents. According to Dunning, it is as one social worker in her home state of Mississippi told her, “It’s a case of the haves and the have nots. You (Dunning) are the have nots.”

Even though immediately after Princess and Dorothy Knox’s mother and father relinquished their parental rights, Dunning began applying for custody, the children were placed with total strangers – now the children’s foster parents. Those foster parents, Steven and Liv Grosser, are now trying to permanently adopt the Knox girls.

Dunning and her grandchildren are African-American, the Grossers are Caucasian.

And though rules of foster care prohibit foster parents from calling a child a name other than his or her legal name, according to Dunning, the Grossers have “changed” at least one of the children’s names.

“I was with my youngest grandbaby (Dunning has court-ordered visitation) and I called her Dorothy and the social worker told me, ‘Oh, she doesn’t know who that is, they (the Grossers) call her Hannah,’” said Dunning, who said between three and four different Minnesota social workers have been assigned to her grandchildren.

Dunning said her attorneys also advised against such a deal as there were no methods to enforce such an agreement once adoption had been granted.

It would seem common sense that if a blood relative is willing and able to care for children in the foster system that the kids would be awarded to that relative. Even Hennepin County, in its official policy on foster care states, “Relatives are first sought to care for the children.” But Judge Quaintance didn’t see it that way. She ruled the Knox girls should be placed with the Grossers as in her opinion; it was in the “best interest of the children.”

“If you really want to do what’s in their best interest, why not give them to their family,” said Dunning, who said in Quaintance’s initial court ruling against her, the Hennepin County justice told her because Dunning’s son, Princeton Knox, is illiterate, she must not be fit to raise her two grandchildren.

Aubrey Knox said his mother is not to blame for his brother’s educational shortcomings noting that his brother moved from his mother’s home in Mississippi to Minnesota to play high school football and spent several years in the Minneapolis Public School system and was tutored daily. He also said he and another sibling have no issues with literacy.

“I can take care of my family, why not let me have them” said Dunning, as tears streamed down her face. “I want my grandchildren because I love them.”

Though literacy is not a legal determinant for one’s fitness for guardianship, Dunning and her supporters note she is literate and has the ability to teach her grandchildren.

In order to fully understand Dunning’s fight, it’s important to go back to the beginning.

One day a couple of years ago Dunning, who still lives in Mississippi, received a call from a concerned individual in Minnesota alerting her that her son, Princeton Knox and his girlfriend at the time, Sutton, were heavily addicted to drugs and in need of help. Dunning paid to have the two transported to Mississippi to be close to her. At the time, the couple only had one child, Princess Knox. When the couple arrived in Mississippi, Dunning said she was told by Sutton that the child was being cared for by Sutton’s sister. It was later discovered that that was not the case and Princess Knox was in the Hennepin County foster care system.

During the couple’s time in Mississippi, it was discovered that Sutton was pregnant with a second child, Dorothy Knox. According to Dunning, though eventually her son was able to get and stay clean – he has since married another woman – Sutton has remained hooked on drugs. While pregnant she moved back to Minneapolis where the couple’s second child, Dorothy Knox was born and also placed in foster care.

Ever since Dorothy Knox’s birth, Dunning has been fighting for both children. Even though precedence says the children should be placed in her custody over that of any nonrelated foster parents, Dunning was mandated to complete foster care certification. He home was approved for care and it was stated by Hennepin County that the two girls should be placed with their grandmother for permanent adoption, but Judge Quaintance ruled differently.

Attempts to interview the Grosser’s attorney were unsuccessful. An interview was scheduled with the attorney, but was later postponed as the attorney said he was called into court.

Dunning said while the state of Minnesota is paying the Grossers thousands of dollars – according to Dunning, the Grossers have built an addition on to their home with state funds – she is not seeking any such assistance.

“But your state (Minnesota) is paying for two nannies (to assist the Grossers) while they’re (Dunning’s grandchildren) in foster care,” said Dunning.