I’m generally not in favor of giving performers credit just for showing up—especially when they’re charging $48.50-$58.50 a ticket—but I’m inclined to cut Gordon Lightfoot some slack.

In 2002, the now 72-year-old Canadian folk legend suffered an abdominal aortic aneurysm: not the kind of alliteration you want to encounter as a songwriter. The aneurysm put Lightfoot in a coma for six weeks, compelling a tracheotomy and damaging stomach muscles used for singing. Then, in 2006, he suffered an onstage stroke that left him temporarily without the use of the middle and ring fingers on his right hand. So if Lightfoot isn’t stage-diving, that’s really okay.

Losing a wide swath of vocal range isn’t a situation any performer wants to be in, but it happens; the question then is how you adapt to it. Many performers in Lightfoot’s position would tinker with the arrangements and keys of their songs to accommodate their vocal limitations, but not this guy: he plays ’em the way he’s always played ’em, which is in kind of heroic but also means that he’s hitting his limits again and again and again, every song. Songs that require him to sing in high registers, like “Hangdog Hotel Room,” essentially disappear, meaning that parts of Lightfoot’s performance are more conceptual than actual. 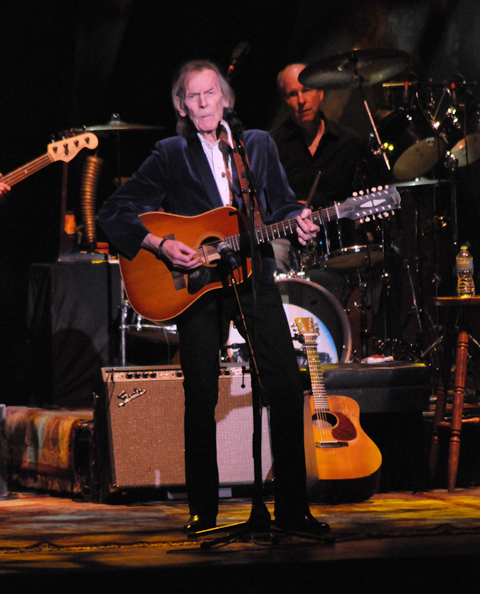 That said, he’s still up there, and he still has his steady hand on the guitar, his signature phrasing, and decades’ worth of classic songs. Lightfoot has always been at the genteel, commercial end of folk music, but at that end of the pool he’s peerless. Pulling off a multi-part historical folk epic like “Canadian Railroad Trilogy” in a manner that’s effective and moving rather than boring, didactic, and obnoxious is a very rare gift. There was never any danger of Lightfoot making an album like Highway 61 Revisited, but his songs have demonstrated an impressively ironclad agelessness: songs like “Early Morning Rain” and “Sundown” will continue catching people’s ears and hearts as long as there’s music.

Saturday night’s performance at the State Theatre in Minneapolis was the second Lightfoot show I’ve seen; I didn’t have a chance to see him before his illness, but though my dad assures me Lightfoot used to be “livelier,” it’s hard to believe he was ever less than planned and poised onstage. He varies his set list quite a bit from show to show and tour to tour—on Saturday, he didn’t play “Early Morning Rain,” his breakout hit as a songwriter when it was covered by Peter, Paul and Mary—but once a song starts, you know how it’s going to go: it’s going to go just like it did on the record. The arrangements (and some of the band members) haven’t changed since the songs were recorded, so in concert you’re basically getting a resequenced performance of Gord’s Gold with some rarities added and the voice, as one audience member said to her neighbor, “not quite what it used to be.” 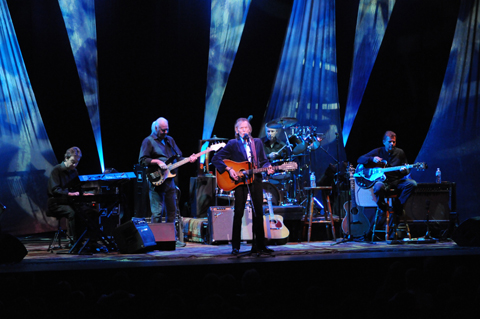 The Saturday night audience largely consisted of Baby Boomers who have lived with these songs as long as Lightfoot has, and they were clearly enraptured. (“I want to have your baby!” shouted one woman optimistically.) I grew up with Lightfoot’s music and consider myself a fan, but I was pretty bored for most of the set. It was only the darker, more reflective numbers that really took hold: “The Wreck of the Edmund Fitzgerald” can still produce chills, and “If You Could Read My Mind,” written in 1969 about the demise of Lightfoot’s first marriage, resonated eerily over the decades.

If you could read my mind, love/ What a tale my thoughts could tell/ Just like an old time movie/ ‘Bout a ghost from a wishing well/ In a castle dark or a fortress strong/ With chains upon my feet/ You know that ghost is me/ And I will never be set free/ As long as I’m a ghost that you can’t see. 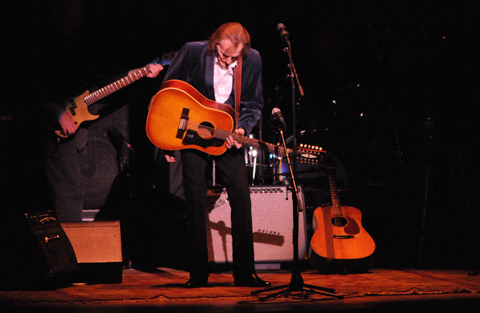