Instead of heading back home, several out-of-state Minnesota Golden Gophers football players spent their summer working with local high school players. Up to eight U of M players, including junior MarQueis Gray (Indianapolis, Ind.; pictured, above) and Christyn Lewis (Fontana, Calif.; pictured, below), were involved in the summer-long leadership academy at DeLaSalle High School. 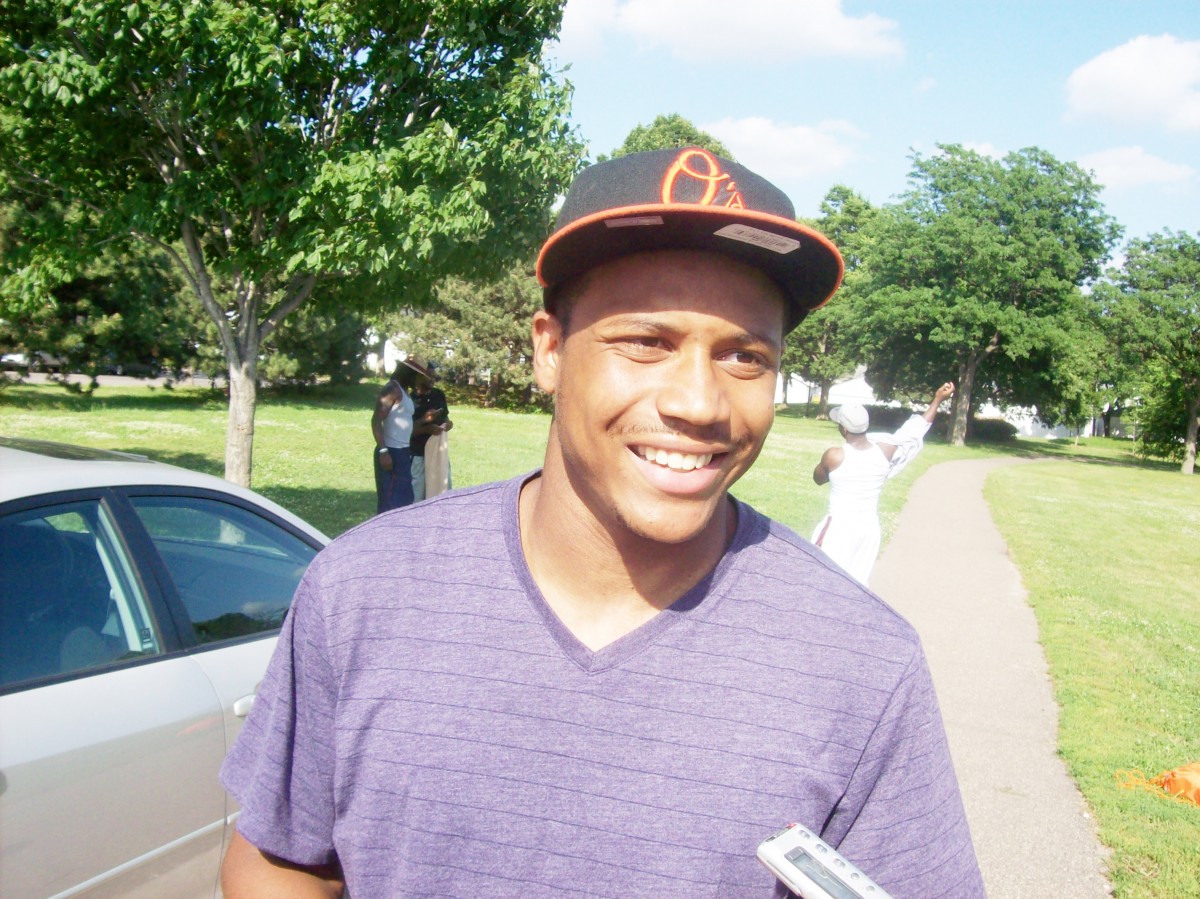 “We worked with students during the week from seventh grade all the way up to high school,” says Gray. “We taught them leadership skills and interacted with them as well.”

“When we talked to the kids, we give them a different word every day,” says Lewis, a senior. “The word could be something simple as ‘finish.’ They tell us their definition on what the word means to them, and hearing what it means to them was very interesting.

“I thought I would never learn from young kids, but they look at things from a whole different perspective. A lot of them ask me how I got here, and the trials and tribulations that I went through to get here.

“They basically want to know what they need to do to somehow get to the level I am at,” says Lewis. “Some of them want to go to college.”

“They’ve been there every Monday, Wednesday and Friday working with the kids,” says DeLaSalle Assistant Coach Jon Medlo (pictured, below) of Gray and Lewis. ‘You couldn’t ask for anything more than what they have been providing. The rest of the guys come on Sunday and Monday nights. 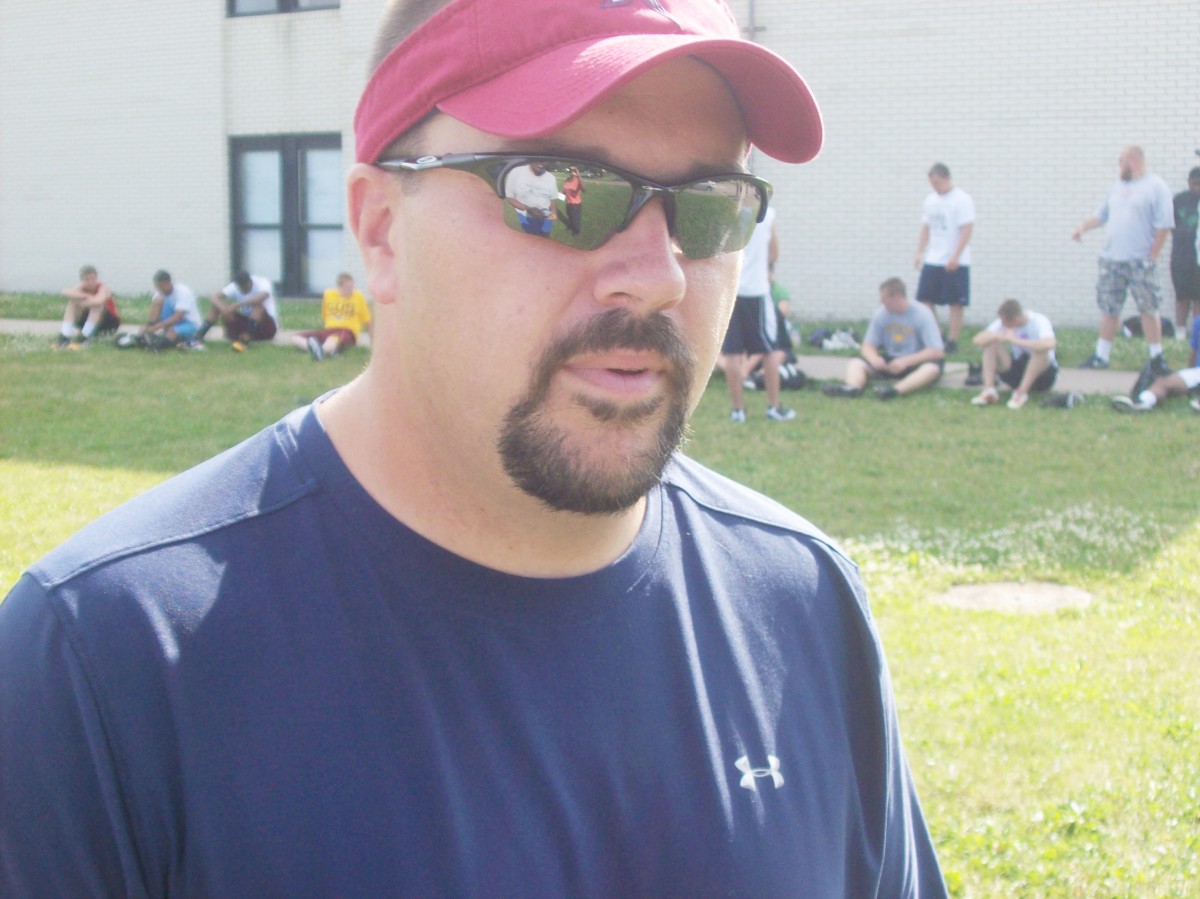 “I think the [high school] kids really appreciate it. They can ask them questions that they either don’t ask us, but they have someone closer to their age and someone at a position where they are dreaming or hoping to get to,” continues the coach. “They are great role models.”

Gray called his third summer spent in the Twin Cities the best he’d had. “Every summer I stay up here and work out instead of going home,” he admits. “I don’t do anything when I go home [to Indianapolis].” One of his two classes this summer included an internship, and a U of M faculty member got him in touch with DeLaSalle Head Football Coach Sean McMenomy (pictured, below). 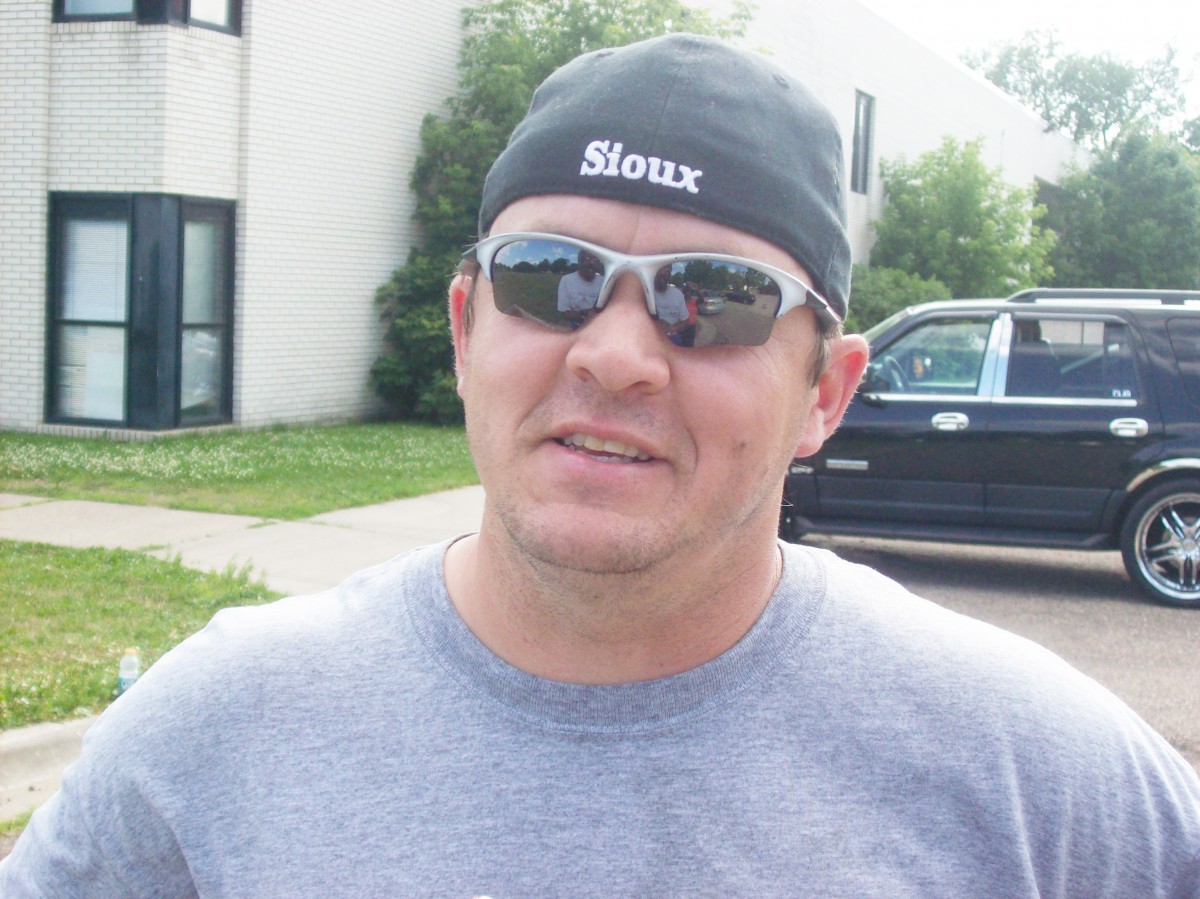 Around 20-30 kids participated in the summer program, a brainchild of McMenomy.  It featured three components: leadership, competition, and health and wellness.

“It’s been a dream come true,” McMenomy admits. “These guys have been great. I’ve seen them grow as much as our guys have.”

Both Gray and Lewis are majoring in youth studies. Both young men hope to work in some capacity with urban youth someday. “I’m from Los Angeles,” Lewis says, “and I actually want to open up a youth center after I graduate.”

Gray says the summer experience will help him someday in his future endeavors after his football days are over. “I’m hoping [pro] football can get me somewhere in the future,” he predicts. “If it doesn’t, then I will be working with the youth. Coach or counselor — whatever way, it doesn’t matter to me. I like to work with kids.”

Finally, McMenomy sees the summer leadership academy as an annual thing and hopes to continue the partnership with the Gophers next summer and beyond. “It is going to be a huge program next year,” he concludes.

In case you missed it…

Gray, Lewis, and their fellow Gophers are now in their two-a-day practices, their first under new Minnesota Coach Jerry Kill. “I’ve taken the leadership role in conditioning drills,” notes Gray, who is vying for the starting quarterback spot. “I feel with all the hard work and the off-season training I’ve been doing so far, I think I give myself the upper hand entering the season.”

His impression of his new coach: “Coach Kill is a hard-nosed disciplinarian,” Gray points out. “He’s not one that guys can get over. If you try to get over, he will punish you and put you in your place.”

There are 10 new Black head football coaches (including Everett Withers, who last month was named interim coach at North Carolina) who are gearing up for their first season running their own programs. Doug Williams has returned for a second stint as Grambling State head coach.

Analyst Darrell Thompson is the only Black on the five-member Gopher football radio broadcast team, as well as the only returning member. Thompson has been on Gopher broadcasts since 1998 and is the longest running person of color on game broadcasts, regardless of sport.