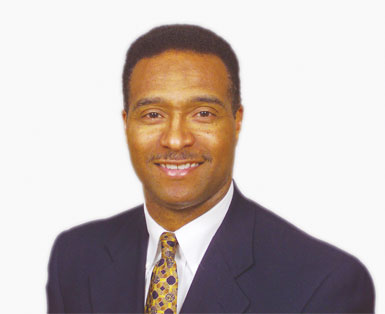 University of Minnesota Athletics Director Joel Maturi this week announced the first significant hire in his long-range plans to improve diversity in his department.

“After a long, extensive process,” notes Maturi, “we made the decision to hire Leo Lewis to become a member of our senior management team.”

This fall, Maturi created a new position — Associate Athletics Director for Student-Athlete Development — and he hoped to fill it with an African American. Lewis, a former Minnesota Vikings player and executive, was among several candidates who applied. He becomes the first person of color on Maturi’s senior staff and will begin his new job December 19.

A 1978 graduate of the University of Missouri, Lewis started at quarterback and wide receiver, then coached at his alma mater as a graduate assistant (1979-80) before playing pro football for 13 seasons: St. Louis Cardinals (1979), Calgary in the Canadian Football League in 1980, and Minnesota (1981-91).

After retiring as a player, Lewis moved into the Vikings front office, first as a scout for four seasons (1992-96) before he assumed the player development director duties from 1992-2005. He worked with individual players in performance and life development issues.

This is exactly the kind of experience Maturi wanted, the AD points out. “Leo impressed both the [search] committee and myself with his background.”

Lewis has a PhD in philosophy and kinesiology from the U of M, along with two Master’s degrees in marriage and family therapy and physical education and an education degree. He also started and runs two businesses: Athletic Services, LLC, through which he trains athletes, and the Lewis Sports Foundation, a local nonprofit community service organization that provides life skills educational programming to young people.

In an MSR executive interview, Lewis discussed his time with the Vikings and his new position at the U of M.

He left the Vikings last spring after 13 years. “They were reorganizing and really felt it was a position they couldn’t devote a lot of resources to,” explains Lewis. “They brought in a person who has my same title but has a law background.”

Getting caught in the Vikings’ reorganization shuffle “didn’t bother me,” says Lewis. “I was ready to make a transition.” Nonetheless, the new U of M associate AD position couldn’t have come at a better time. “I really believe that this is the best thing that happened to me at that particular time in my career way back in May when they [the Vikings] decided to go in another direction.”

Among his responsibilities will be overseeing athletic medicine, strength and conditioning, and equipment departments. More importantly, Lewis will be in charge of creating and fostering a better relationship between the university, its students and staff, and the off-campus community, says Maturi.

“He will be very much responsible for working with our student-athlete advisory council and reaching out into the communities here on campus as well as in the Twin Cities,” the Gopher AD explains. “He has great respect in the community from many important leaders that we need to connect with.”

“That was one aspect that attracted me to the position,” admits Lewis, “the fact that it was in some respects solely designated as a position to help facilitate more conversation …on more diversity on campus, as well as making a connection with the African American community.”

Hiring Lewis is the first of several changes Maturi plans to implement for the athletic department in coming weeks, all in line with his long-term diversity initiatives. “We are currently sensitive to creating diversity within our department,” he says. “We are heading in that direction.”

Lewis says that because his position is new, “It is going to take a couple of months to really lay out some type of strategy on how all these proposals will be implemented. I am excited more about that than anything else.”