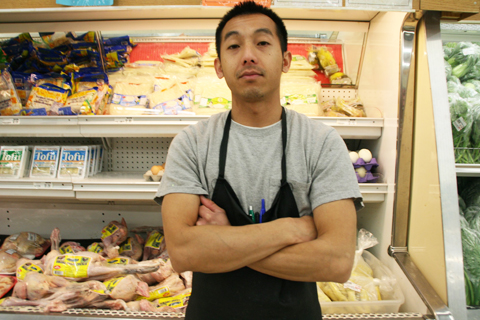 Sunday is the busy day at Good Deal Oriental Food, an Asian store with a little extra. Located in North Minneapolis’s tornado alley (they were slightly damaged in the big one two years ago) the grocery store, carries ingredients from all over Asia. But, unlike most Twin Cities Asian grocery stores, Hmong foods are the star here. Opened in 2000, Good Deal carries a number of items that are sometimes hard to find, and people come from all over to buy the special ingredients.

Sometimes, it was hard to figure out what I was supposed to do with a few of the more interesting items. Usually the Internet is a big help. This time, not as much.

Google the words “bitter tripe” and the first result is triple sec, hardly the same thing. Try typing in “rice sausage” and you get Louisiana dirty rice. Try “mountain chain” and you get, well…lists of mountain ranges. I was confused. 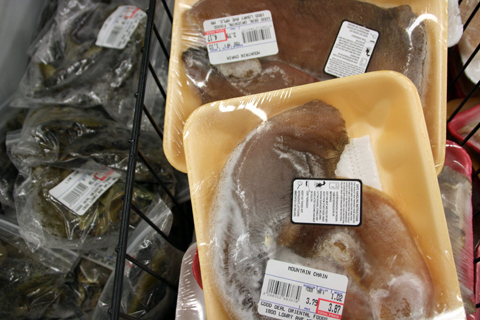 Luckily, grocery manager Jerry Her and deli manager and head cook Paul Yang are happy to help answer questions. Her came from Laos in 1992, first to Sheboygan and then here. Yang grew up in Brooklyn Center, living in the Twin Cities all his life except for a short stint as a cook in a Tampa, Florida restaurant. They’ve both knowledgeable about the products they carry and of the unique Hmong traditions that are connected to those foods. 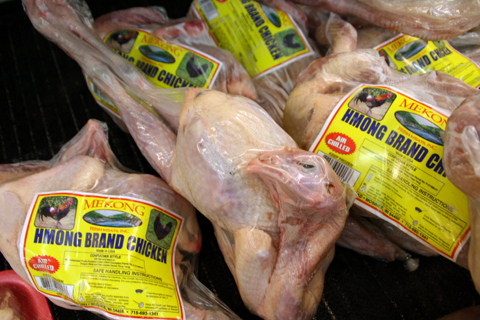 The Hmong chicken, labeled Confucian style (that means the feathers are removed, but everything else remains—head, feet, and all the guts—says Yang), is used traditionally as the base ingredient for the only food a new Hmong mother eats during the month after giving birth. This soup includes special herbs, called tshuaj rau qaib, sold in $5.00 packages. (There is scant information in English about what these herbs are, but they seem to include a lot of various basils.) It’s part of women’s mysteries and a lot of Hmong mothers still follow the tradition, at least in part. 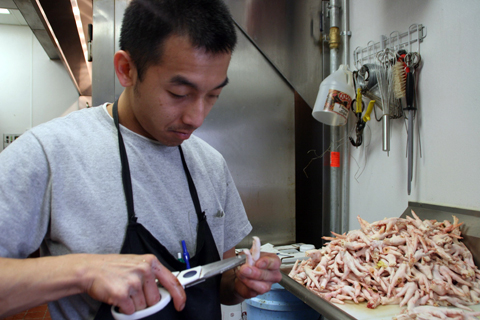 Other chicken products are popular; chicken feet, their claws clipped in the kitchen, chicken wings and whole stewing hens, available fresh or frozen. Then there’s the silkie chicken. I thought this small, black, five-toed bird was soy-sauce-marinated, but it turns out, black is the natural color of the bird’s skin and flesh. Some say it’s got a richer taste than regular chicken. It’s used for stir-fry and for soup, and as part of the tradition of  Chinese medicine, is said to help to warm the body and strengthen the immune system. 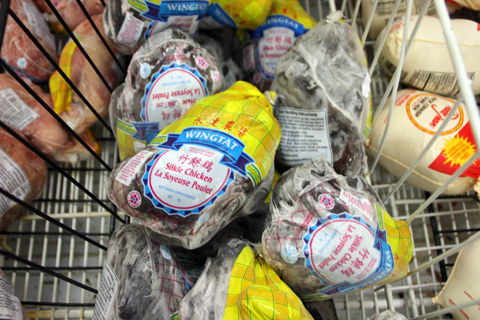 There are a lot of tripe variations available (I’m a big tripe fan) of which the mountain chain mentioned above is one. There’s fresh Hmong tofu (I never figured out if this was any different from other kinds of tofu) and kao piak—fresh tapioca noodles—made in Good Deal’s on-site kitchen.

And, there’s lots of pork. Hmong Smoked Pork is a kind of pork belly bacon, with layers of meat, fat and skin. The Cha Lua is a pork roll, described by Yang as a pork meatloaf. “It’s used in pho and sandwiches. Some people just slice it and put it on rice.” The cooks at Good Deal make their own fresh Hmong-style pork sausages as well. “It’s one of our best sellers,” says Yang. “We get a lot of people from out of state who come for this.” 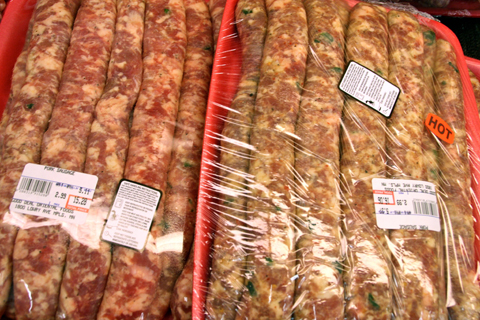 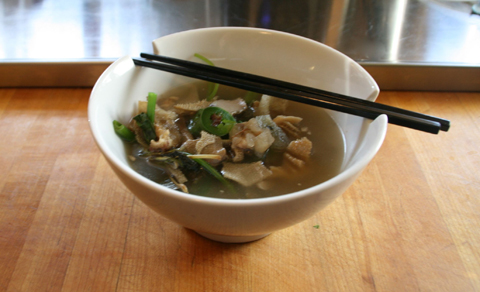 I managed to snag the last container of the deli’s traditional and homemade Hmong style tripe soup. It’s brimming with large pieces of bitter tripe and other unidentified beef viscera in a light broth that’s made with lovely gelatinous beef connective tissue (Don’t go ewww. Connective tissue is what makes pot roast taste good.) The herbs, ginger, spring onions and a touch of green chilies make a delightful soup, especially good to eat when you’re under the weather, said Her. 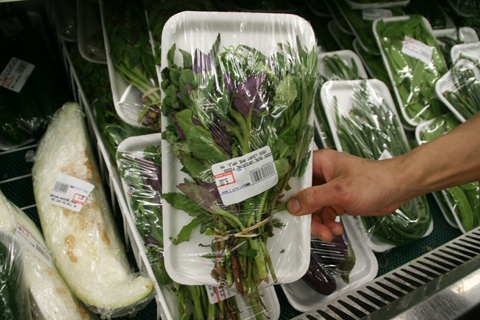 A little research on tripe soup from around the world showed that tripe soups like shkembe chorba from Bulgaria, khashi from the Republic of Georgia, menudo from Mexico, patsas from Greece, and many others are all proven hangover cures. Apparently, tripe is world beat medicine. I will have to remember this for next time.

Good Deal Oriental Market is located at 1800 Lowry Ave. N. in Minneapolis. You can park in the lot. Next door is Banana Blossom, a Hmong and Thai restaurant, owned by the same family and offering a lot of Hmong food choices as well.