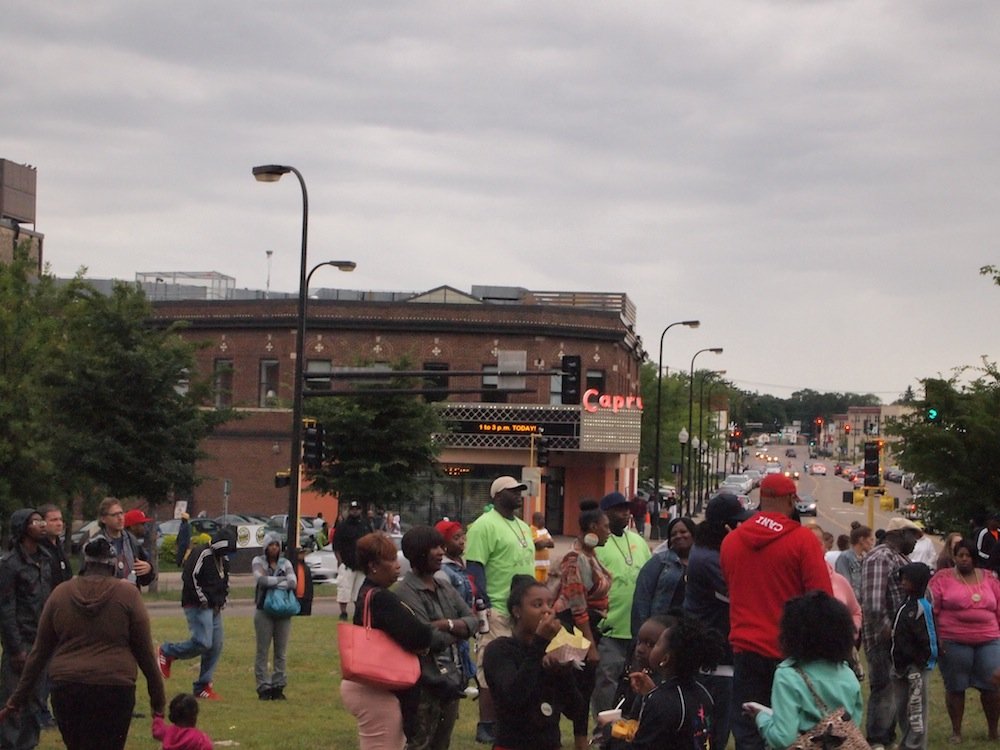 Like all art crawls offering way more than anyone can can see in the allotted time, FLOW is an individual experience. The West-Broadway-centered phenomenon, organized by West Broadway Coalition and listing 17 sponsors, expanded to three days, July 26, 27 and 28. Here’s my trip: 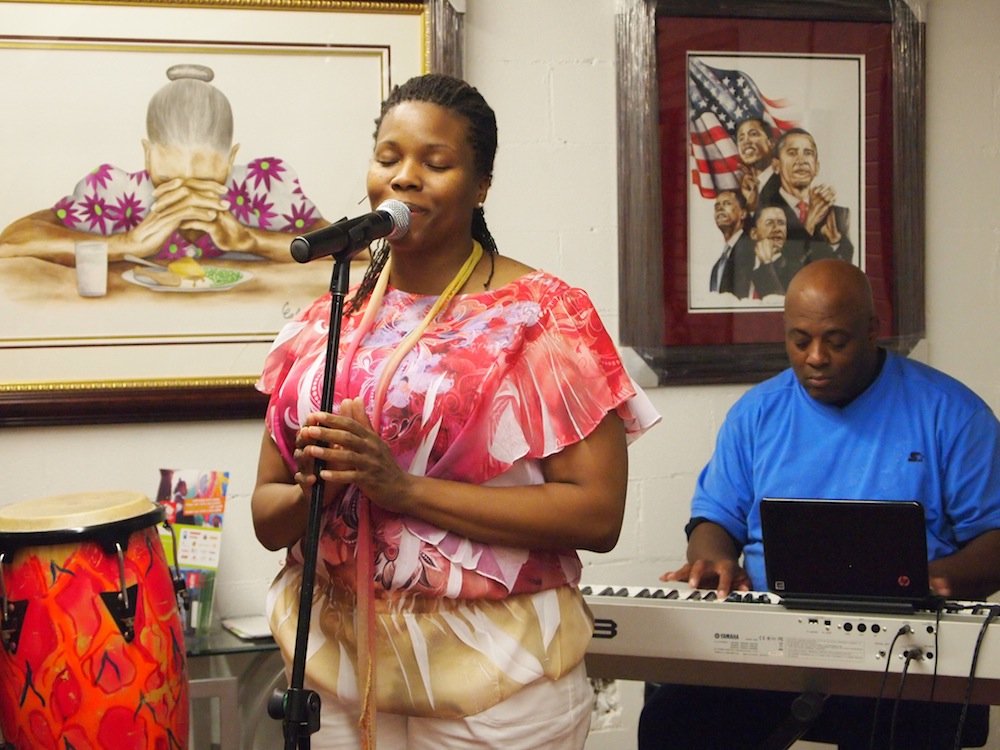 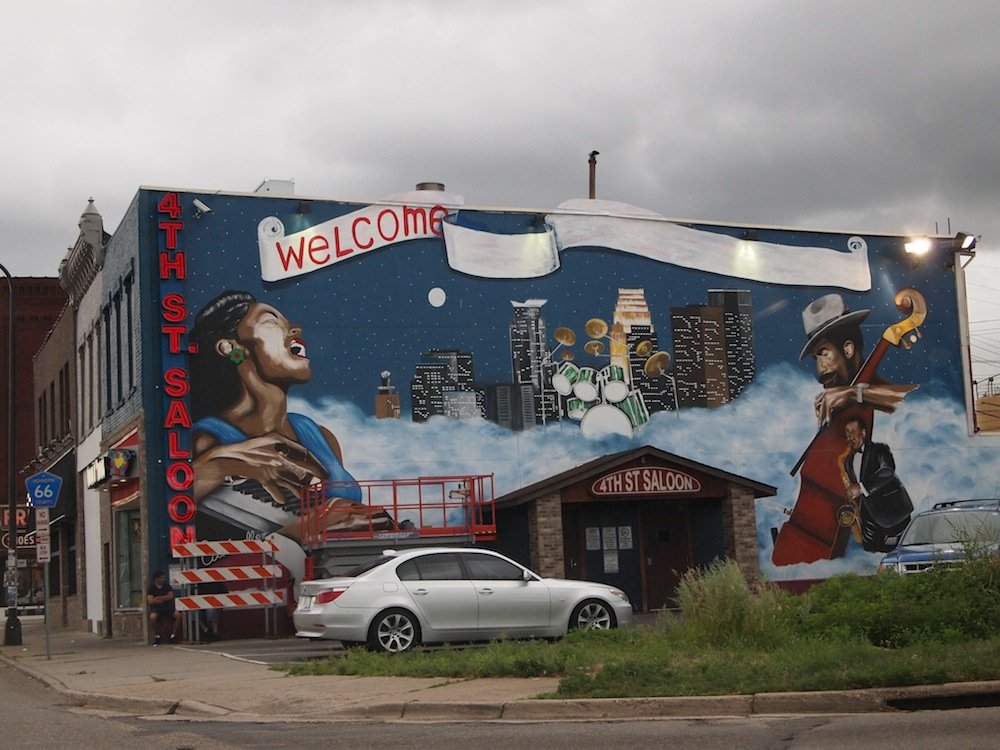 Charles Caldwell painted the mural on the side of 4th Street Saloon. The latest addition, which will eventually read “Welcome to North Minneapolis”is coming along. 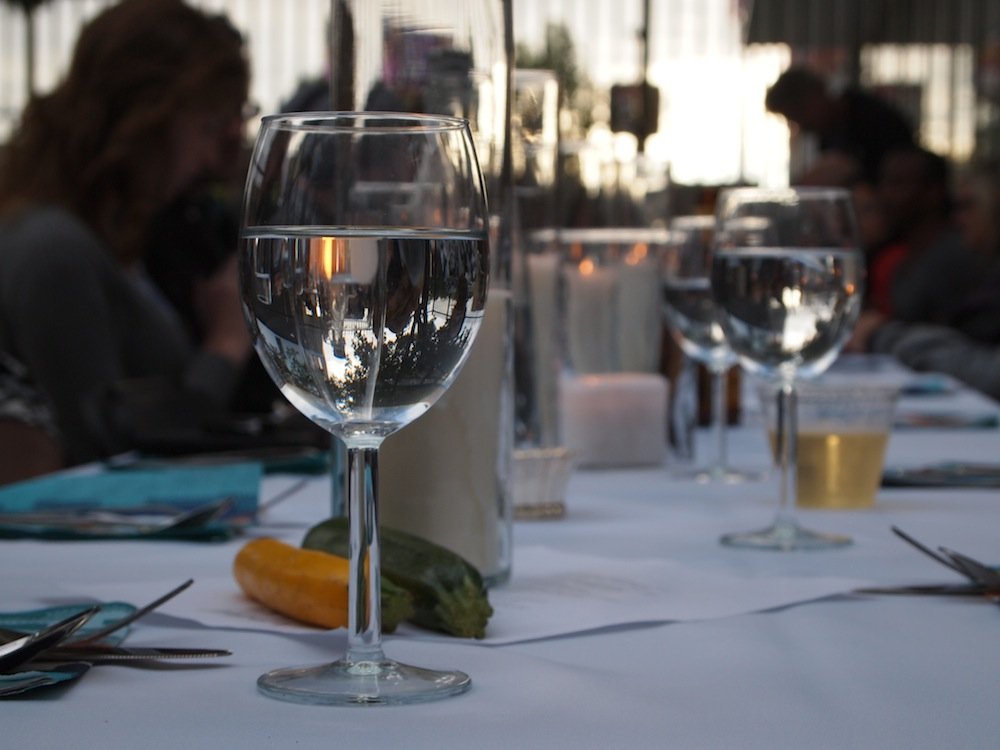 Dinner on the Farm used ingredients from the West Broadway Farmers Market for the exclusive gourmet Underground Dinner in the Kindred Kitchen Courtyard, 1200 West Broadway; there was space for 40 people Friday night; apparently they dressed appropriately for the cold weather. 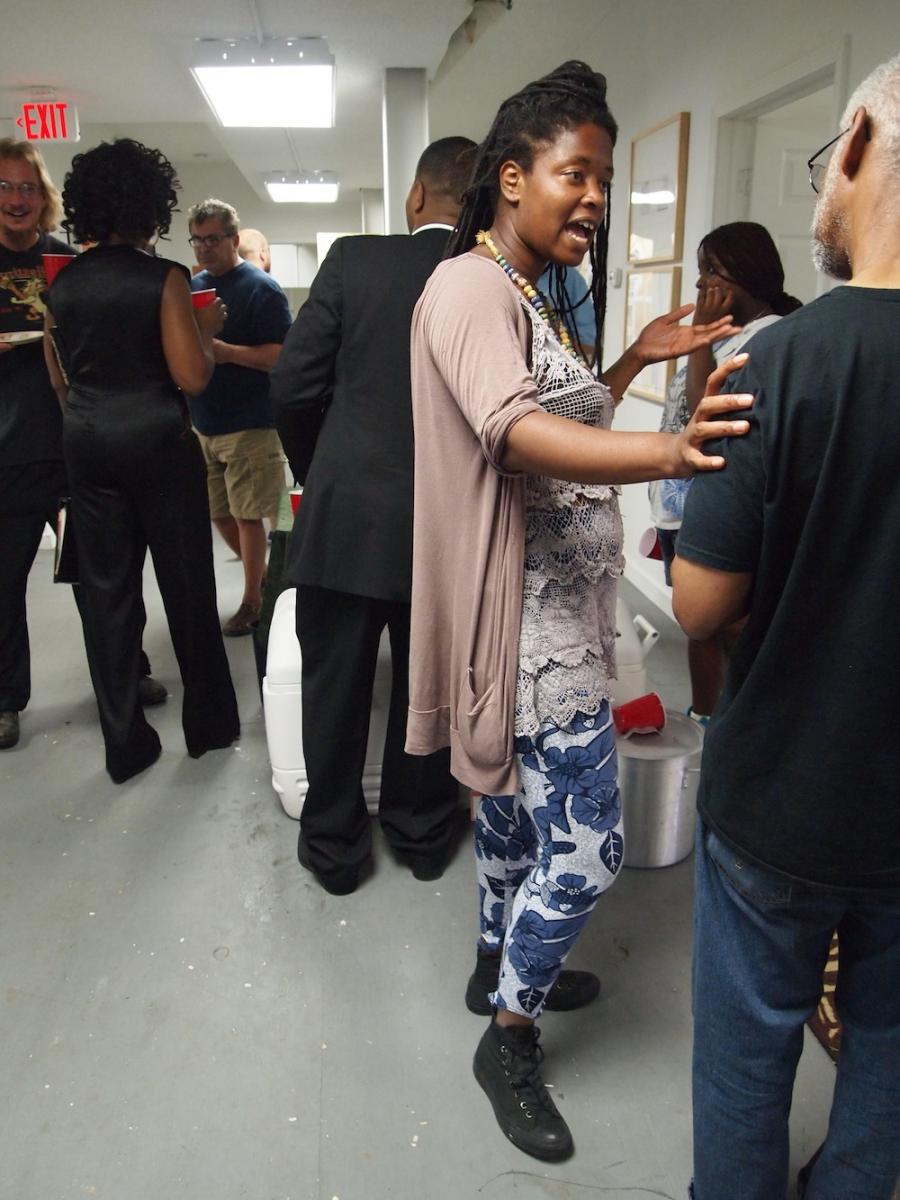 At 1108 Broadway upstairs Friday, the artists and businesses in the Moja Studio and Artist Coop had their studios open for a meet and greet. 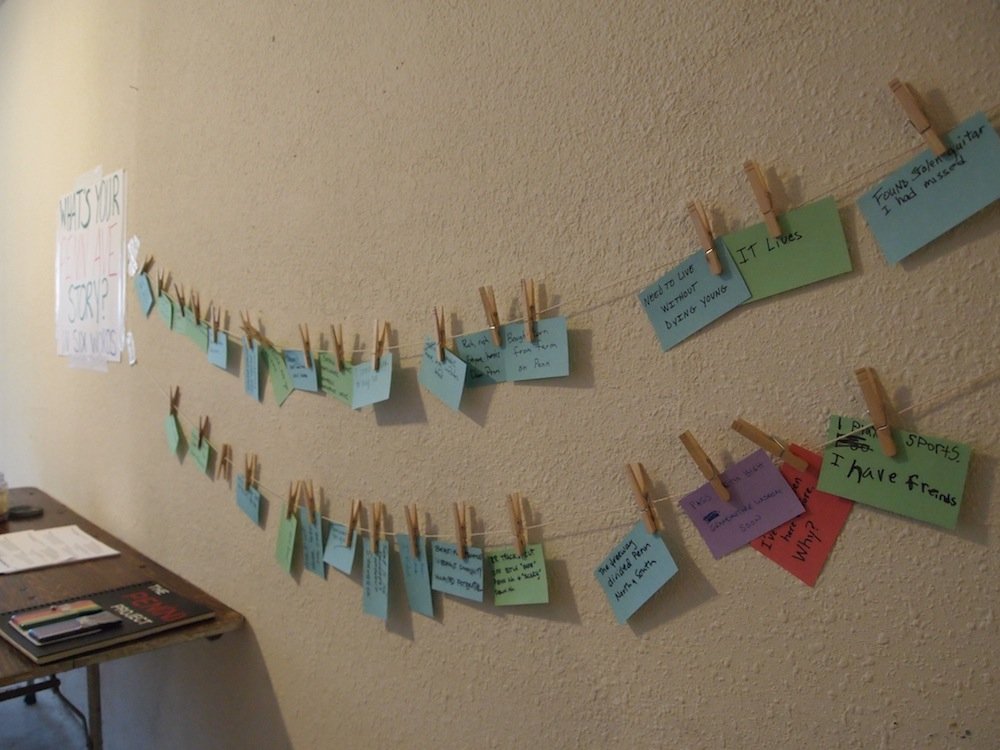 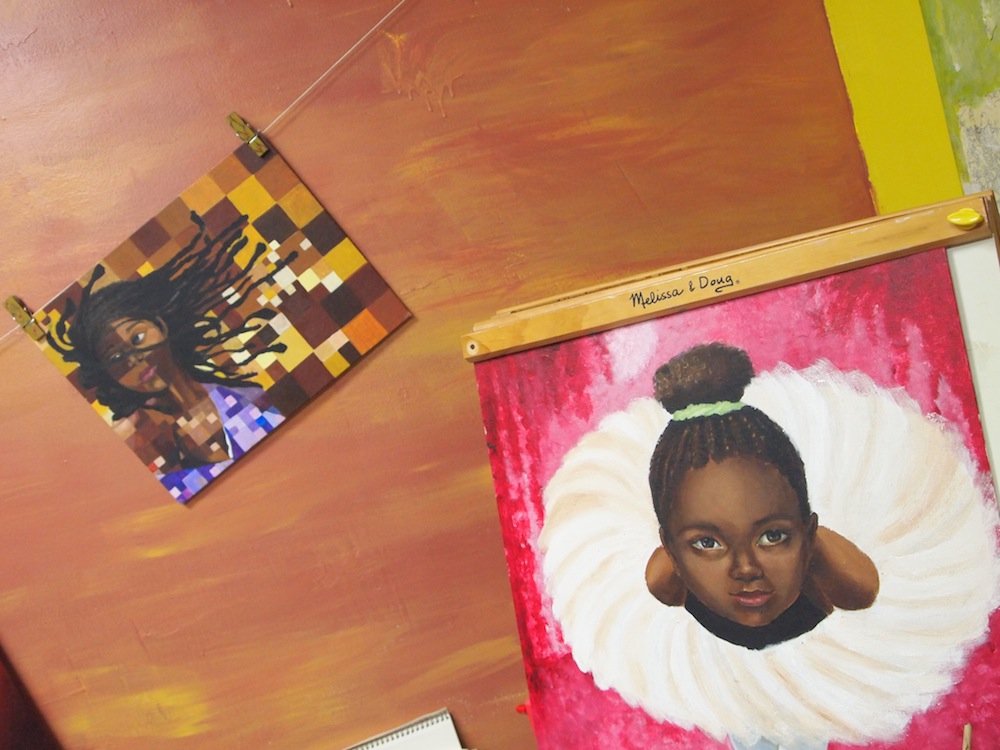 Christopher Harrison talked with a friend about his latest work which involves a lot of sand. 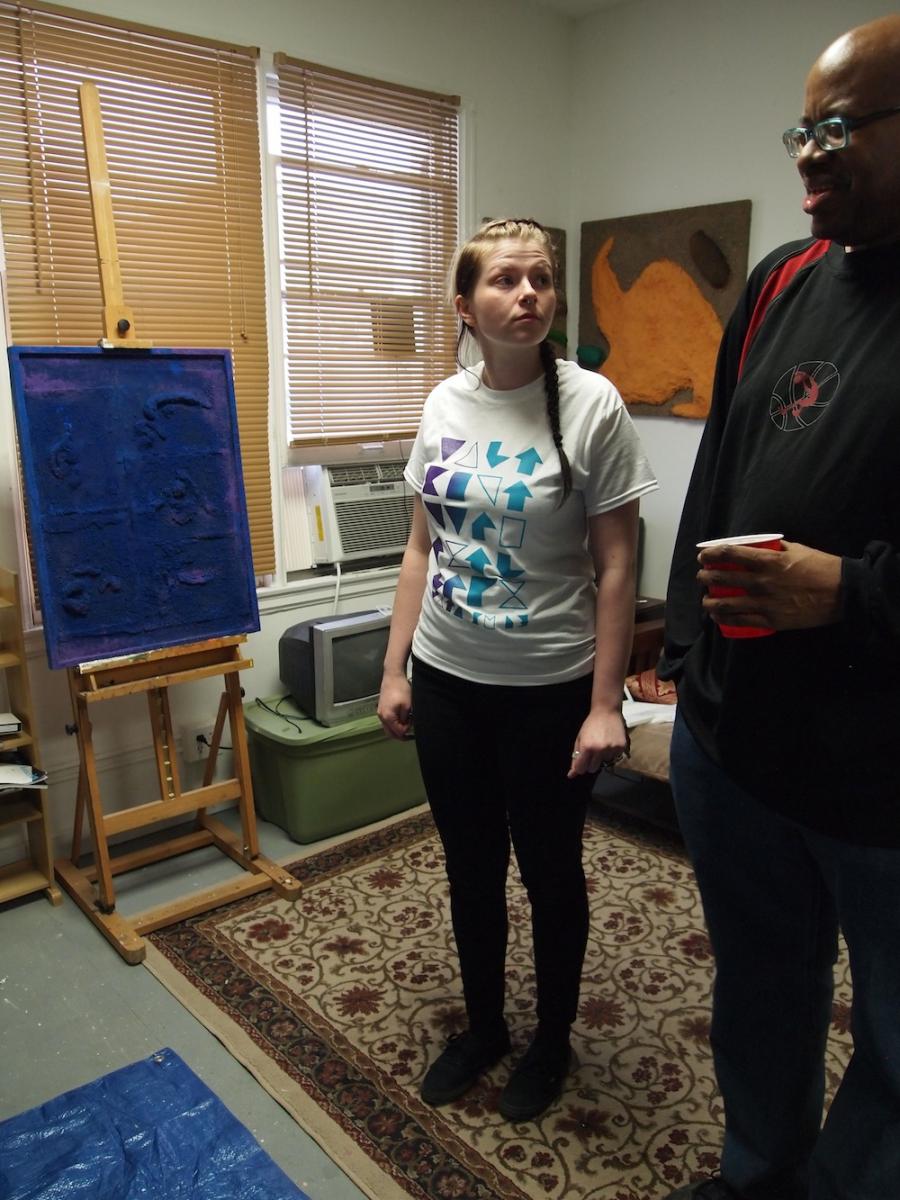 For the first time in eight years, instead of July heat, FLOW met the challenge of rain and chill, with some events on Saturday starting a half hour late. 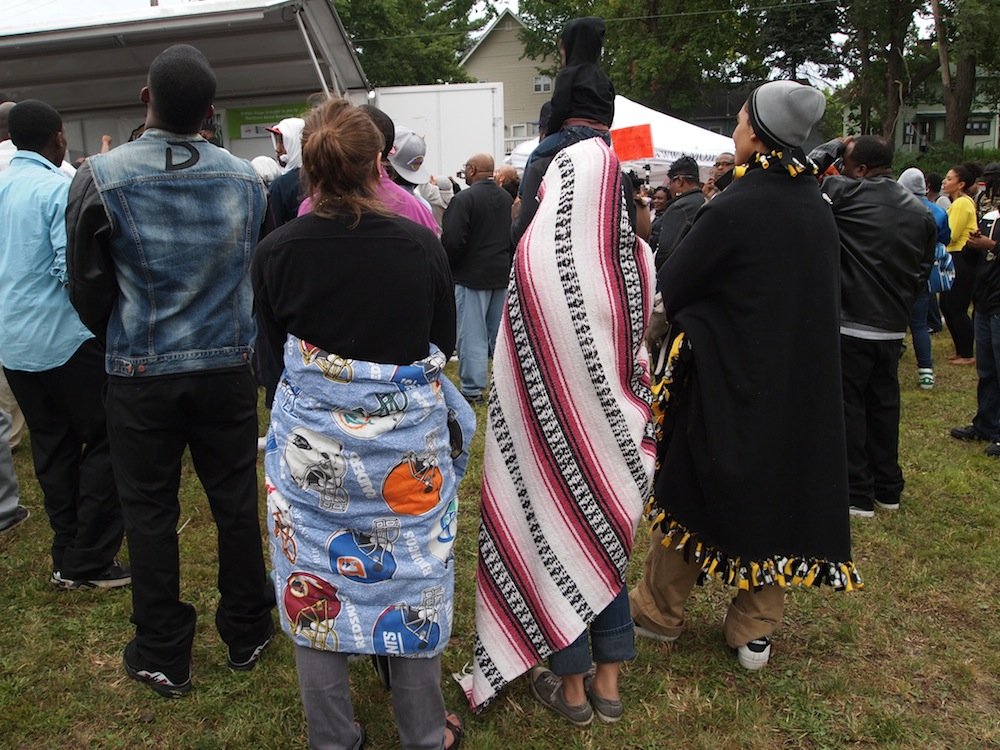 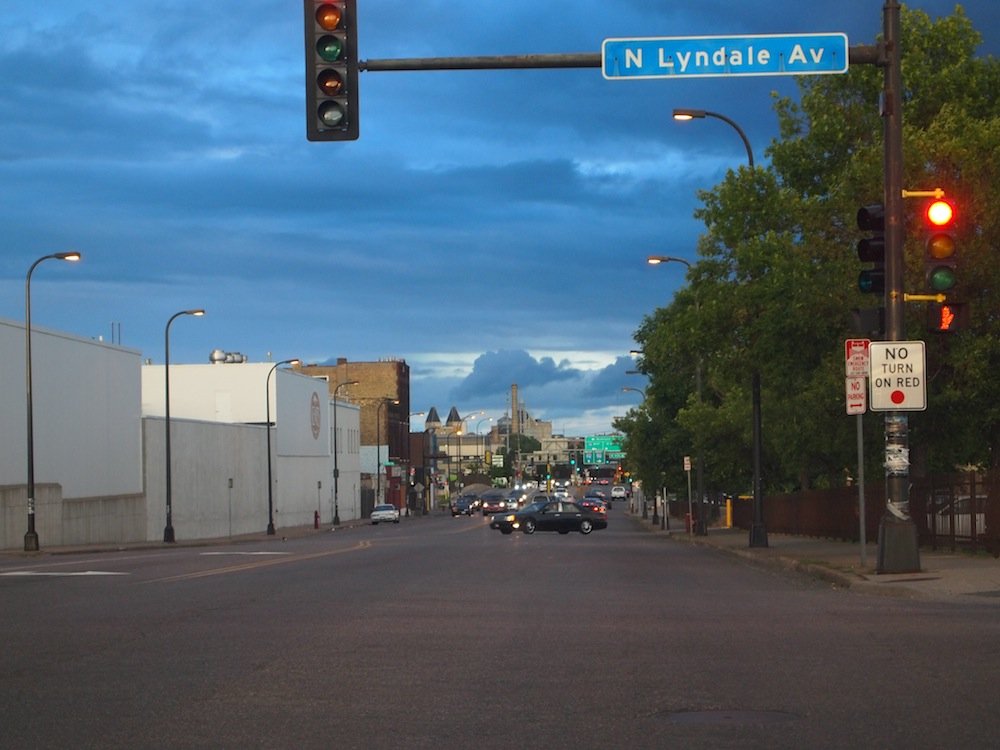 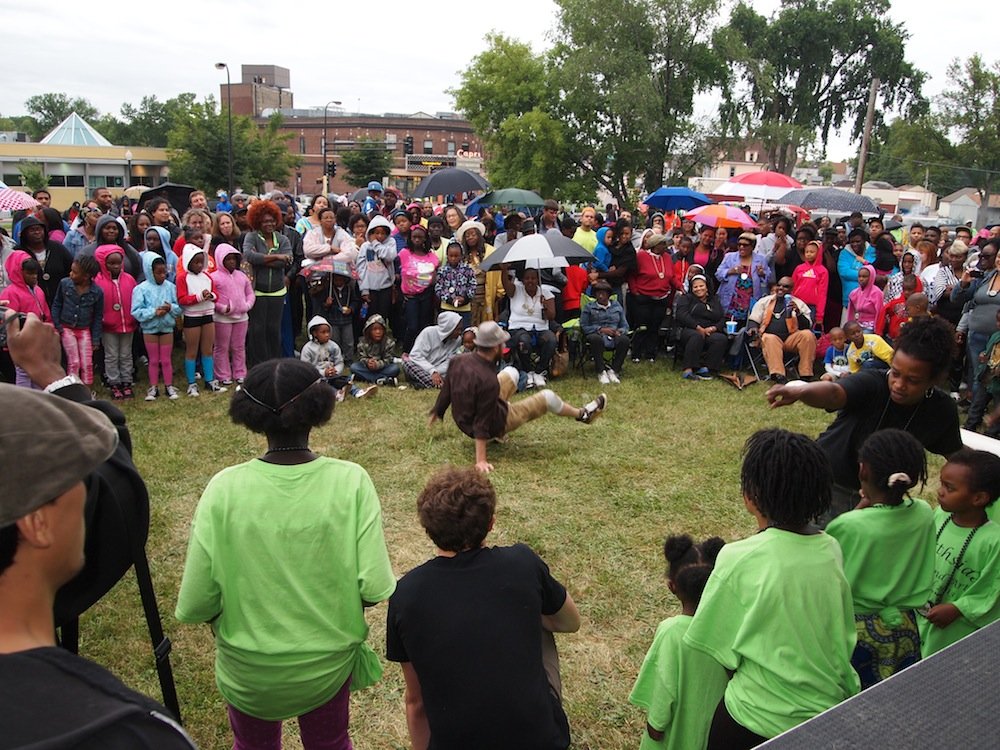 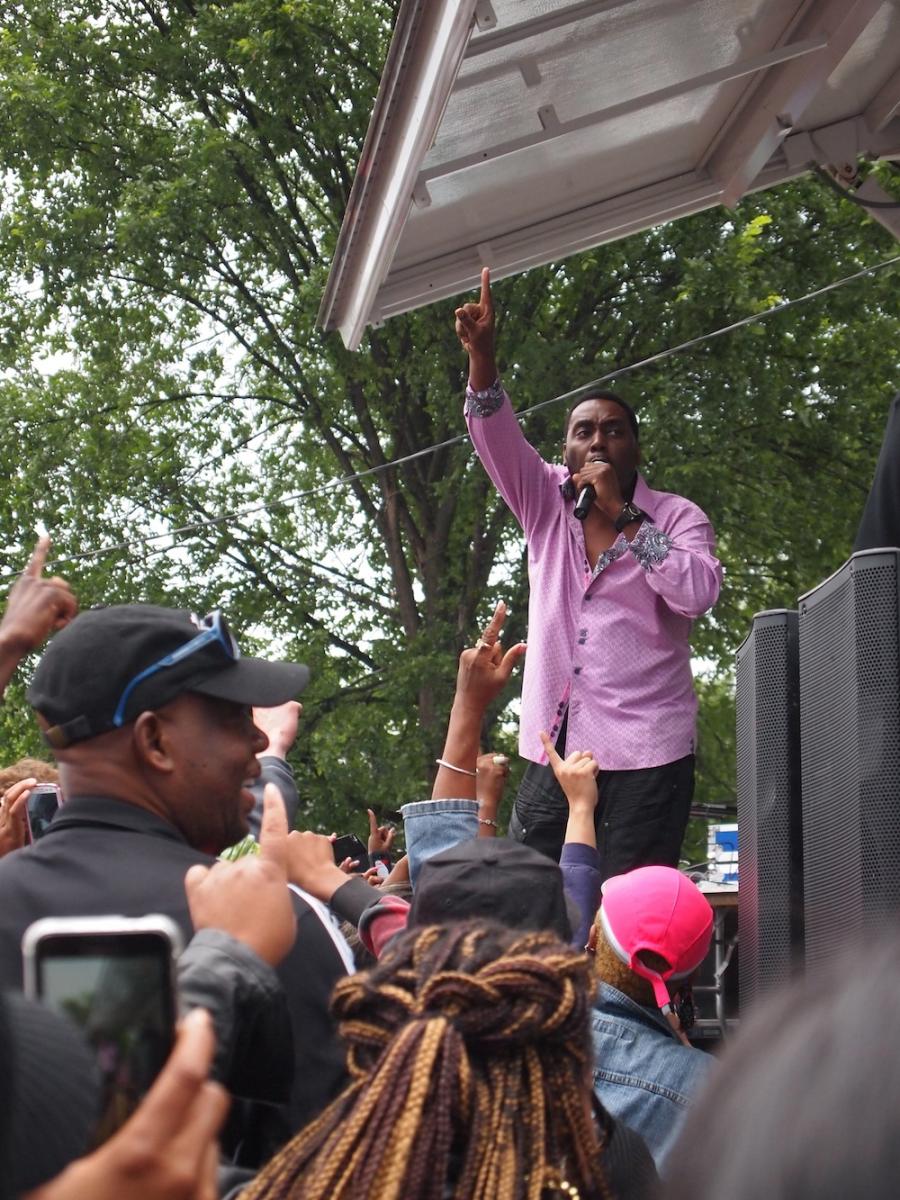 Indoors, on both Friday and Saturday, Wing Young Huie and Ashley Hanson demonstrated the various methods they’ve been trying to engage people around planning for Penn Avenue improvements. 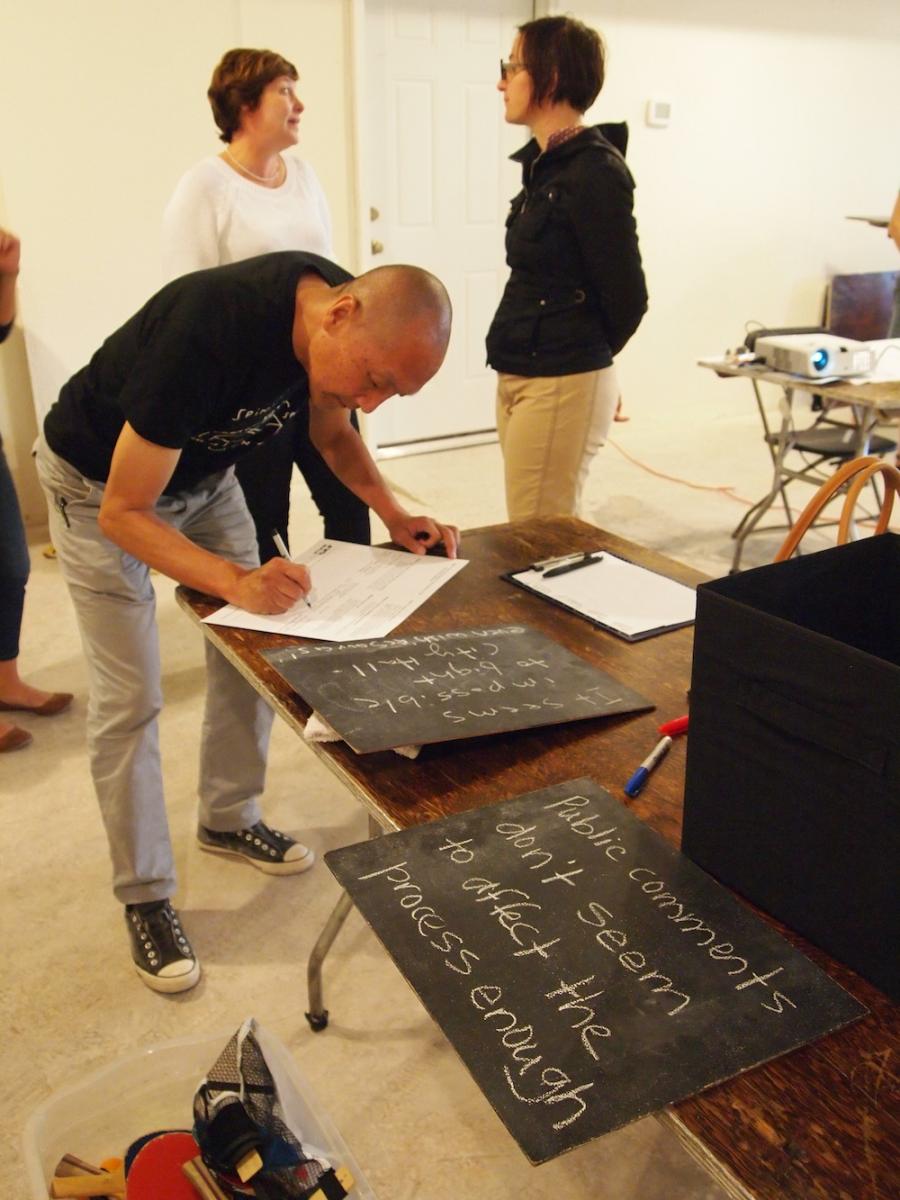 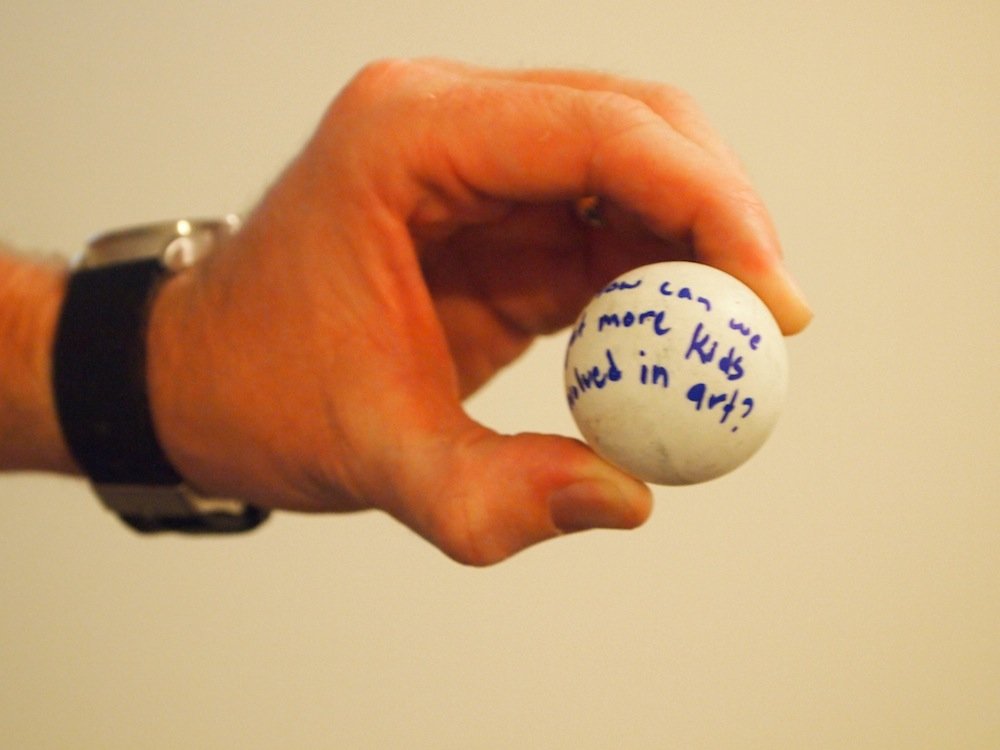 One game involves writing a question on a ping pong ball and then discussing the question while playing ping pong. Another challenge was to “tell your Penn Avenue story in 6 words.” 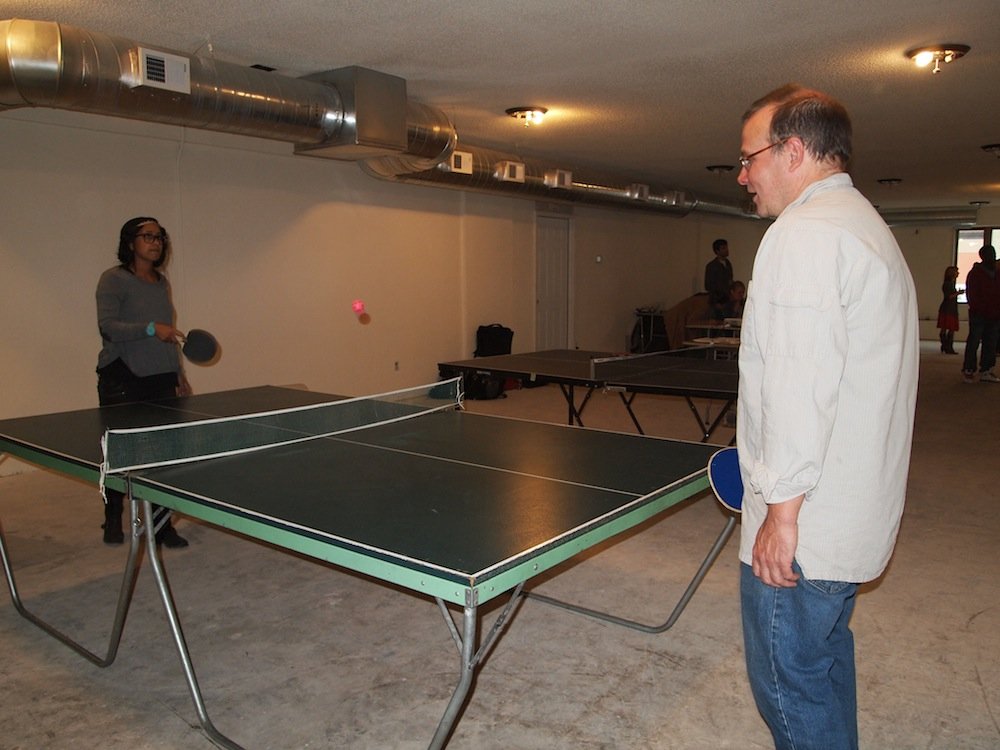