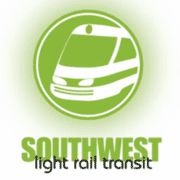 The Twin Cities is making its way towards a more comprehensive multimodal transportation system, from bike lanes and routes to bus rapid transit to light rail. Recently, the latter is receiving more attention, as Central Corridor construction moves along, Hiawatha LRT continues to perform well, and the Southwest light rail’s planning progresses. The Southwest LRT has been in planning stages since the 1980s, according to its website, but the meaningful planning milestones have been reached in the past few years, including designation of a preferred route.

As we wrote last fall, the Southwest LRT reached a major milestone when it received approval from the Federal Transit Administration to enter preliminary engineering, a crucial step for planning and funding. This stage of the process will take about two years and, with a completed environmental impact statement, lead to a full funding agreement and the beginning of construction within another three years. That is, of course, if all goes according to plan.

Those chambers commissioned a poll that found over 50 percent support across the state for the $25 million in bonding for Southwest LRT, peaking at 69 percent in Hennepin and Ramsey counties.

That support may not be the same in the state legislature, however. After all, the metro area chambers of commerce came out in support of existing transit operating funds during the last session, only to be ignored by conservative legislators as they attempted to cut transit funding by over $100 million.

With strong citizen support demonstrated in the recent polling, combined with the success of Hiawatha LRT and the climbing price of gas; providing funding to develop a new entry in Minnesota’s light rail network is smart policy. The business community agrees, and it’s easy to see why: 240,000 jobs exist along the Southwest corridor, and improved public transit will only strengthen the metropolitan area economies and, by extension, Minnesota’s economy.