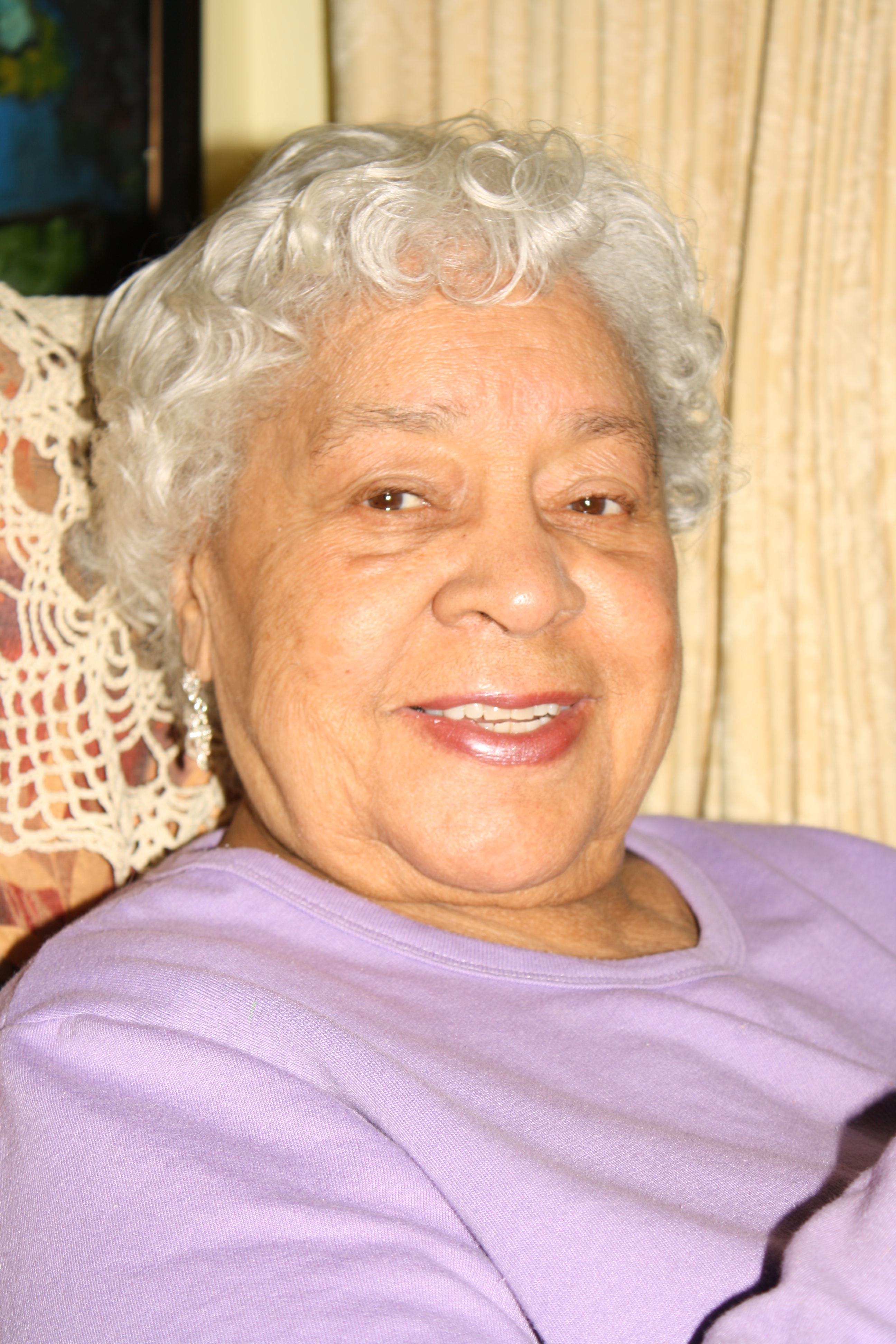 Gloria Richardson Wright was born at Ancker Hospital in St. Paul on May 3, 1923. Her mother was Elsie Harriet, her grandmother was Etta, and combined they are three generations of women native to St. Paul. Her grandparents previous to this were from Selma, Alabama and Kansas.

Gloria had two brothers born in very short order (Oct ’24, and May ’26). Her parents divorced, her father remarried, and one brother from that marriage along with Gloria are the only remaining survivors.

Gloria’s grandparents moved the children from St. Paul to Farmington when Gloria was five years old. “I was raised by my Grandma Etta and Grandpa John. They wanted us to have a rural upbringing, to be reared in a rural setting.”

Gloria stayed there until she was 21 years old. “We were the only Black family. It generally went okay,” she says of her years in Farmington.

She went to school in the same building from elementary school up to graduation. “There were 17 of us. I still keep contact with [her classmates]. I go there to visit them to get out of the cities.”

She was raised Catholic, but was not active in the church. She converted to Baptist and has attended Pilgrim Baptist for 40 years. “I love it.”

Her grandparents moved back to St. Paul, initially to 954 St. Anthony. Gloria attended college after high school, and then went back in 1965. “I went back to school [Macalester College] for my RN.”

She retired from nursing in 1994, “after 40 years with St. Luke’s/United Hospital. It was a wonderful experience. They were good to me. They let me work while I went to school.”

We asked Gloria to tell us how St. Paul has changed over the years.

“Well, you don’t notice it right away. I got a job, got married.” (Gloria has two sons and two daughters, 11 grandchildren, and many great grandchildren. Her children all live close by.)

”The biggest change was the freeway. It was terrible. The noise is terrible. I wrote a few letters to the newspapers.

“There was a blasting [during I-94 construction] that broke a gas line. A backhoe hit it. We’re lucky we didn’t get blown up. You could see the weeds flattening. The backhoe driver jumped and ran for it. The police came to evacuate us.

“The traffic is terrible in the afternoon. One day at the window I counted 500 cars [on Victoria, the cross street].

“The changes? You can see more now. We can move anywhere we want to. You see Somali, Mexican, Hmong. And of course the Caucasians are moving back. Move? I have no desire for a mortgage.” Gloria previously lived at 543 Fuller and at 305 Chatsworth. She has been at her current address for over 60 years.

We asked Gloria what advice she would offer young African Americans living in the city for improving their lives and community, and what needs to be done to make this a better place for African Americans to live and raise families.

“What are young women doing having babies?” she replied. “You don’t even know how to take care of yourself, let alone a child. And blaming teachers? It’s the parents’ responsibility to teach. What can you expect?

“You’ve got to act decent. You’re not second-class citizens.

“Get clean. Get an education.”