From the development of the computer to the refinement of bypass surgery by a Mexican immigrant to the creation of Google, immigrants leave a deep imprint on our society, Dr. Marcelo Suárez-Orozco told the Hendrickson Ethical Leadership Forum on April 28.

Dr. Marcelo Suárez-Orozco, an internationally recognized authority on globalization and immigration who cofounded the Harvard Immigration Project, spoke in Minneapolis, at a time when controversy over Arizona’s new legislation is drawing international attention, and immigration reform legislation is moving onto the Congressional agenda. The Hendrickson Ethical Leadership Forum was sponsored by Saint Mary’s University of Minnesota to honor Dr. Eric Jolly as the 2010 recipient of the Hendrickson Medal for Ethical Leadership.

Dr. Suárez-Orozco described a migration cycle that “began November 9, 1989, the day the Berlin Wall fell, and seems to have come to a halt on September 15, 2009, the day Lehman Brothers filed for bankruptcy in lower Manhattan. During that time, nearly a million immigrants entered our country every year.”

Before the forum, Dr. Suárez-Orozco spoke with the TC Daily Planet about immigration and globalization. He described two broad categories of immigrants, saying that two-thirds of all immigrants come for reasons of family reunification and that about one-third come for work.  Here are some excerpts from that wide-ranging interview:

TC Daily Planet: As the recession hit in 2008, we began to see news reports that “Mexicans are returning home” and that immigration was reversing – do you see evidence for this happening? What is the impact of the recession on worldwide immigration flows?

There is kind of a freeze in terms of the new flows of unauthorized immigration. We used to get something like 200,000-400,000 unauthorized immigrants every year. That came to a halt after the debacle on Wall Street, especially when the construction sector got hit very hard. …

The idea that immigrants are taking away jobs from Americans is essentially a non-starter. Immigrants and native Americans work in different sectors of the economy. …

If you look at education and skill distribution since end of the war, we have created the most successful, most affluent, most educated middle class in the history of the world. That middle class abandoned entire sectors of the economy – not the glamorous sectors, the jobs people want to do, but the jobs that people need to be done. 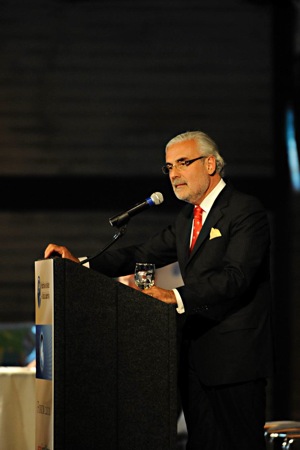 [At the bottom,] immigrants are over represented in the category of people without a high school education. These are the folk that clean the yards, make the beds, cook the food, deliver the food, do the agricultural work and so on.

Also immigrants are at the top end of the diamond – they are a quarter of all doctors, physicians in the United States today. This is a huge bonanza for the American economy because this is all tax free. When you send a kid to medical school at the University of Minnesota, this costs the taxpayers. …

There are probably more doctors from Ghana working in U.S. than there are doctors in Ghana. That comes to us free of any taxpayer investments. These are people who get educated elsewhere, bring the skills with them, and they are value added for the economy.

TC Daily Planet: What do you see as trends in immigration during the next decade?

What happened with the financial crisis of 2008, is that the flows of unauthorized immigration for the first time in 40 years have come to a complete stop. In fact, the United States probably lost people.

The financial crisis was able to slow down immigration in a way that the attacks of 9/11 could not do. The largest border control initiative in the history of our country [following 9/11] had a relatively minor effect on the net flows of unauthorized immigration to the United States. In 2001, there was a relatively small slowing down, probably more because of the economic crisis after the attacks than because of enforcement 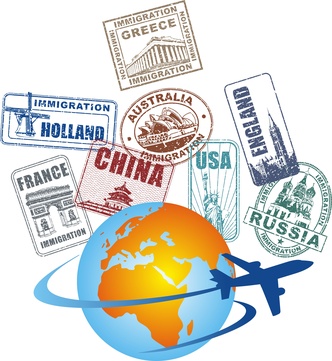 Having said that, the other very important feature that will be with us is that all of the high income countries, beginning with our country, are entering a very unprecedented demographic transformation. Approximately 80 million baby boomers will move out of the labor market, thereby creating an extraordinary vacuum in our economy and our society in the labor sector, moving forward.

This means two things. When the hysteria settles after Arizona, what we are going to learn is that we will need more migrants simply because we are an aging country. The ratio of active workers in the labor market and the retirees has shrunk to an intolerable level. You need people paying into the system for social security to function.

This is true in our country, and it is even more true in Germany, in Sweden, in Denmark. This is more urgent in Europe than in the United States because their systems of retirement are pay-as-you-go. …

If you just look at the fertility equation, it is below replacement. This is true in all of Europe, in Japan, in Russia. This is the hidden story of the 21st century. Today women all over the world – all over the world, not just in high income countries – have on average, half the babies they had a generation ago.

TC Daily Planet: What do you see as the most important provisions for proposed immigration reform legislation?

The holy trinity will be:

First – security at the border and a way to really enforce the provisions that currently are in place that make it unlawful to knowingly hire an unauthorized immigrant, and this may mean a biometric mechanism to make sure that everybody has a right to work. That may be the point of entry to a national ID system down the road …

Second – aligning the visa system that is really broken now. People wait now an average of five years, ten years if you are from one of the top sending countries, if you have a relative here who petitions for you. It shows how dysfunctional the system is. …

Third – a formula to find a pathway to regularize the status of the 11-12 million people who don’t have papers.