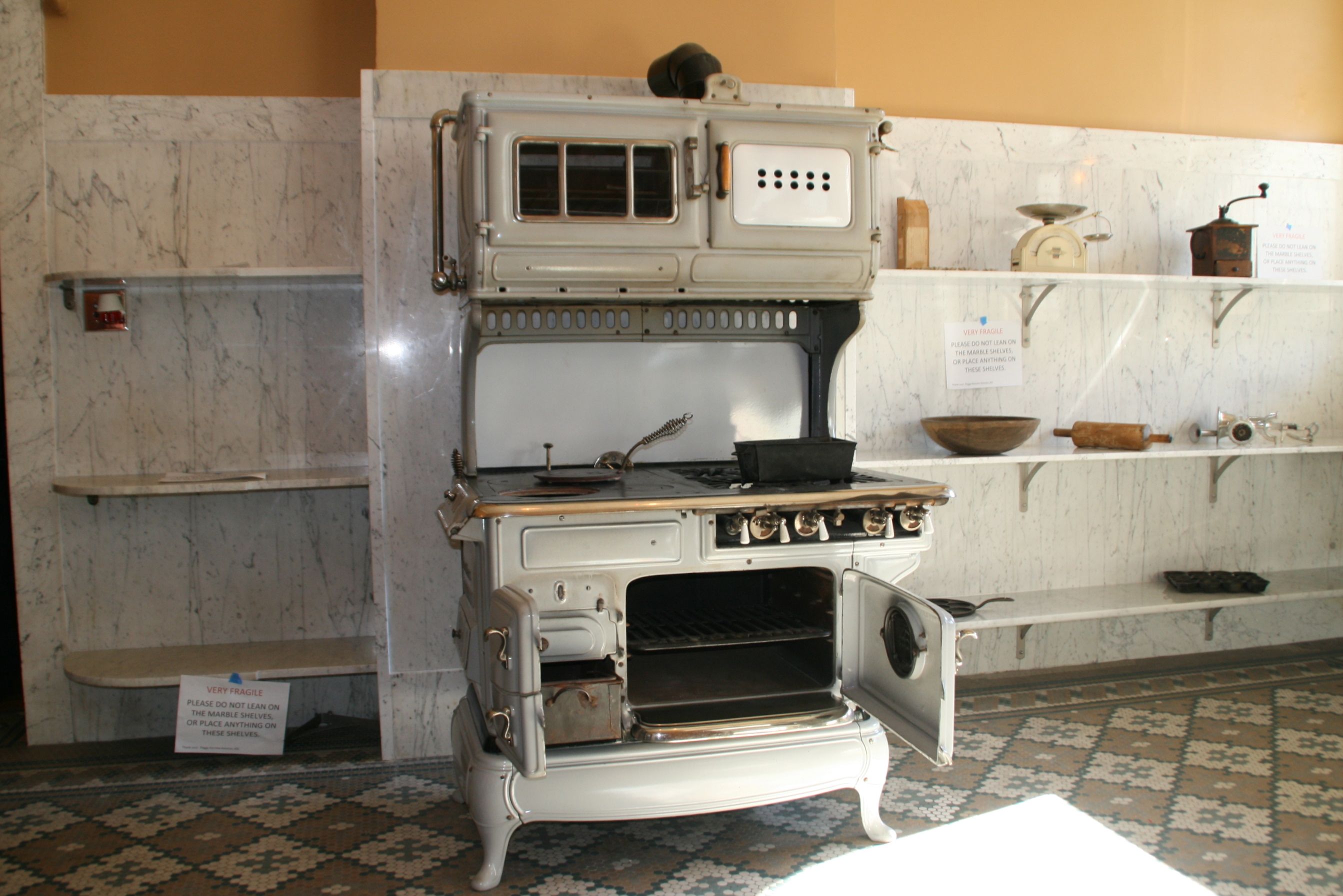 Like many of the very, very rich, the Turnblad family wanted to show off their wealth. So, when it came time to build their new home, they bought six lots at the corner of 26th Street and Park Avenue in South Minneapolis and hired only the best artisans to build their mansion. Even the kitchen was state of the art for 1908, with fancy innovations to fit the family’s high-tech lifestyle.

The current resident of the mansion – the American Swedish Institute – long ago restored most of the home to its original glory, but the kitchen was another story.

For decades, the four rooms that made up the kitchen had been closed to the public, used as office space for the museum shop. “But the kitchen is the heart of the home,” said the Institute’s CEO Bruce Karstadt. “People were asking to see the kitchen. We had to do something about fixing it up.”

To raise money for the project, the museum signed up for a 2011 Facebook fund raising contest, where voters could vote daily for one of 25 projects they found most deserving. The kitchen renovation came in second to the Basilica of St. Mary and the Institute was awarded $90,000 from American Express and the National Trust for Historic Preservation. “The remaining $125,000 came from individual donors who gave anywhere from $10 to thousands,” Karlstad said.

The newly restored kitchen includes a room for dry storage, a prep kitchen and a butler’s pantry. The additional tiny servants’ dining room, with its large street-facing windows, allowed the two live-in domestics, John and Carolina Gustafsson, to take their meals while they watched for their employer’s electric car coming down the street.

The new kitchen isn’t yet open to the public, but a special November 2 event was held for the project’s donors and volunteers. Craftsmen, who had completed some of the final touches the night before the opening party, were there, too.

There wasn’t much guidance on how to go about making the project authentic, said Karstadt. “We had no photos. We didn’t know where the stove went, we didn’t know the original colors of the walls.”

Many of the decisions on how to proceed were left to workers experienced with historic preservation projects. Dave Gunderson, Rick Bean, and David Smith of Fresh Air Finishers, all graduates of the National Institute of Wood Finishing at Dakota County Technical College, were assigned the job of refinishing the extensive woodwork in the 105-year old kitchen.

We do restorations of wood coats and we were expecting to strip the wood,” said Smith. But after a solvent testing, they determined that the original finish was shellac. “Shellac is easy,” he said. “We didn’t have to do any stripping, we just had to touch up the historical coating.”

The team used mild detergents diluted in water for cleaning, did a little light sanding as needed – 400 grit sandpaper, Smith said – and a little touching up of nicks, scratches and some tape residue from when the rooms had been office space.

“The butler’s pantry and the room next to it was full of woodwork. The entryway had water damage from a radiator. We replaced a few pieces of wood that was missing and matched them,” he said.

The prep kitchen offered another challenge. “One of the most interesting aspects of the renovation was finding the right stove,” said COO Peggy Korsmo-Kennon. “It was a community effort. The stove we installed is a vintage circa 1920 dual fuel stove that can use either wood or gas. It’s a reflective of the innovative nature of Swan Turnblad.”

The newly restored prep kitchen won’t be used for cooking. There’s really no way a flex-fuel wood/ gas stove can meet city code requirements and it’s hard to find blocks of ice for the icebox that’s now part of the exhibit. Any food served in the mansion will come from the museum’s award-winning restaurant, Fika. The name is Swedish for “coffee break.”

Visitors can get a feel for what a kitchen of the time might have looked like and how different cooking was, even for the most up-to-date cooks, a little over a century ago. The museum’s newest/oldest kitchen opens to the public on Saturday, November 9, the beginning of the Institute’s ‘Yul to the World’ holiday celebration.

The state-of-the-art stove could use both gas and wood.

The pulls on the upper cabinets in the butler's pantry begin at 6.5 ft and reach the 14 ft ceiling.

The mosaic tile floor had some damage but most is original to the home.

The kitchen's three sinks include a mop-sink in the floor.