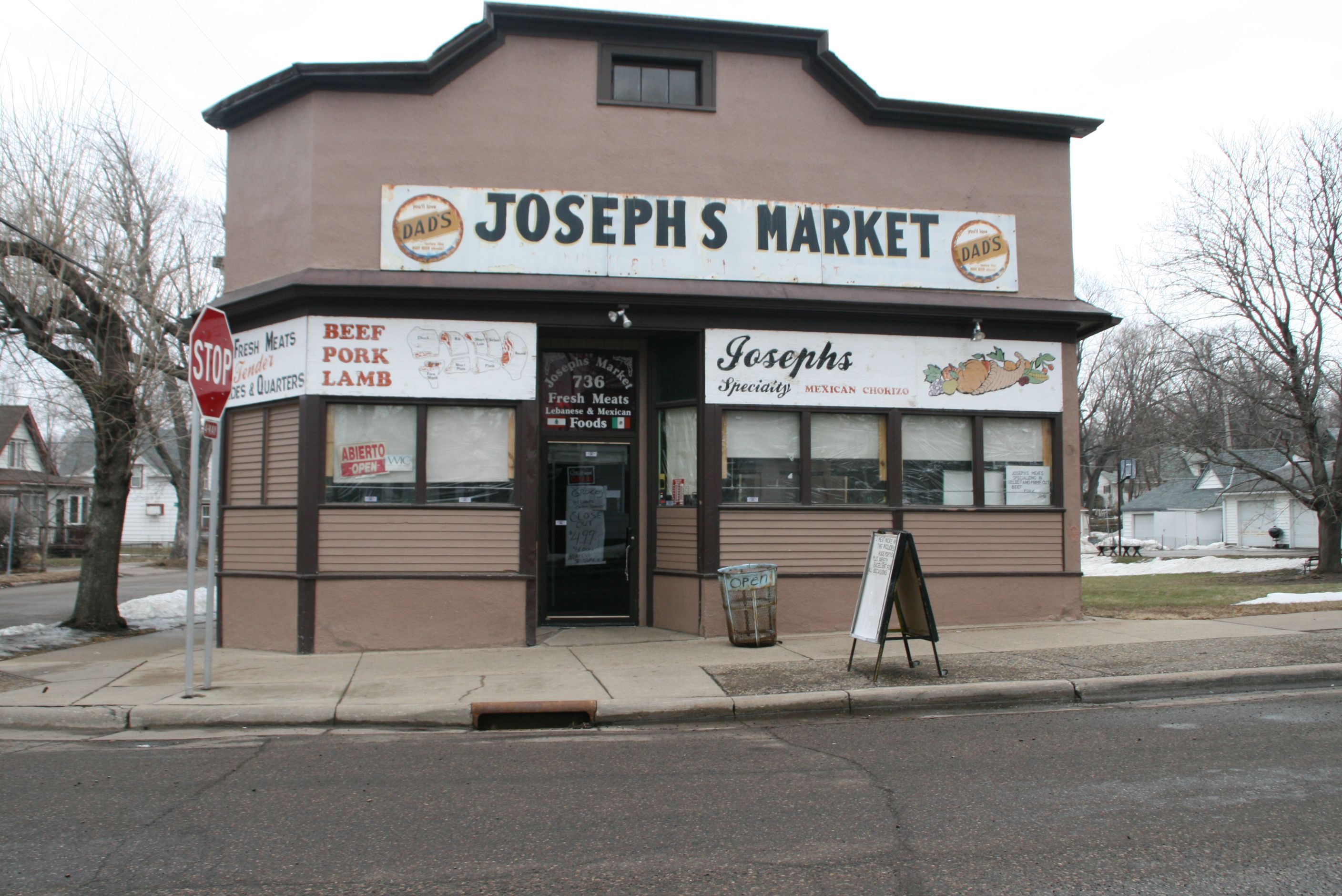 It seemed as if the whole Westside neighborhood had stopped by to say goodbye. After 38 years, Gene and Irene Josephs were closing the doors of Josephs’ Mexican and Lebanese Market in St. Paul. For two days at the end of March, hundreds of people showed up, bringing cards and gifts as a way to show their appreciation.

“People kept coming in. They brought things to eat and drink and it turned into a wonderful party,” said Irene. “I’m going to miss all these friends, but I want Gene to retire.”

In 1976, with the help of a government loan, the couple bought the little neighborhood grocery, and started selling fresh meat and Lebanese foods like lamb kibbe, lamb or spinach pies and garlic sauce, made in the back from Gene’s family recipes. As the years passed, the neighborhood changed and so did the store, adding tamale packs at Christmas and homemade chorizos as well as Mexican spices and beans.

Last year, St. Paul’s Department of Inspections was swallowed by the more stringent Minnesota Health and Agriculture Department, and when the Josephs’ grocery and butcher licenses came up for renewal in December, for the first time in 38 years, they didn’t pass. “We had been grandfathered in for a lot of things,” Gene said as he set some freshly made chorizos into the cooler. “The store has aged and we haven’t kept up with some of the new regulations.”

Customers like John Bidon came in to shake hands with Gene and to give Irene a hug. Gene heads to the back of the store and emerges with a jar of spicy mole sauce. “I’ve come in to buy it for years,” he said. “I called Gene and he put one aside for me. This is the last one I have.”

“We’d still be here if we didn’t have to jump through all the hoops,” said Gene. “I’m 77 and Irene doesn’t want me to work anymore. We’d have to strip the floors and repaint, replace all the wood counters and the butcher block (in use since the 1930s) with stainless steel. We were thinking that it would cost $15,000 to bring it up to regulation, but now I’m sure it would cost a lot more than that.”

Nicole Bulera-Ropas and her daughter Adrian stopped by one last time. “Gene went to butcher school with my dad, a long time ago in Chicago,” Nicole said. “But, we’ve been in the neighborhood for 18 years. I’m going to miss Gene and Irene.”

“People in this community need a boost,” said Manuel Lopez who’d driven in from White Bear Lake with his wife Lil. “When you come here, you don’t just say hello. You get hugs. I’m going to miss them. Coming to Josephs is not like going to most stores. When you come here you get to know people. Irene will put her arms around you. The local kids all come here to hang out – they need friends like Irene and Gene.”

“I’ve lived in the neighborhood for 30 years,” said customer Conrad Pena. This place was a favorite hangout for my kids. This is the last of the neighborhood grocery stores. It’s sad to see it go.”

Irene is not convinced that Gene is going to retire and she may be right. Gene plans to work part time at Illetschko’s Meats and Smokehouse in South St. Paul, cutting meat and making some of his specialties, like the kibbe, the chorizo and the garlic sauce to sell there. “I’m not sure how much I’ll end up working,” he says. “Maybe one day a week, maybe 30 hours.”

People keep arriving at the store, but Irene has to leave to pick up ingredients for more garlic sauce. “We’ve run out of garlic and lemon juice,” she says. “I have to make more. People are demanding it.” As she leaves a group of neighborhood kids come up to give her a hug.

Irene plans to take it easy, spending time with her four grandkids and three great-grandchildren. “People have been so nice,” she says. “But, it’s time to go.

Irene and Gene Josephs ran the butcher shop and market for 38 years.

Gene keeps the secret chorizo recipe in a safe.

Del Aguilera stocks up on chorizos.

Old friends come in to say goodbye as Josephs' closes their door one last time.