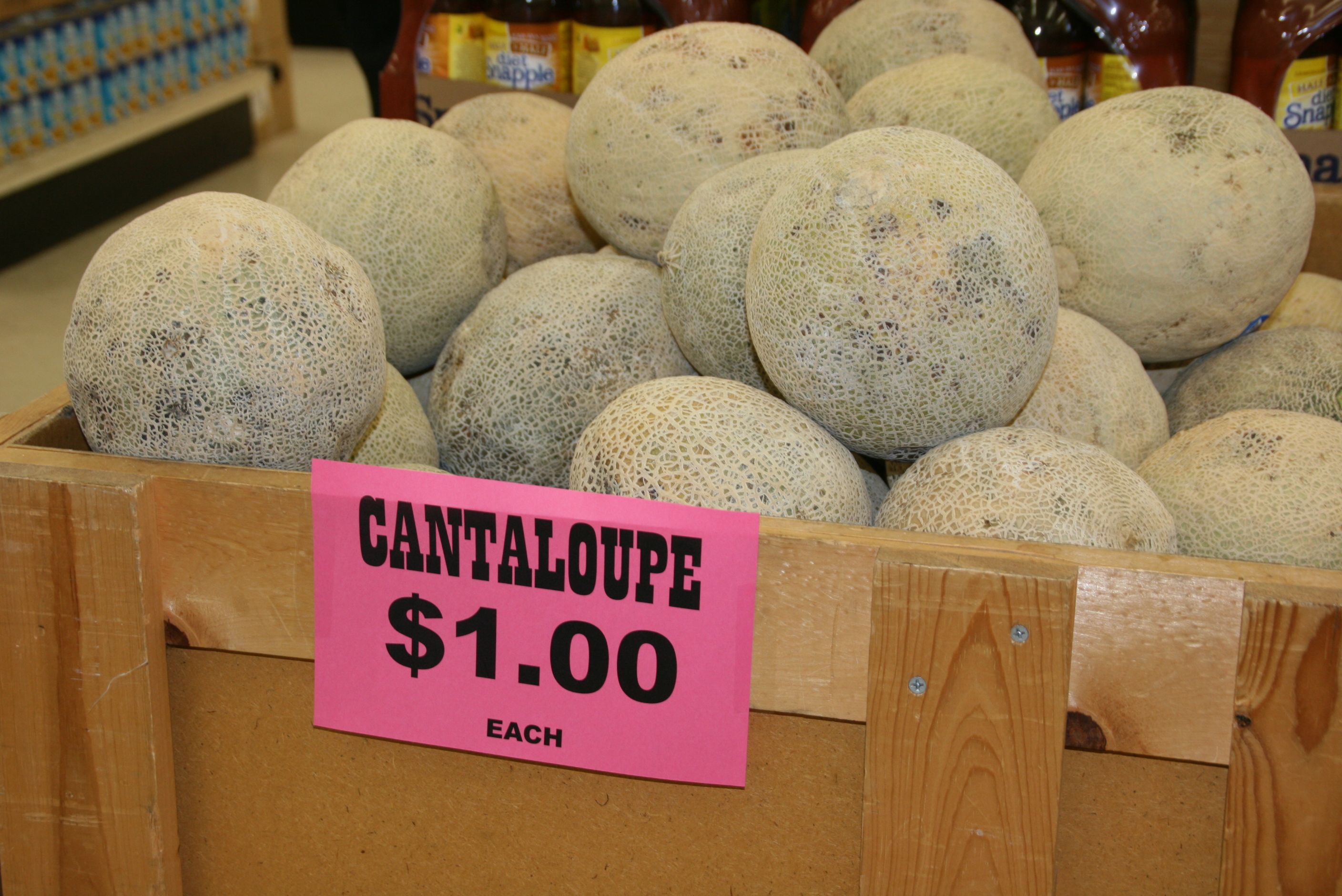 For those in the know, Mike’s Discount Foods is the premier destination for grocery shopping in the Twin Cities. It’s not fancy or exotic (well, sometimes it’s exotic) but food shoppers who want to buy their groceries at an extreme bargain prices and are willing to put in a little time and effort, Mike’s is the place to go.

The first Mike’s opened in 1989 in Anoka. Today, you can choose any or all of the three Mike’s grocery stores, two small neighborhood stores in Anoka and Hilltop (a tiny town of 77 acres on Central Ave., entirely surrounded by Columbia Heights) and an 8,000 sq. ft. supermarket in Fridley.

Owner Mike Abernathy had spent his life in the grocery business, at local chains like Applebaum. According to Nick, Mike’s son and business partner, the store was the culmination of a longtime dream.

“My dad always wanted to own his own business,” said Abernathy. “He started by getting to know suppliers from all over the country.” Mike’s now buys overstock, discontinued products and items close to their sell-by date from 20 and more suppliers. “If we can get a deal on it, we’ll buy it,” is the store’s motto. “We’ll buy 25 pallets if we get a good price,” he said.

That’s how Mike’s customers can walk away with bags of groceries and pay not much more than a sawbuck or two. The biggest sellers, says Abernathy, are the fresh produce and the packaged grocery items, but frozen prepared foods, frozen meat and fresh dairy items are also for sale. Sometimes choices are limited. Only one flavor of yogurt might be on the shelves, but it it’s a favorite, why spend four times the price at a big chain grocery store? This is not the store for those who think that a can of chicken soup a week past sale date is somehow unwholesome or that a bruise on a peach makes them less sweet.

“Sometimes in the summer, strawberries will come in wet,” Abernathy says. “The warehouse will reject them because they have a shorter life. The big retailers need seven or more days to sell them. We put them out and sell out quickly. We’ll pull out a full pallet – that 846 lb. – and sell them cheap before they go bad. People will buy them, eat them right away or freeze or can them.”

Some items are usually in stock, like the bagged salads for $1, (although sometimes the cashier will point out, ‘those are two for one,’ to make sure a customer doesn’t miss a bargain.) There is always a choice of cereals on the shelves, but the selection might change. You can always find fancy flavored waters or soft drinks, too, all discounted.

Sometimes there will be odd non-Midwestern brands like Kroger cereals from the South or Larabar Uber Sticky Bun Fruit and Nut bars from Colorado. Sometimes there are truly exotic foods that show up once and a never seen again, like the hot sauce in a bottle that’s covered with Zulu art and made at a South African fair trade company. “From day to day, week to week, the inventory varies. If there’s something you really like, buy up,” said Abernathy.

“We’re a close-out store so we keep our expenses low,” says Abernathy. “ We do almost no advertising, we just let our customers brag to their friends. We have people who come 50 miles to shop at our stores.”

Semi-regular customer Bonnie Sherts and her sister Betty Rask drove from Elk River with their husbands as part of a daytrip celebration for Bonnie’s 80th birthday. “We’d come once a week if it were close. We like the prices and we find things we can’t find any place else, like a big block of melting chocolate I once found,” said Sherts.

“I come here first and get all my fresh fruits, vegetables and meat,” says long-time customer Mary Lou Spann. “I’ll go to other stores only if I can’t find what I want here. You have to be a smart shopper. The yogurt is terrific so I’ll get three or four cases at a time – that’s 12 to a case. I don’t mind that it’s near or past a sell-by date. You just have to look at it and if it looks decent, you buy it.”

The stores sell #2 produce – fruits and vegetables that may have a cosmetic flaw but are still healthy and delicious. “You may not find a bruised apple at a lot of grocery stores,” says Truvor Garvy, the assistant manager at the Anoka store, “but you don’t see them selling Honeycrisps from Minnesota for 99 cents a pound, the way they sell them at the orchard.”

“This isn’t everyone’s cup of tea,” he says. “But it’s good to see people come in and buy fresh produce and eat healthier food. And the best is we get families in here. Some come in five days a week because we have better prices than anyone in town.”

The Honeycrisp apple I tried had only one bruise. It was really good.

Here’s my haul from a recent trip to one of Mike’s stores:

The Fridley store is Mike's largest.

Thank you for shopping here.

Bagged salads sell for a dollar or less at Mike's.

Whole frozen sandwich hams for about $30 and whole roast turkey breasts for $17. Community potluck, anyone?