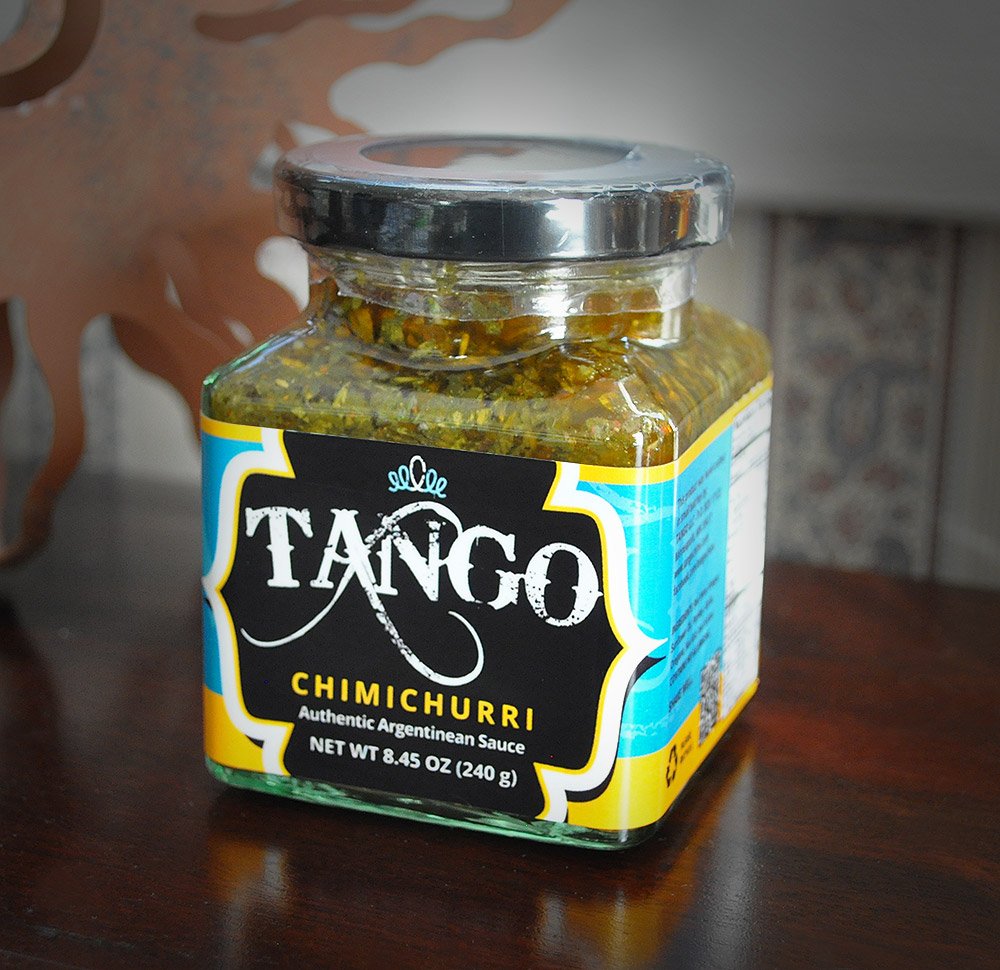 It all started with two friends, a family recipe and some casual conversation at an early April birthday celebration. “We were talking about our plans for the summer,” said Suzie Holzinger. “I said, ‘I wish we could sell something at the farmer’s market,’ and everyone agreed that the natural choice would be to make and sell Mariana Leimontas’s chimichurri sauce.”

Chimichurri, nicknamed chiri, is a kind of garlic vinaigrette parsley grilling sauce, so ubiquitous back in the old country that it’s sometimes called ‘the ketchup of Argentina.’ Leimontas brought her father’s recipe with her when she moved to Minnesota from Buenos Aires nine years ago, during one of Argentina’s many economic crises. It was a huge hit with her new American friends.

Neither Holzinger nor Leimontas had any professional experience making or selling edibles. Holzinger still works at Park Nicollet’s financial department and Leimontas does website and graphic design for a company in Stillwater. “But we said, ‘Why not?’ and by the next morning we had the name – Tango Chimichurri – and the logo,” said Holzinger. On April 14, Tango Chimichurri joined Facebook. That’s when the real work started.

“At first you don’t know where to start,” said Leimontas. “You need an accountant, you need insurance, you need to find a commercial kitchen.” By May, the two were meeting with the City of Minneapolis for a permit and with the Minnesota Department of Agriculture for a food license.” They found they were spending all their free time researching how to make and sell Tango Chimichurri.

“The City of Minneapolis has a lot of people there to help, but we did it all ourselves,” Holzinger said. “There was a lot of calling and a lot of waiting.”

They started product testing at GIA Commercial Kitchen in St. Paul, where they rent space for a few hours each week. Originally, the plan was to can the sauce, but, said Leimontas, “We ordered jars of canned chimichurri online. They were awful. They’re not the real thing. Canning changes the flavor.”

Test batches proved that if they wanted to make authentic chimi, the kind served every weekend with the gilled meat cooked up in thousands of Argentinian backyards, they’d have to get the bulk of their ingredients from the home country. “I couldn’t get the spices right. I went all over town. When we started to import them, it made a huge difference. This is the kind of chimi we eat in Argentina. It’s got an Italian taste from the Italian immigrants there,” said Leimontas.

The Tango recipe is authentic she said. “We use no lemon, no mint, no onion, no cilantro. It’s fresh with no preservatives.” Ingredients include red wine vinegar and sunflower oil instead of olive oil. “Olive oil has a specific flavor. Sunflower oil is high oleic oil [which] has a high smoke point.” The oil, she says is locally sourced, as are the fresh herbs.

By June, Tango had a contract for a booth at the Minneapolis Farmer’s Market. That meant more hoops.

To sell prepared food at the Minneapolis Farmer’s Market means meeting exacting standards said Leimontas. “You need an application where you describe how you make it and where you get the ingredients. The city and the Department of Agriculture comes and inspects you.”

“Even sampling is complicated,” Holzinger said. “You have to have nails brushes, paper towels. We have to slice the bread at the commercial kitchen.”

During the summer, the two women spend each Friday evening before market day in the GAI kitchen, chopping ingredients and filling each jar, one by one, with the chimi. “You can’t just make it in large pots and scoop it in jars,” Holzinger said. “Our first batch took seven hours to make 50 jars.” A month later they’d more than cut the work time in half, spending only four hours to make 70 jars of the sauce. They test the PH of every jar to make sure it has the six-week shelf life they promise their customers.

Their weekends at the Farmer’s Market brought them many fans and a few critics. “One woman came up to us and told us that she’d been to Argentina and this wasn’t what she’d eaten there,” Leimontas said with a laugh. “She thought it should be minty. Well, maybe she’d been to Florida Ave. (the tourist strip,) but she hadn’t tasted authentic chimichurri.”

“We were offering samples,” she said. “And, one man told us, ‘I don’t try things I can’t pronounce.’”

With the Farmer’s Market closed for the season, Holzinger and Leimontas are hoping to get their products into The Wedge and other co-ops and trying to set up appointments at local grocery chains like Byerly’s and Kowalski’s. Right now, Tango is available only online but the women will deliver the jars to anyone in the metro or Stillwater areas and will cold ship to anywhere else. Jars cost $8.50 each.

“We’re looking at other ways to sell this,” said Holzinger. “It would be a good fit for a deli. We might do shows and events.” They are already planning another summer at the Minneapolis Farmer’s Market. If they are successful, they say may try a second, spicier version.

From the spark of an idea last spring, the idea of Tango Chimichurri has grown into a near obsession for both women. But, for Leimontas, there is a special and personal connection that drives her.

“My father died since I moved here,” Leimontas said. “This is my dad’s recipe, so it has a big place in my heart. It’s a part of Argentinian tradition. When I smell our chimichurri, I’m back in Argentina.”

A jar of tango, ready to open and eat