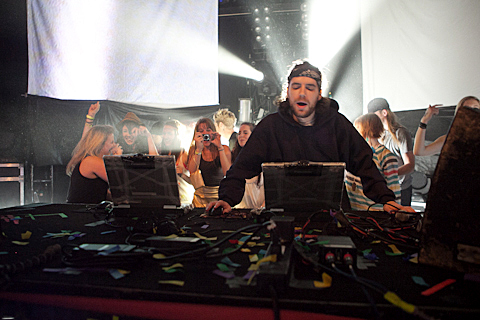 It was a young crowd who packed First Avenue on Tuesday night for the first of two very sold-out shows by mashup king Girl Talk. The youth of the crowd was unsurprising, but incongruous given that the sound of Girl Talk is the timeless sound of pop music nirvana, where the Isley Brothers, Steve Winwood, the Fine Young Cannibals, Jay-Z, and Lady Gaga all hogpile together in pursuit of their great common ambition: to fill the floor.

Girl Talk is Gregg Gillis, 29. After some early-career experiments with original electronic music, Gillis hit paydirt with high-energy mashups: combinations of recognizable elements of pre-existing songs. What distinguishes Gillis from other mashup purveyors is that while most are content to mash two songs into one, Gillis can whip through a dozen samples in just a few minutes, leapfrogging them over one another in a heady rush of hooks. The rapid transitions have an effect on a party akin to the effect of a nitrous oxide system on a car engine. (Full disclosure: to write that sentence, I had to Google “how to enhance a car engine.”)

For Girl Talk to perform live, then, simply means Gillis plugging his laptop into some giant speakers. On his current tour—supporting his 2010 release All Day, which he’s distributing free to help evade legal pursuit by the artists he samples without permission (that would be all of them; see my review of the documentary Rip!, which stars Gillis)—he’s brought some bells and whistles including confetti guns, a balloon drop, and giant inflatable plastic worms that get shot out over the crowd. He also has a couple of big screens and an LED runner crossing the front of the stage, providing visuals synched with the music. An extra-wide moat separated the stage and the crowd; photographers hoisted cameras on poles to try to catch Gillis in action at his high table. It was pretty much a party in a box, and it made for one of the most exciting music concerts—or “concerts”; whatever—I’ve ever seen.

It’s hard to know what exactly Gillis does up there on his laptop, surrounded by a throng of dancers admitted onstage at the beginning of the show. He waves his arms, removes his shirt, whips his sweaty hair around, and frequently grabs a mic to shout, “Minneapoliiiiiiisssssssssssss!” The result, though, is a heady stew of clips from his recent albums, beginning and ending as All Day does: from Black Sabbath to John Lennon. (See MashupBreakdown.com for a visualization of exactly how Gillis works his magic.) On Tuesday night, there was an encore of several minutes, comprising either one or three dozen songs, depending on how you count.

How do you even “review” a show like this? It was absolutely fucking nuts. Almost everyone danced the whole time. Arms were constantly in the air. People were grinding on each other on the mezzanine rail and even on the pizza counter, for God’s sake. I was standing in front of the speakers at stage right, letting the breeze from the woofers keep me cool in the sweltering heat. (Yes, I wore earplugs.) A woman was dancing wildly in front of me; a series of guys came up to her, looked at me and pointed at her to see whether she was my girlfriend, and learning she was not, tried to dance with her. (And by that I mean getting, in the words of Amanda Blank, “all greedy from behind.”) She didn’t even seem to notice. First Ave staff kept the bars lined with cups of water, presumably correctly guessing that a lot of those homies were rolling.

When the confetti cannons went off during the encore, I just leaned my head back, opened my mouth, and let the brightly colored slips of paper fall onto my tongue like snowflakes. It seemed like the thing to do. 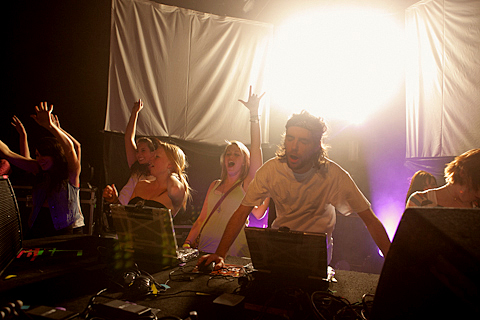 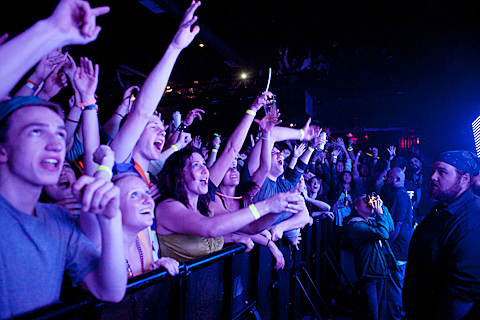 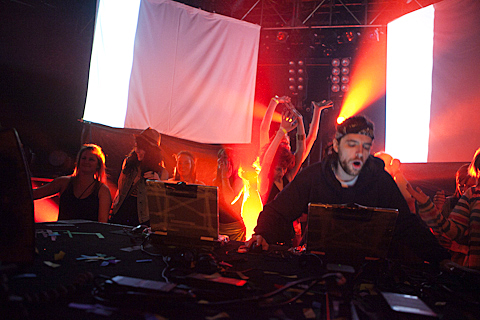 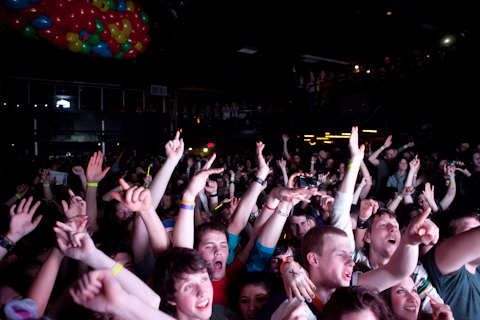 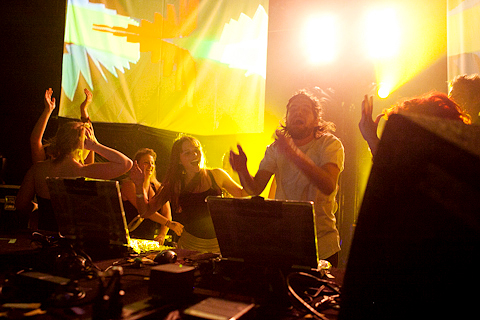 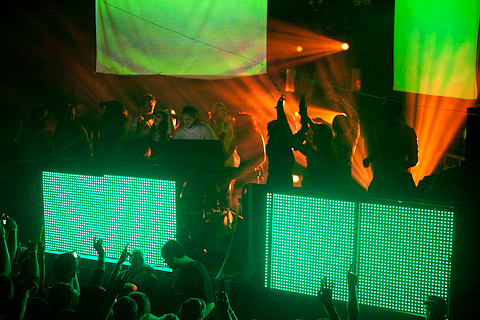 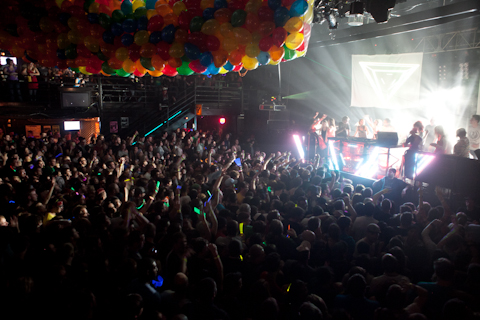 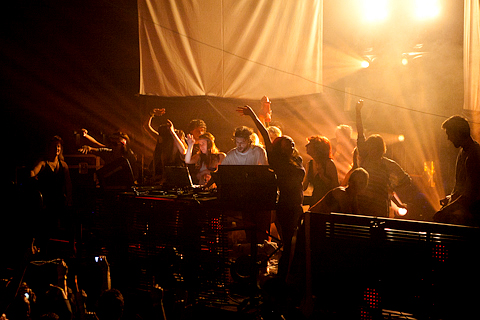 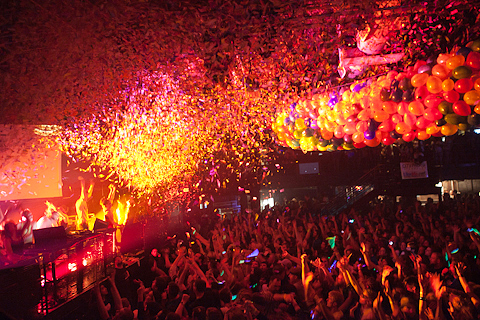 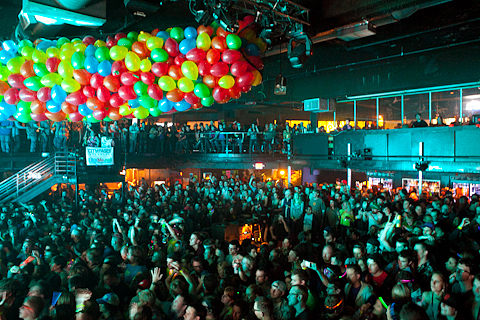 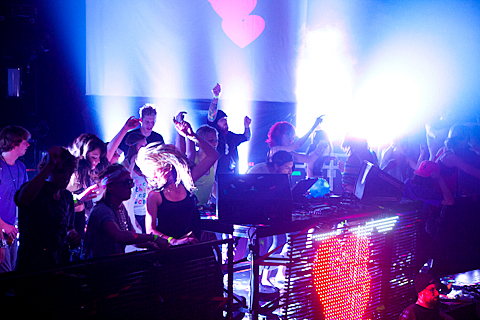 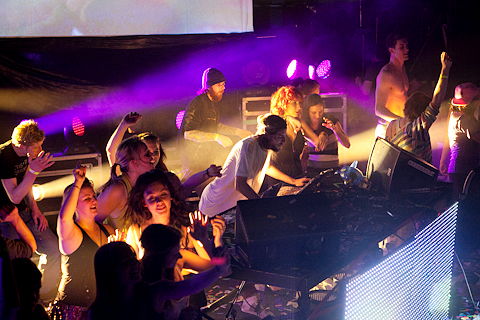 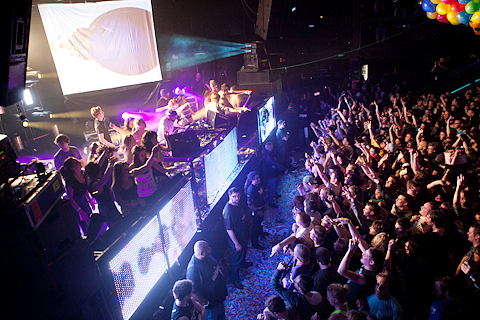 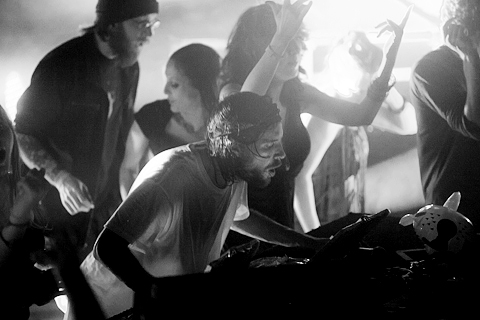 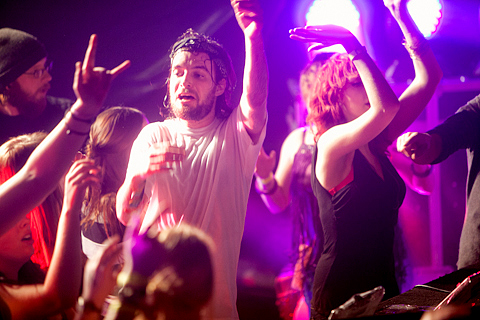 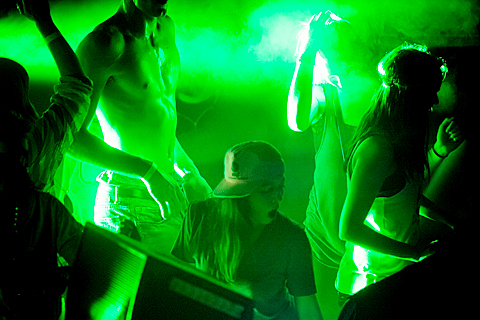 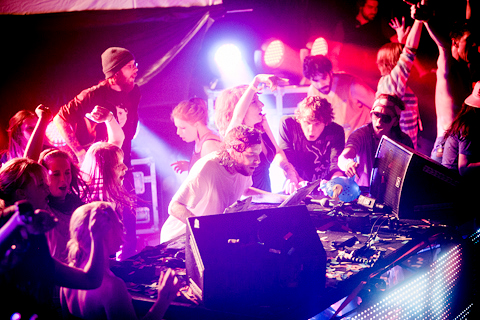 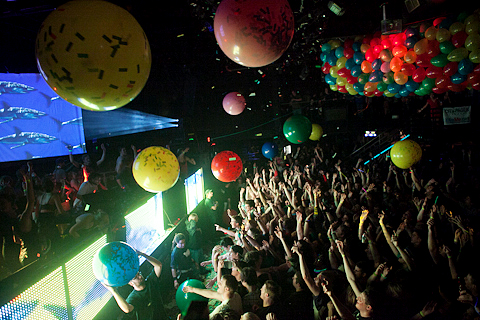 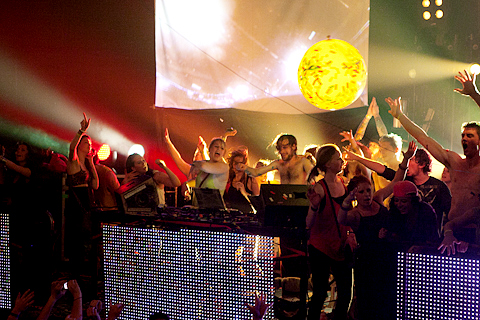 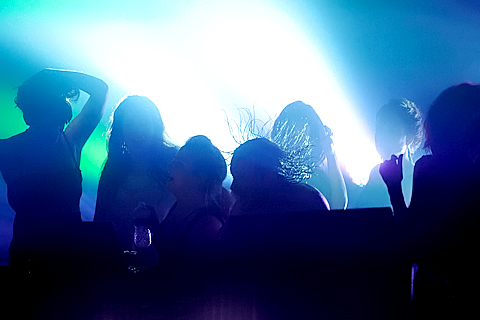 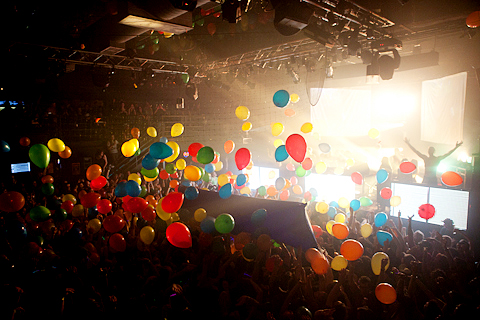 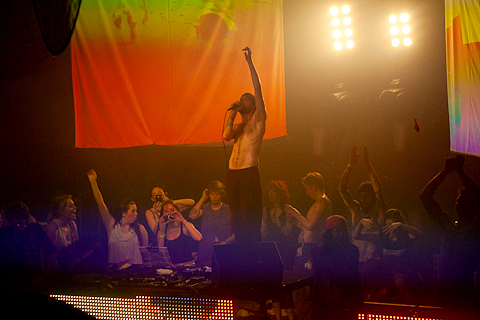