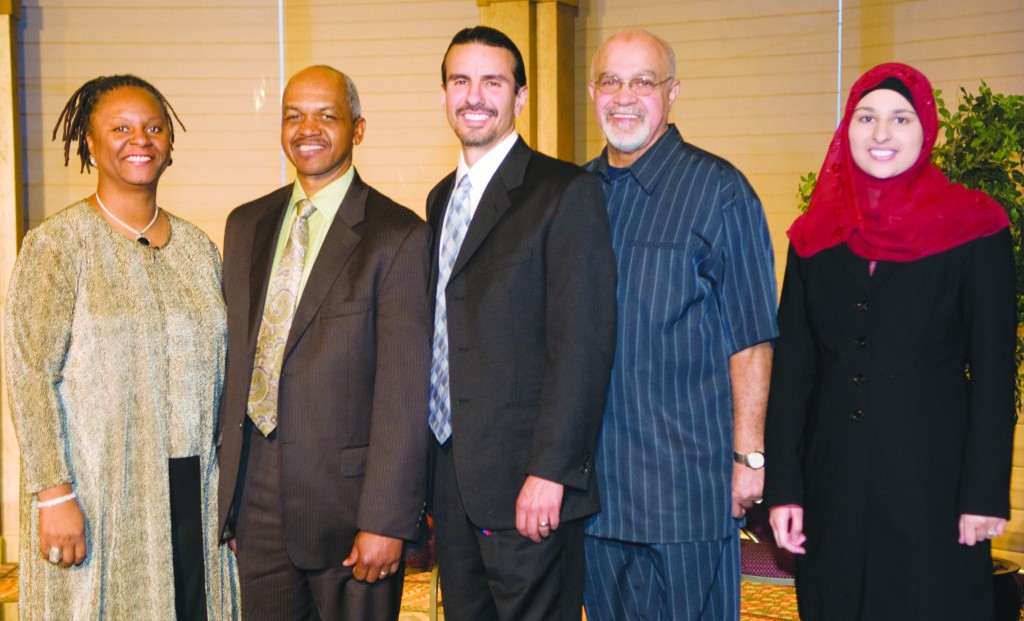 The Facing Race Ambassador Awards began five years ago to recognize those who work to improve equity in the state. On May 3, at the St. Paul Crowne Plaza Hotel in St. Paul, the St. Paul Foundation honored five 2011 Minnesota equity ambassadors. Three award winners received honorable mentions and $1,000 grants, and two award winners received $10,000 grants to be given in their names to the organization of their choice. 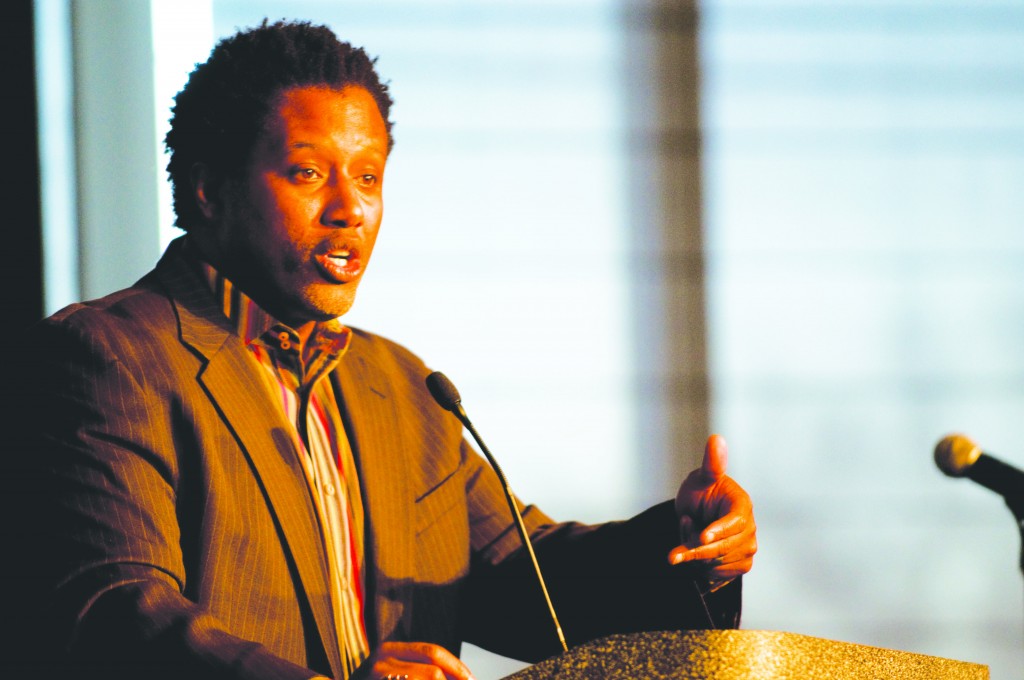 Emceed by Angela Davis, the event included an honorable mention for A. Lori Saroya, co-founder of the Minnesota chapter of the Council on American Islamic Relations, who was recognized for her work in educating the broader community on Islam and Muslims, and helping to resolve legal complaints such as job discrimination and racial profiling for Muslims in Minnesota.

Reverend Paul Slack was honored for his success in committing a percentage of state and federal funding through MnDOT to job training for women and people of color.  Dr. Anton Treuer, a Bemidji State University professor of Ojibwe, was recognized for working to revitalize the Ojibwe language, which is nearly extinct in the United Sates.

Muhammed Bilal, diversity consultant, poet, musician and spoken-word artist, began his keynote speech by having all attendees raise their hands and repeat the phrase, “I am a homogene,” a word he defines as a person who experiences some level of discomfort around some form of difference.

While speaking with MSR during a phone interview, Bilal explained how his early life experiences drew him to work involving diversity. He was born in Washington, D.C. in the early ’70s to a light-complexioned African American father and a dark-skinned mother.

“My dad decided that all the history in his family — that history of light folks being with light folks — that it was time for it to be over. He was in love with my mom.”

Bilal’s two sisters had skin coloring similar to their father, while Bilal, like his mother, was darker. “I was the one [who], when I would go to my dad’s family gatherings, that I would get it — they would talk about how nappy my hair was, how dark my skin was. So I had sort of this inter-cultural issue around race, and I realized at a very young age that I wanted to heal that. I didn’t want there to be a rift between our families.”

At age 11, Bilal moved from D.C. to an African American community in San Francisco. Outside of his neighborhood, “I started to see Asian Americans for the first time. I saw men holding hands in a loving way. I’d never seen that.”

While seeking ways to challenge his own thoughts on diversity, he realized that he was limiting himself by staying in his neighborhood. A person seeking to have less “homogene” tendencies, Bilal believes, must be willing to constantly expose themselves and navigate the uncomfortable situations.

It wasn’t until he went to college, however, that he realized how passionate he was around issues of diversity, and after completing an MA in diversity and being on MTV’s The Real World, he was asked to do lectures at colleges across the country. At the Ambassador Awards event, Bilal gave thanks to the award winners for their efforts toward diversity.

Nathaniel Abdul Khaliq was honored for 17 years of leadership as president of the St. Paul NAACP. He was also recognized for his work on an antiracial profiling agreement with the City of St. Paul and working to make changes to County and State racially biased gang databases.

Accepting the award, Khaliq used the opportunity to point out continuing inequities in the criminal justice system. “At one time, when a brother was out there slinging crack, going through our community like wildfire…people were demonized and marginalized, and the only solution was incarceration,” Khaliq said.

“But when White folks start messing with meth, it was a whole different response; they humanized it, and within months, the whole outrage and response to meth turned into one of trying to save our babies. And the only thing we’ve ever asked is not special treatment as a people, but equal treatment.”

Velma Korbel, the City of Minneapolis’ director of civil rights and the board chair of the YWCA, was recognized for her part in the creation of YWCA’s Time to Talk forums. The forums bring together approximately 1,000 people annually to discuss and learn about the effects of racism.
“I remember at five years old losing my best playmate to a segregated school system,” Korbel said when accepting the award. “And I remember at six years old coming back from a family vacation, having to sit on the side of the road in the middle of the night for what seemed like several hours while our car was being searched… I remember when I was in East Texas and the school that I attended was finally integrated.”

Though East Texas definitely still has its challenges today, Korbel said that Minnesota also has a long way to go with its three-to-one unemployment rate and two-to-one four-year graduation rate when comparing Blacks to Whites, where 27 percent of Black children live in poverty, and where and 29 percent of Black families own their homes compared to 79 percent of Whites.

For more information on the St. Paul Foundation’s Facing Race Ambassador Awards and to see video clips of the event, go to www.facingrace.org.